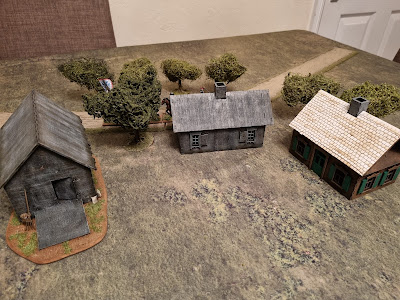 I'm still on my break from the Haitian buildings, this time, although still on the buildings, I've crossed the pond to the Hapsburg Empire of the 1600's.
I wanted some Austrian style farm building, for my Ottomans to pillage on their way to Vienna. 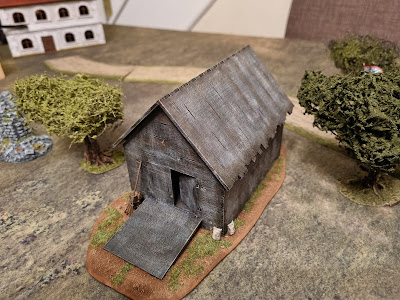 The first building is quite obviously a barn, but its no mere barn in fact it started life as a Warbases, Eastern European barn. I wanted my farm to look a little unkempt and worn out, so painted in up in various shades of grey, to give it that aged look. 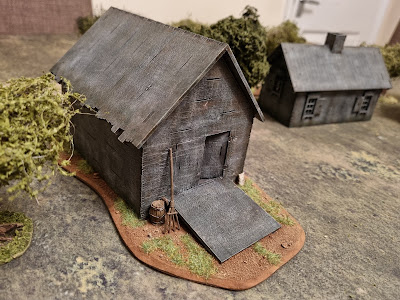 This models had to be based, because of the ramp, I'd have snapped that off in no time if I hadn't, so I added a few scenic items to the base, barrels, sacks and a rack. 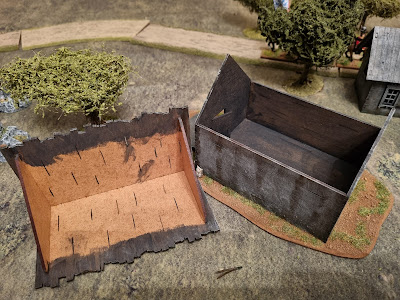 I don't usually paint the inside of buildings, but as I glued the door partially open I thought it best. 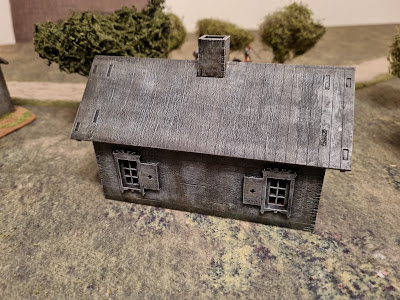 The second building is also from Warbases and is sold as Easteren European House 1, again I kept to the dark dingy colour scheme. 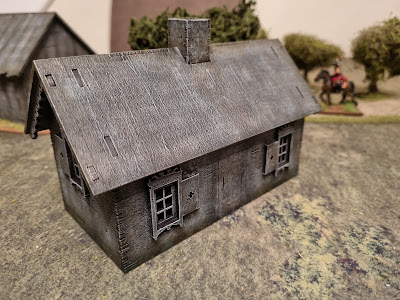 Which I think works well? 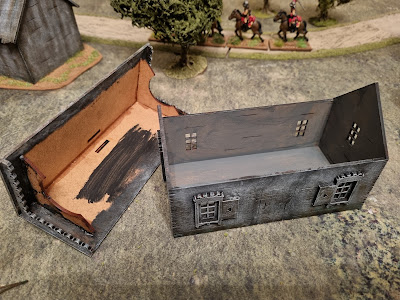 I hadn't planned on painting the inside, but as I painted this and the barn together, before I realised it, I'd started it! 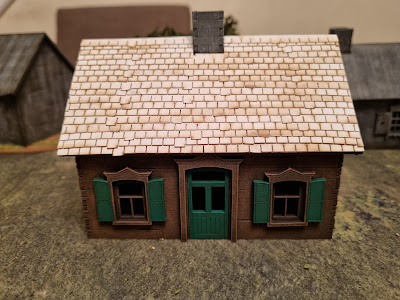 For the last house, I went with its been looked after a little more than the others. A painted door and shutter, on a newer browner wood. 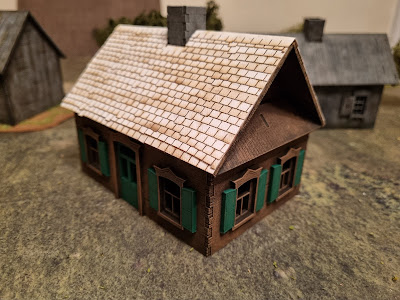 I'm not sure If I'm keen on the colour of the roof? The tile strips were also bought from Warbases, but I'm just not sure.. 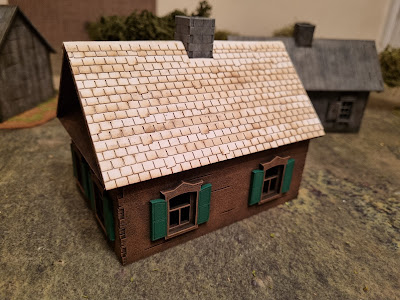 This also can be purchased from Warbases under the name, Eastern European House 3 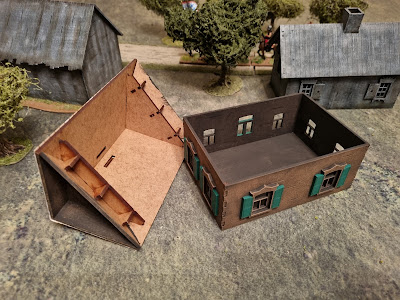 And guess what, I painted the inside of this one too???
So there you go, the start of my Donnybrook Vienna 1683 housing boom! 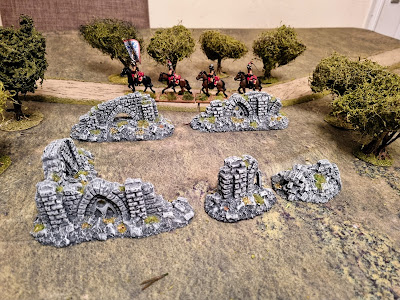 I thought I'd give you all a rest from my ever expanding Haitian metropolis and show these Debris of War ruins off. 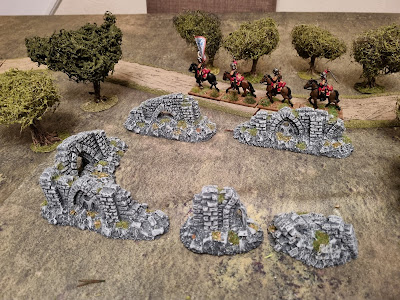 I've called them ruins but they're actually sold as rubble walls 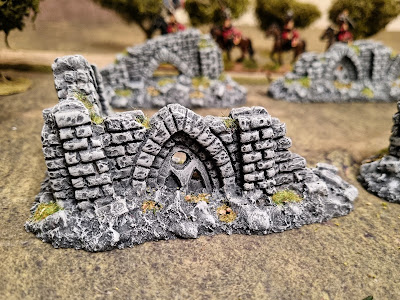 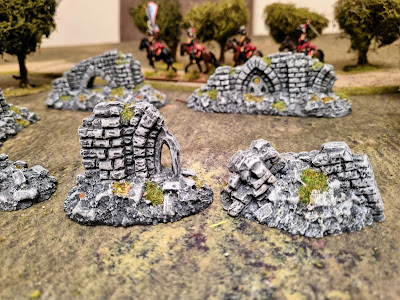 I'm not sure if they should be called sunken walls though??? 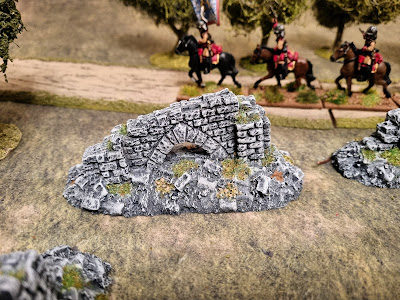 I bought these at last years, Broadside Wargames show and am pretty glad I've finally got them painted up. I'm quite pleased with them and they were a breeze to paint up. After undercoating them a dark grey, I just gave them 3 coats of decreasing lighter shades of grey, with just a flick of white at the very end. Then added some green flock and also a rubble mix, that I previously made up.

I added some Old Glory Austrian Cuirassiers in the photo just for scale purposes.
Although this is only my third post this month I have been very busy at the painting table, cleaning and undercoating figures, getting ready for the next Analogue Hobbies Painting Challenge!
So look out for a new period from me coming soon?!?!
Posted by Ray Rousell at 20:15 33 comments: After a break, I'm back to the Empires at War buildings for my Haitian Revolution project.
This ones a big one! 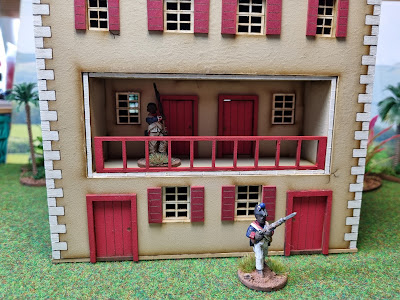 A Spanish/Italian large 3 story house.
I left the doors and shutter in the same red they came in. 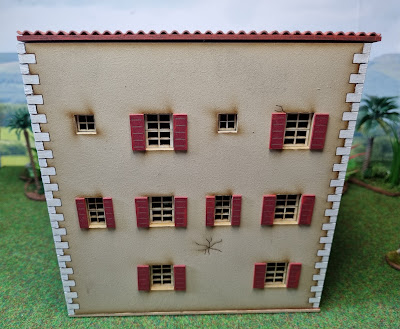 It has plenty of windows to shoot out of? 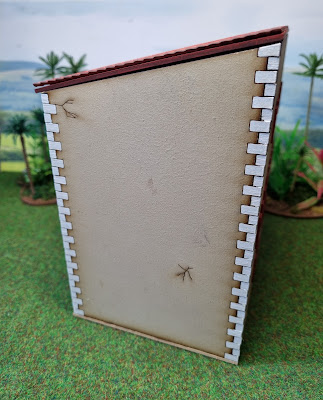 I like the added crack effect they put on some of their buildings, it just takes your eye off the stark wall. 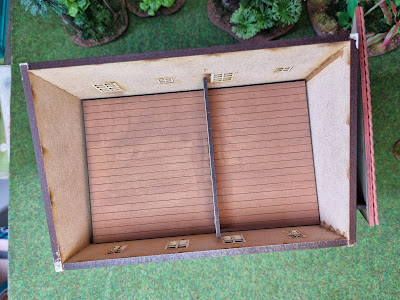 Well it maybe a 3 story building on the outside, but the inside only has 2 floors. 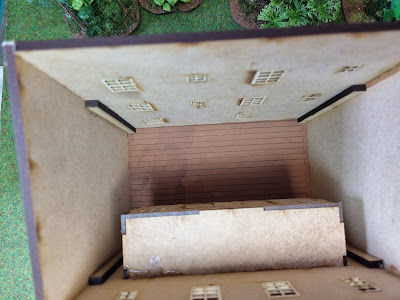 And the balcony of course.
So that's another damn fine building ready for my giant town.
I do plan on a game soon, once I finally sort the rules out, which I somehow
never find the time to do....
It does look as though they've had to pt their prices up, I'm sure I paid £22 for this one, now its £24.50.
Which is still a great buy.
Empires at War