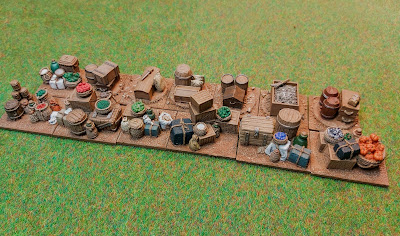 More Lockdown painting from me, these were painted a month or so ago and I've only just had the chance to take a few pics.
The front row and one base back row on the left were bought from Bad Squiddo Games a few Salute's ago, you can buy them here, for the princely sum of 12.50 They're sold as Food Supplies and are all resin pieces which are crisp and clean and paint up really well. 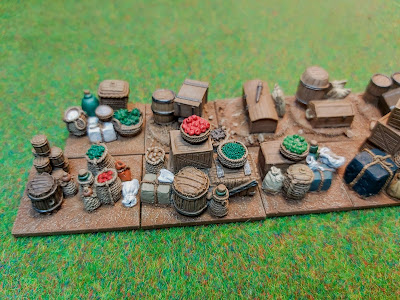 The rest of the back row were bought from Col Bill's once again quite a while ago???
They are from Ainsty Castings and called Treasure Piles! 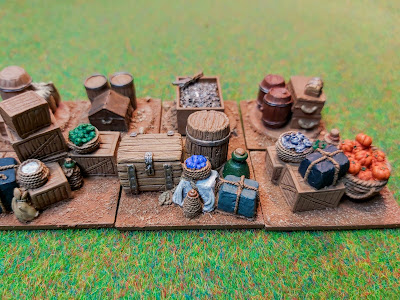 They can be used a scatter terrain or objective markers in all sorts of periods.
Although the food stuffs will mainly be used for a market scenario I have planned for my Tangier figures using Donnybrook rules!! And they may well pop up in South West England during the Monmouth Rebellion as well??? 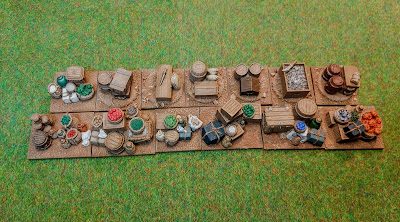 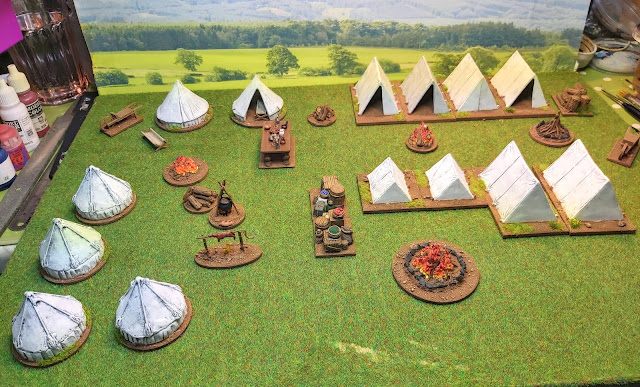 All of these bits and bobs were painted up a few weeks ago during the lockdown.
Some, I've had for an age, so I thought it was about time they all got a lick of paint!
I've been wanting to make a largish camp for some time now for a particular scenario written in Beneath the Lily Banners v2. Of course though I'll be swapping BLB2 rules for Donnybrook and make the scenario into a skirmish game instead. 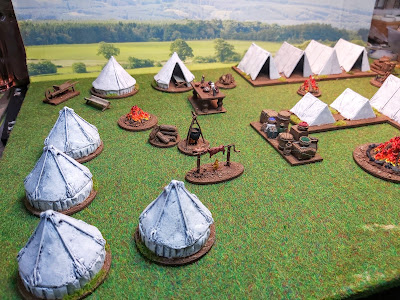 The camp is made up of a mix of makes from several different companies. 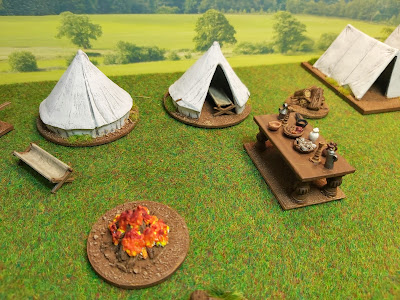 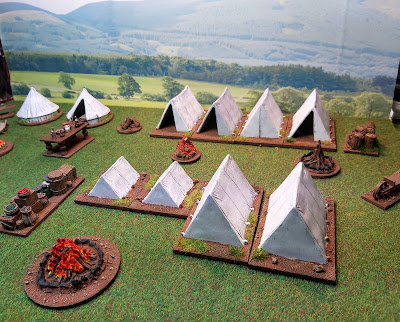 The tents are from Rendra 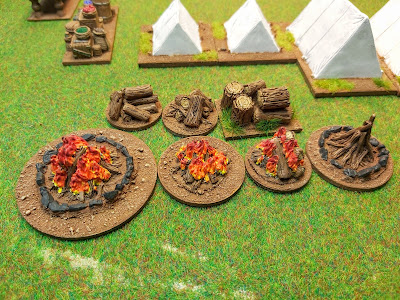 The bonfires and log piles are from Bad Squiddo Games 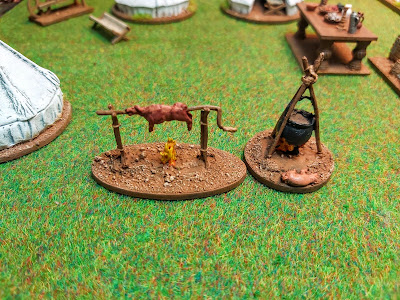 The cooking pot and roasting pig are from Irregular miniatures. 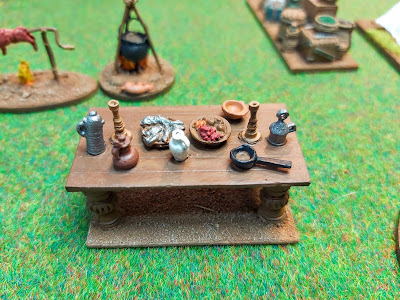 The table is from Redoubt Enterprises, can't find a link to the table on their site. 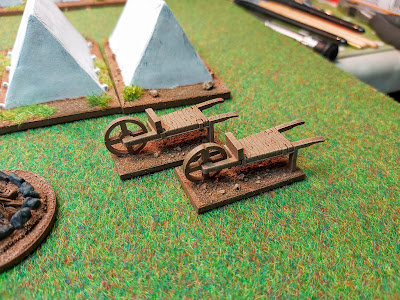 The wheelbarrows are from Warbases 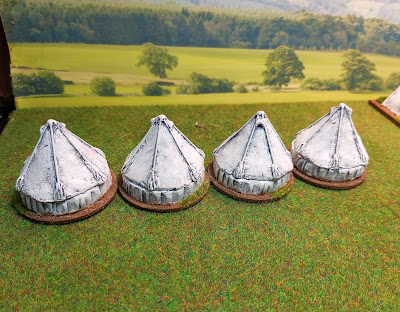 And the Bell tents are from Col Bill's  Depot Battalion

As I've already said the camp will be mainly used for my Donnybrook adventures but they will also no doubt be used for my new period the Haitian Revolution. 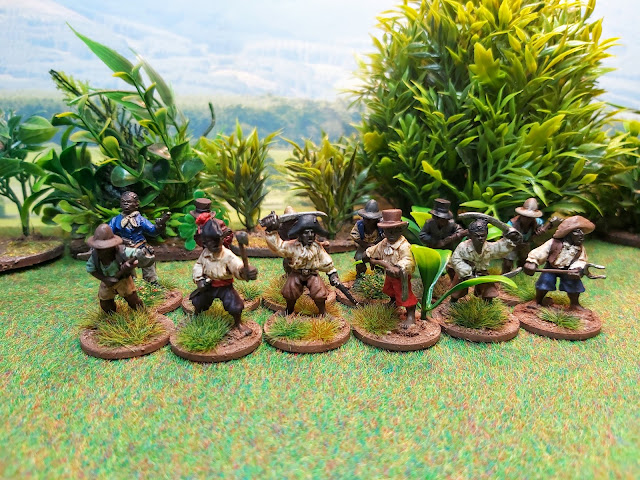 I already have one unit of Saint Domingue/Haitian Rebels with hand weapons,

but I wanted another!!!!

I picked up a pack of Trent minis a few years ago from Col Bill's when I was just thinking about doing this period. (Yeh Right?) Those figures are included in this unit. Most of the back rank and the chap on the far left front row are the first hand weapons pack Trent released, either holding axes of lumps of wood, which are perfect. Trent remodelled this pack of figures with the ones below, see an earlier blog post here, but I wanted more variety. 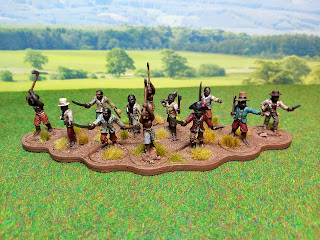 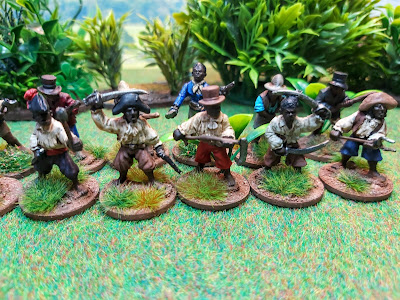 So a quick search on ebay and I purchased a few mixed figures from the Foundry Pirate range.
Three headswaps, farm implements added and a dash of brown paint later and we have another 5 very individual figures. I've a few figures left, I may well make these into artillerymen for the rebel army! 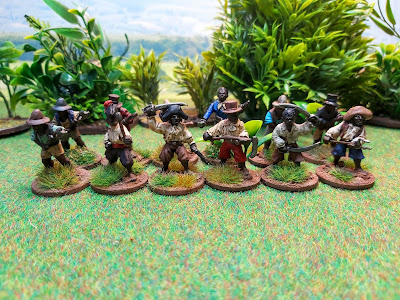 I think they mix in quite well! 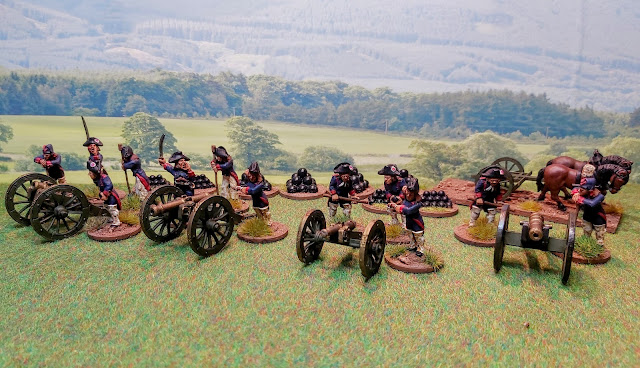 More of Trent Miniatures great French Revolutionary range.
These were painted early last month, but I've only just had the chance to take the photos
and post them.
Although they're painted up as French guns they can be used for the rebellious armies of Toussaint L'Ouverture and Jean-Jacques Dessalines. 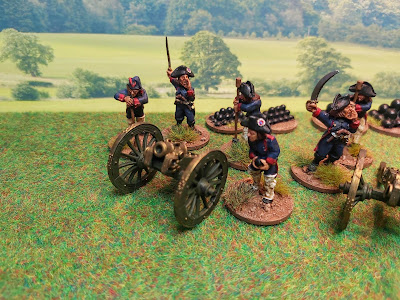 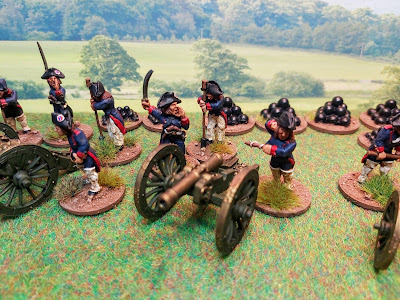 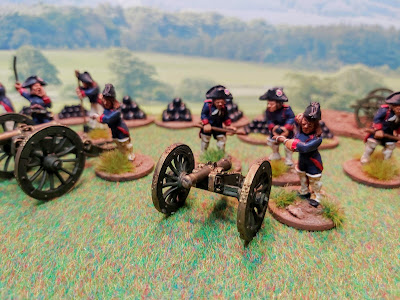 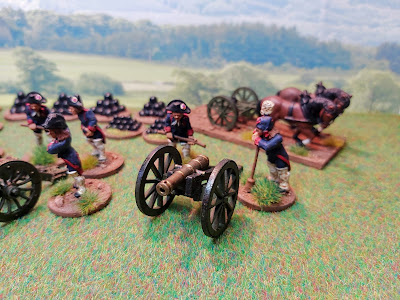 The last gun is a French 6 pounder and comes from Warbases, Its a MDF carriage. I think
I'm correct in saying the Napoleonics range was made in line with the release of Sharp Practice 2? 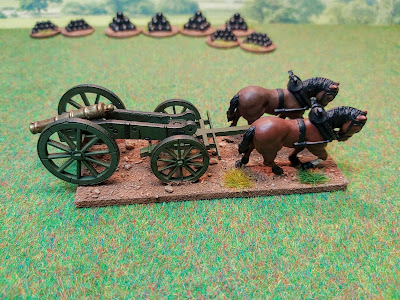 The Limber is also from Warbases 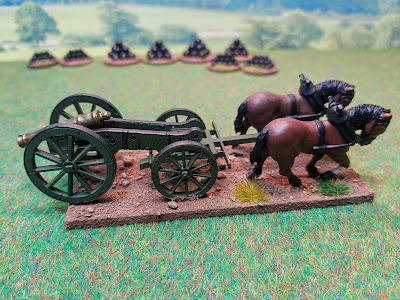 While the horses are from Essex minis 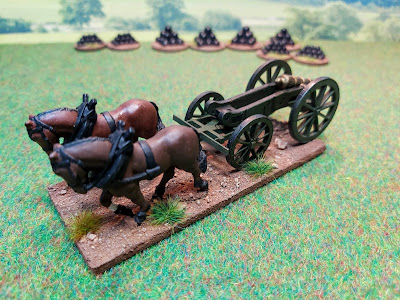 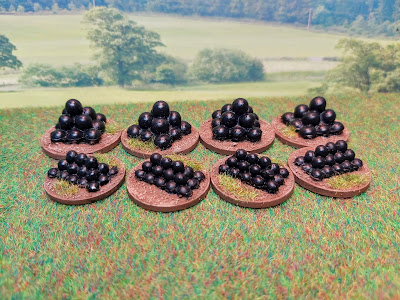 The cannonballs are from Britannia figures available from Andy at Grubby Tanks.