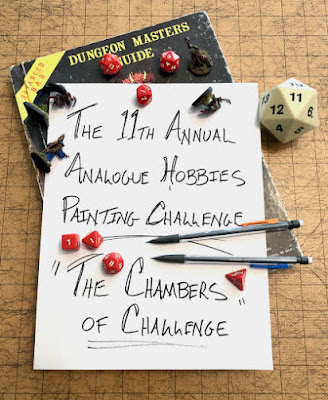 Can't believe its that time of year once again?
The Dark Lord otherwise known as Curt has announced the 11th Analogue Painting Challenge "The Chambers of Challenge"
So if you'd like to sign up, beware there's only 80 people in it this year, so get your skates on,  then click this link for Curt's page with all the info you need.
I'm sure most of you guys out there have seen on my blog just how the Challenge motivates
you to get things painted up, so give it a go!!
Posted by Ray Rousell at 11:27 26 comments:

Email ThisBlogThis!Share to TwitterShare to FacebookShare to Pinterest
Labels: AHPC11

A Taste of Victory & Every Bullet has its Billet.....Yes Please! 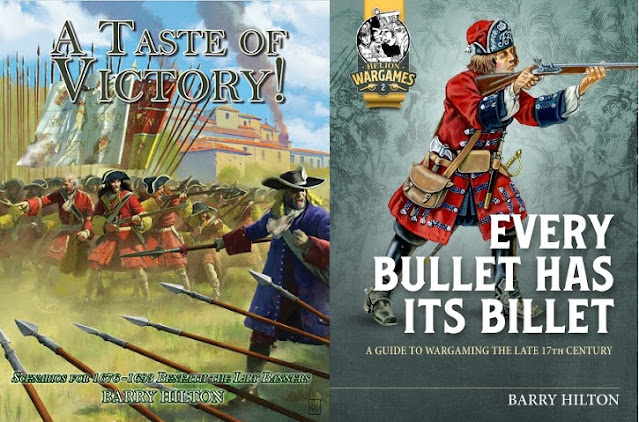 Just in time for Christmas comes these 2 new books for the best period in wargaming history!!!

Do we actually need more books on the Wars of the Late 17th century, I hear you ask???

Today's post is a bit of a homage to Mr Barry Hilton as the very clever chappie wrote both of these books!

The first is the long eagerly waited A Taste of Victory. Rather than me write about the book I've pinched Barry's blurb from his League of Augsburg blog.

"All systems appear GO! I am expecting delivery of Taste of Victory! in the third week of December so am gearing up for the pre order. Delivery will be as soon as possible after that pending the usual Christmas postal challenges.

The book is 116 pages, full colour, hardback and printed by the same company who did such a good job on With Talon and Claw.

It contains 18 scenarios for Beneath the Lily Banners. Each can be played on a table between 6 x 4 and 6 x 6 feet in size over 2-3 hours.

The period covered by these scenarios is 1676 to 1693. The theatres are: Skane Wars, Great Turkish War, Morean War, Tangier, Sedgemoor Rebellion, Jacobite Wars in Ireland and Scotland, Nine Years War in Flanders, Rhineland, The Caribbean and North America.

The book is priced at £30 and postage will be £5 anywhere in the world for the pre-order reverting to normal postage rates when it goes on general release.

It is available here to pre order:  A TASTE OF VICTORY!

Pre-order link for USA: A TASTE OF VICTORY"

The second book Every Bullet has its Billet written by Mr Hilton and published by the almighty Helion & Company, is also available in December, you can register your interest on Helion's website here.

Once again why write my own when Helion explain the book excellently.

"From the Restoration of England’s monarchy until the end of the War of the League of Augsburg, nearly every country in Europe experienced conflict. Until recently, this period was perceived as a wargaming backwater overshadowed by the Thirty Years War fought 1618-1648 and the War of the Spanish Succession which followed from 1701-1714.
It is one of military history’s most colourful and exciting eras which saw the birth of regular armies and navies for most major European powers. Massive battles were fought on land and at sea from the frozen winters of Scandinavia to the searing summer heat of North Africa. Alliances were agreed, broken and remade and thrones changed hands in the name of religion and the pursuit of power.
This guide provides the kind of information wargamers require to take the step into a new period or, begin collecting a new army. It overviews the main conflicts and outlines major, minor and unusual battles.
How to create and paint your troops, information on uniforms and flags, which regiments fought where, the evolution of tactics and battlefield doctrines together with information on the legendary commanders who created them is all included.##The book is designed to act as a reference source and is not aligned with any particular rule set.
The title is a quote from a man who was a major influence on the entire period; Willem van Oranje, King William III."
Posted by Ray Rousell at 10:52 26 comments: 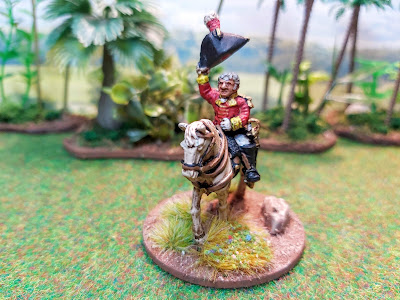 I've been meaning to post this figure for a few weeks now, but couldn't find the time or
willpower to post.
The whole family have been ill for the past 2 weeks, but finally were on the road to recovery! 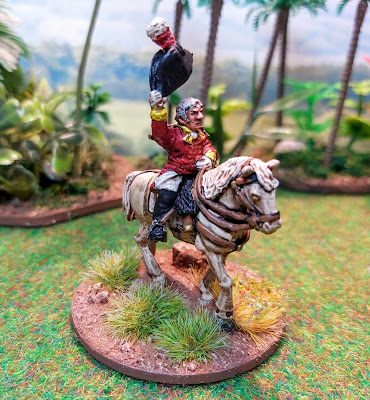 The figure is from the fabulous Trent minis and represents Sir John Moore, but I've painted my figure up as Lieutenant Colonel Thomas Maitland of the 62nd foot.
Maitland was commissioned into the Edinburgh Light Horse, shortly after his birth, but did not take up his commission until he joined the 78th Foot as a Captain in 1778. He transferred to the 72nd Foot, and then to the 62nd Foot as a Major in 1790. He was promoted Lieutenant-Colonel in 1794 and Colonel and Brigadier-General in 1798. 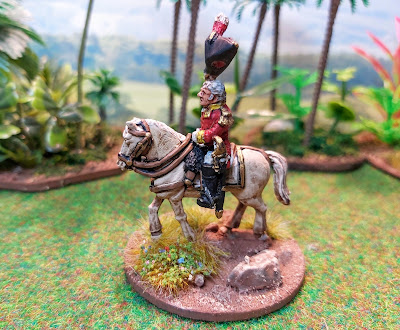 In 1797, Maitland landed in Saint-Domingue, under orders to capture the French Colony. Maitland realised that his forces were quickly dying in droves due to yellow fever, and he began to negotiate a retreat with the rebel leader, Toussaint L'Ouverture.
Posted by Ray Rousell at 11:31 37 comments: