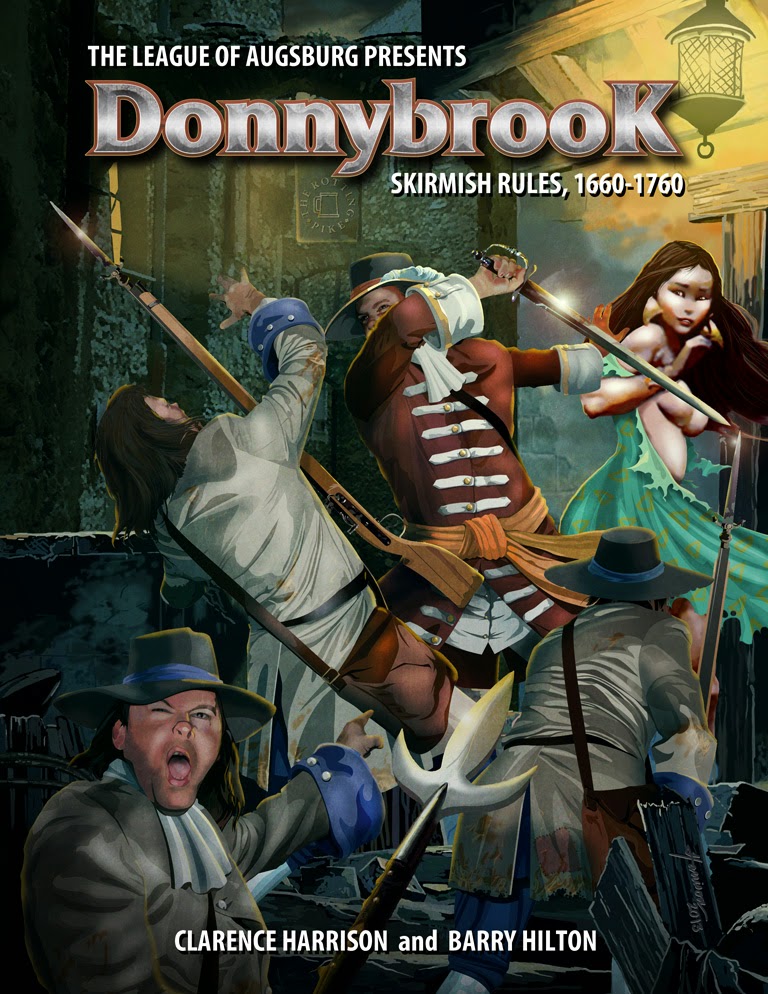 I swear I’ll never buy another 25mm period…………. ever heard yourself say that??

But my hand has been forced by Messers Harrison and Hilton, of the League of Augsberg/Beneath the Lily Banner fame. As some of may be aware I’m quite partial to the floppy hat and frilly shirt period, infact  I’ve been collecting 15mm figures for the NYW for some time now… don’t you know??

So when there were murmurs of a new skirmish set of rules from Messers Harrison and Hilton on the Fighting Talk Forum, I was instantly hooked, although a bit miffed, I haven’t even finished the 15’s yet, do I really need to buy more figures and 25’s at that??? 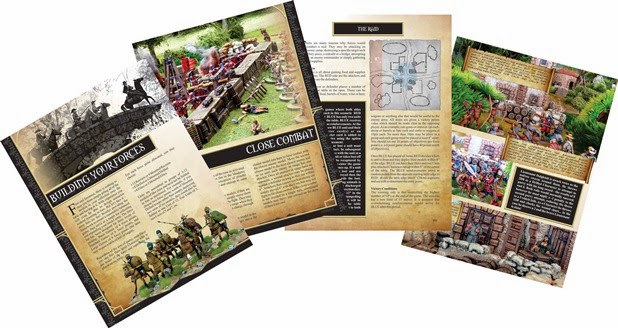 That inner voice (you know him) kept goading me, you know you want to Ray, yeh but?, just get them, treat yourself, but I haven’t finished the 15mm NYW or my FIW or my Flodden figures?? Really??

Then before I knew what I was doing an order had been placed………then the figures arrived a couple of days later!!

Any way on with the review of Donnybrook.........
If you’re interested and like any war in between the years 1660 and 1760 and you want to play skirmish games, then this is the only set of rules you’ll need!
For £27 plus postage, aside from the actual rules, you'll be buying 110 pages worth of Faction guides. Scenarios, Period history, great looking photos, some of which are included in this review and an excellent comic strip format example scenario.

I’ve got to admit I’m quite surprised and very pleased at how simple but effective the rules are. Long gone are the days when I want to play an in-depth complicated set of rules.
I can’t recommend them enough??

The Rules
Donnybrook uses a card driven turn system, one card for each unit and hero or character.
And its time to get out all the odd shaped dice that have been laying unused in a box as well, you’ll need D4, D6, D8, D10 & D12, these dice represent the ability level of units and characters, for Firing, Morale and Melee, needing 6+ to hit or pass your check.

I’ve picked Army and Tribal to fight the Tangiers War in 1661-84
You then have to choose which level of game you want to play, there are three levels.
A Basic 4 point force, A standard 6 point force and a Large 8 point force.
The first 2 levels can be played on a 4x4 table, while you may need a bigger table for the larger  8 force army.
For each point of you army you may choose a unit to field from the following list:
12 Recruits or 9 Mounted Recruits
8 Drilled or 6 Mounted Drilled
4 Elites or 3 Mounted Elites.

You also get a free Hero/Character and with each point you spend you can add another lesser character eg: Sergeants, a Standard Bearer or even a Imam, Master of Hounds or Doxy??

Although the rules are written primarily with the years 1660 - 1760 in mind, I can’t see why they can’t be used for earlier and later periods of history, there’s already talk of the Three Musketeers, the Spanish Inquisition, Cossacks,  Samurai, AWI, Vendee Revolt, Border Reivers and the Scanian War.
So I think your options could be endless??

It will take me a while to get my new 25mm Warfare figures painted, so I’m going to work on the lists to make a FIW faction for my 15mm figures for both sides….....should be fun!!
If you’re interested in the rules pop over to the League of Augsberg site where you can buy them direct!