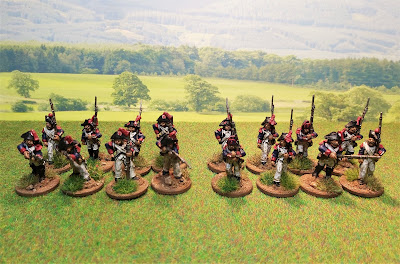 More figures for my Haitian Revolution project, the figures were actually painted up a few weeks
ago, but I've only just had the chance to base them up. 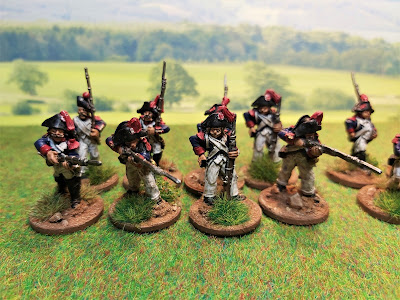 The figures are from Trent Miniatures bought from Arcane minis.
Here, for £5 for a pack of 4 figures, which is a tad on the expensive side, but hey ho what you gonna do ah? 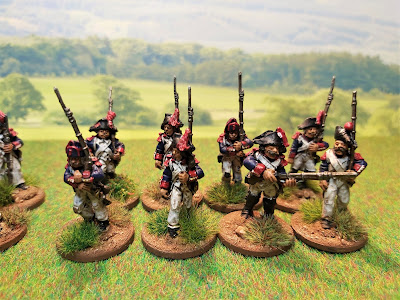 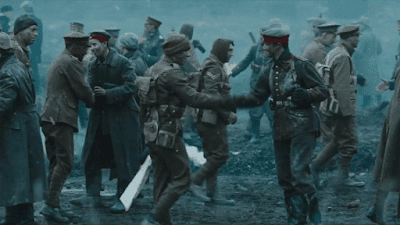 I'd like to wish all my friends and readers a very Merry Christmas and a Happy New Year.

I haven't played a proper game since March and I'm getting a little cranky!!!

(Note, the lack of social distancing in the pic above!)

Email ThisBlogThis!Share to TwitterShare to FacebookShare to Pinterest
Labels: xmas

I've been wanting to paint up some Grenadiers for my Donnybrook Shenanigans for some time, so during the lockdown I thought I'd take a small break from the Haitian Revolution and go Donnybrook once again.
Its all Martin from 28mm Heroes blogs fault. After getting the great pressie in the post a month ago, Martin mentioned that he had some Grand Alliance figures for sale, so I bought a few from him, they got a little damaged in the post So I tarted them up a little, then varnished them several times in matt to get rid of Martin's old style gloss.
After painting basing them up I decided to finally get around to doing a few more. So out came the mega pile of unpainted lead I bought from fellow blogger Dave Crook the summer before last (I think?)
They're all Dixon minis which are a little smaller than most nowadays, but they're still crackin looking figures. Mistake No 1, I should have checked the Donnybrook ruleset for numbers in units ( you'd have thought I knew this off by heart by the amount of Donnybrook posts I've done??)
I painted 6 figures when it should have been 8? Don't tell anyone...... 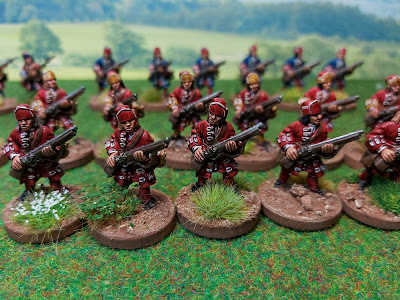 The first unit represents Leslies regt or could be any other red coated and red cuffed unit in the English, Jacobite or Dutch armies. 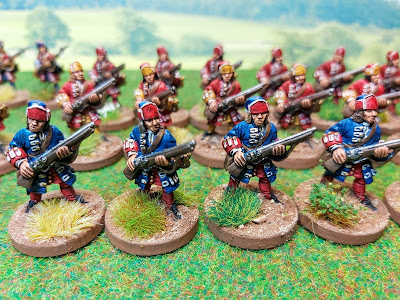 Blue? I hear you ask? Yes blue, up until 1690 the Earl of Bath regt wore a blue coated faced red. 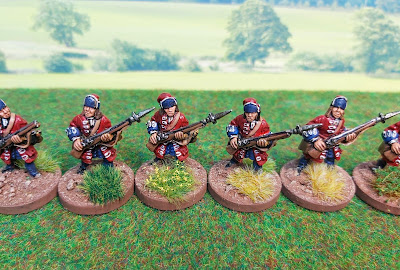 A very generic looking unit, mine are the 1st Guards commanded by the Duke of Schomberg, but again
they could pass for any blue cuffed regt in the 3 armies. 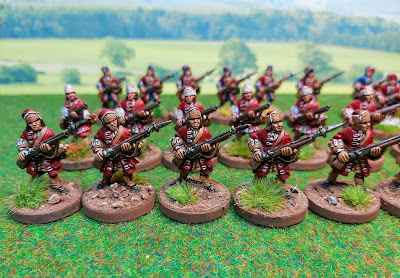 The buff cuffed unit is Charles Churchill's regt otherwise known as the Holland regt, later known as The Buffs. Incidentally Churchill was the brother of the other Churchill, The Duke himself. 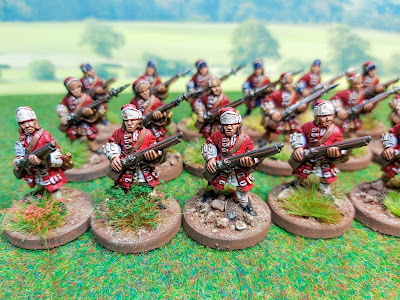 Many regts had the cuff colour white, including many of the Scots regiments, so I've gone for the Earl of Levan's regt for mine. Of course it could also be any of the others. 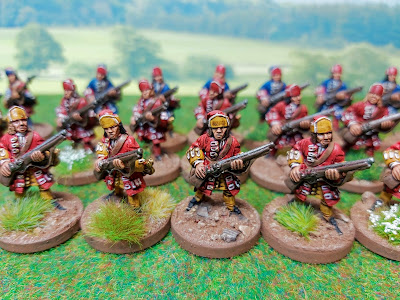 Lastly, yellow was a popular colour for cuffs in the English army, so these could represent army units,
Mine is Trelawney's regt, otherwise known as the 2nd Tangier regt.
Posted by Ray Rousell at 10:30 59 comments: