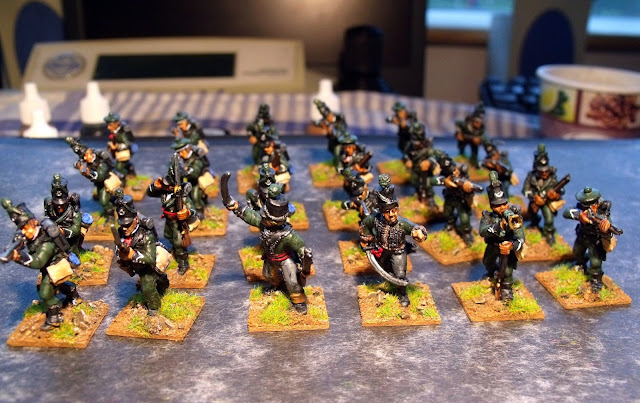 My first entry into this years Analougue Painting Challenge, earned me 120 points at the time, putting me into 5th place, that was before Christmas, I'm now in 14th!!! Some of the guys'n'gals must have been painting while eating their Christmas dinner!!!!
At the moment the Challenge is being led by Miles with 475 points, as I said I'm in 14th and poor Fran has yet to put in an entry!!! Lazy Git! Although he's busy painting away down the table from me, of course that means I'm back at work, boo hiss!!!! Only two nights though, so its not that bad, although one of them is of course New Years Eve!!!!
Anyway, the figures are from Front Rank and have been sitting in my "To Paint" pile for far too long, I do have more and will be painting the 60th and maybe a Kings German Legion unit as well. 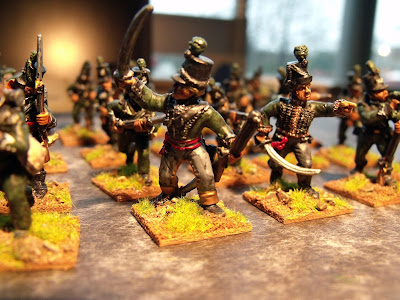 "In 1800 The Experimental Corps of Riflemen was formed, eventually becoming the 95th (Rifle) Regiment of Foot in 1803.
Riflemen were different, in many ways, to the soldiers that made up the bulk of the British Army. Instead of the classic 'redcoat' and white crossbelts worn by most infantrymen, the Rifles wore a distinctive 'greenjacket' and black leatherwork. This was the first attempt at camouflage by the British Army and was a reflection of the very different role expected of this brand new soldier, who was encouraged to make use of his surroundings.
Of course the other most notable difference between a Rifleman and most of Wellington's Redcoats was the weapon he carried, the Baker Rifle. Redcoats were generally issued with the 'Brown Bess' musket, capable of wavering accuracy at 75 yards. The 'Baker' was able to hit a man-sized target 200 yards away, and there are legendary characters within the regiment such as Tom Plunkett who achieved accuracy at 400 yards using a Patched Ball. This accuracy was down to a combination of the weapon and a revolutionary new training initiative." 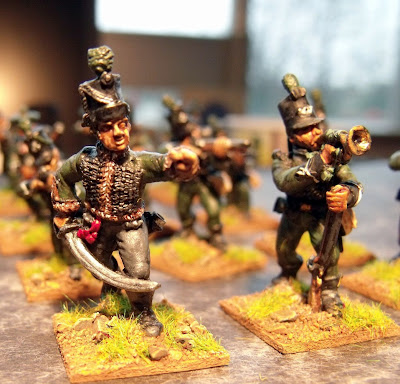 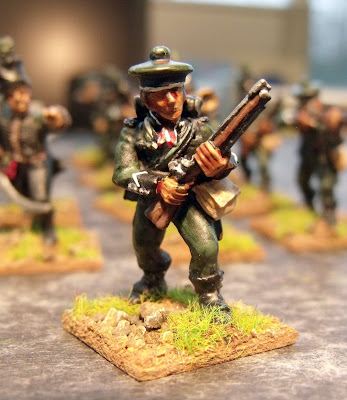 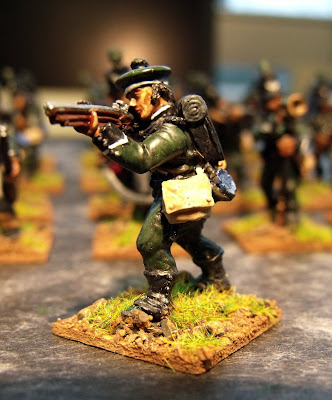 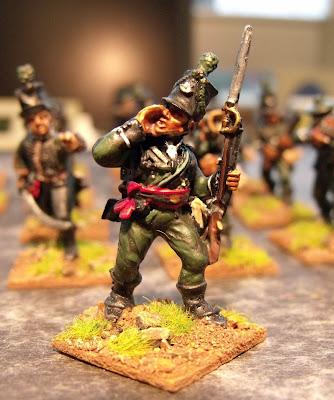 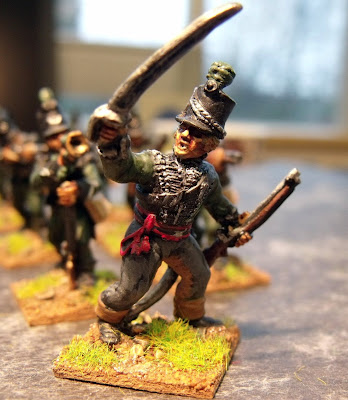 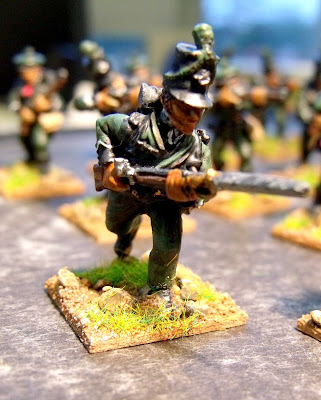