How to build No1 - FIW Indian Longhouses 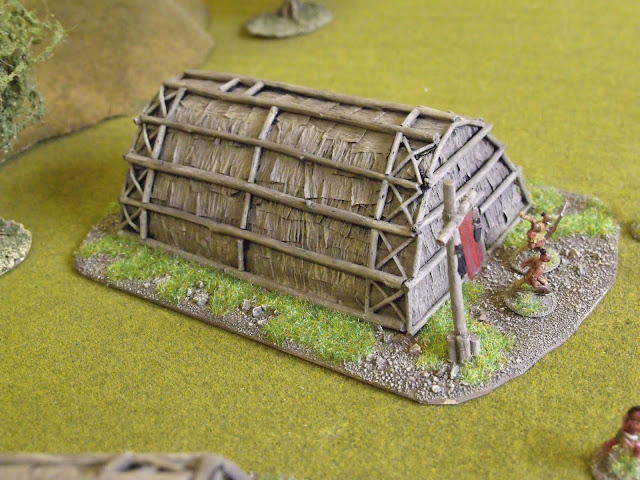 After a lot of soul searching I finally worked out how I was going to make the first two of my Indian Longhouses, you'll not believe how easy they were to make. After seeing the final effect it's inspired me to make some more terrain pieces.
So now for the "How too" 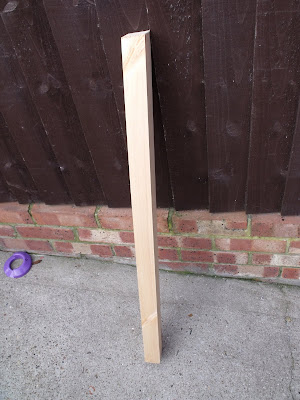 1. A quick trip down my local timber merchant, £3 bought me an odd length of 3"x2" soft wood. I then cut one end at a slight angle, to represent the face of one of the longhouses. 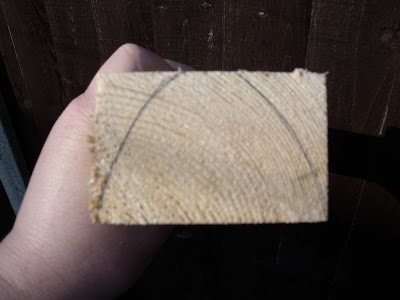 2. I marked the same outline shape to both sides of the wood and at the apex of the roof. 3. This was the most time consuming part of the job, using a saw, a chisel, plane and a stanley knife, I cut out the shape, I kept the wood at this length because it was easier to use the plane, long smooth strokes (cough!), rather than short jerky strokes. 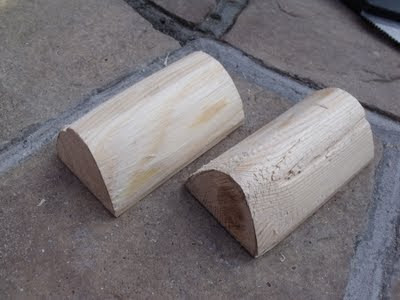 4. I then cut the Longhouses to the length I wanted, I had hoped to get three houses out of the length of wood, but it would have made them too short, so I settled for two. 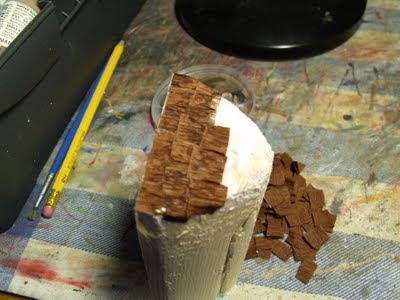 5. For the massive sum of 49p I bought a years supply of brown crepe paper to use for the bark effect. I then cut out tons of different sized squares and stuck them onto the wooden blocks using PVA  wood glue, starting at the bottom and overlapping slightly with the next row. 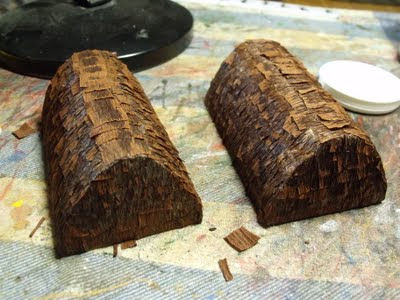 6. This only took around an hour to do, and looked quite effective. 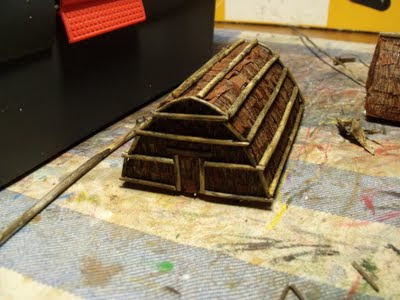 7. Over the last couple of months during walks in my local country park, (and at work, Fran!), I'd been collecting fallen twigs, I don't know the trees they came from, most must have been lying around for a while because they were very dry and brittle, but that's exactly how I wanted them. So after finding several lengths that looked to be around the same thickness, I cut them to size and glued them on with superglue, this turned out to be a little tricky as some of the twigs were not straight, (obviously!) so I glued them on there flattest side, which added to the effect, as they were then random looking. 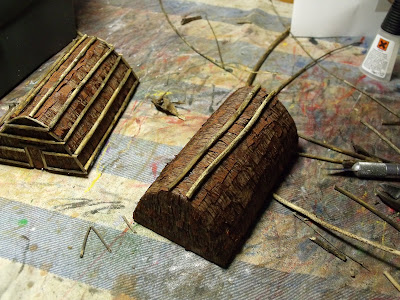 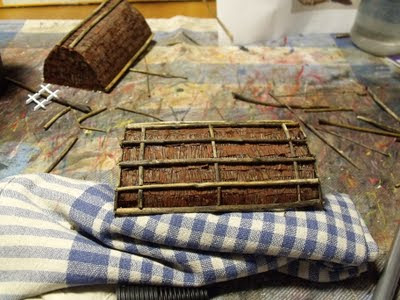 8. Then with the same sized twigs I cut the uprights, these again were a little tricky, after glueing my fingers together and to the model I decided to hold them in place with the tip of my knife until they dried. 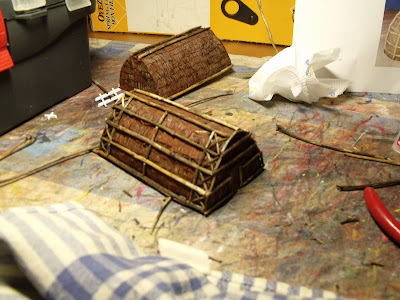 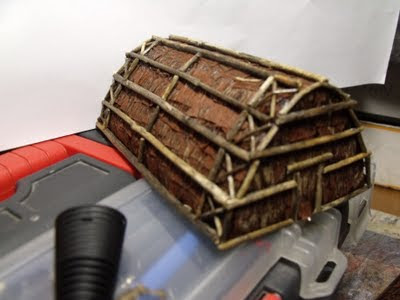 9. With a smaller sized length of wood I cut and glued in the cross struts. 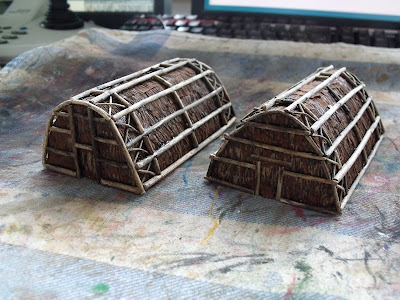 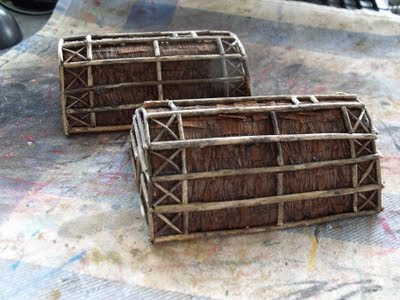 10. I just repeated the procedure to complete the second longhouse. Then using a thin piece of MDF I cut out the two bases and glued them in place with PVA glue. 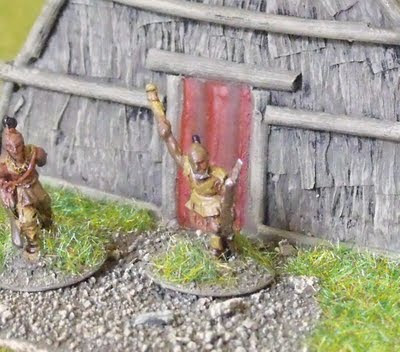 11. I then pinched some of Fran's Green stuff and made the two curtains, for the doors. 12. After seeing pictures of a porch like structure on some of the longhouses online, I made one for one of mine just to make it look different, I just used the same kind of procedure as before. In this picture the porch looks to be a different colour, but it's not the case, just a little camera trick! 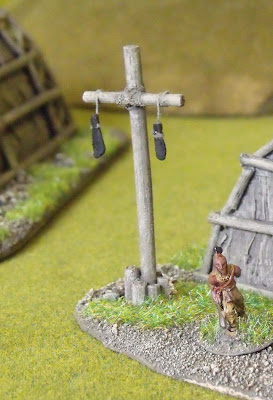 13. The scalp post was just as easy, the only difference was that I added some cotton, to look like binding. The scalps were once again Fran's pinched Greenstuff.

14. The building were painted in an undercoat of GW black, then painted all over with Miniature Paint No82 Earth Brown, followed by a heavy drybrush of Vallejo 821 German Camo Beige, lastly another light drybrush of Vallejo 819 Iraqi Sand to highlight. The base was covered with PVA glue with sieved sharpe sand sprinkled on, with a few of the bigger stones left in. Then the base was dry brushed with Vallejo 976 Buff to highlight, lastly static grass was added for effect.
So there you go........
Ray
Posted by Ray Rousell at 20:49

Email ThisBlogThis!Share to TwitterShare to FacebookShare to Pinterest
Labels: FIW, How to build, Longhouses, Modelling