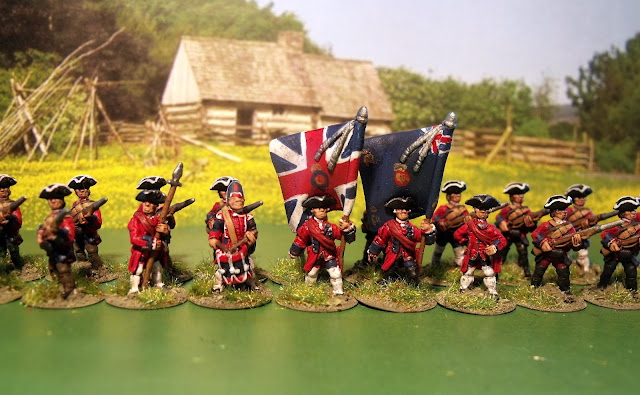 After General Braddock's defeat by the French and Indians in 1755, the British Government recognised tactical errors were made, it was decided to raise a regiment of four battalions who understood Indian style forest warfare. They were mainly recruited in Europe from English, Scots, Irish, Dutch, Swiss and Germans and from German colonists in North America. The regiment was named the 62nd, or Royal American, Regiment of Foot; but it was re-number in February 1757 becoming the 60th (Royal American) Regiment of Foot, when the 50th (Shirley's) and 51st (Pepperel's) foot regiments were removed from the British Army roll after their surrender at Fort Oswego. From this unlikely collection of foreigners and cast-offs was fashioned one of the most renowned corps of the British Army.
Among the officers recruited in Europe were two able Swiss soldiers, Henri Bouquet and Frederick Haldimand, who commanded respectively the 1st and 2nd battalions of the new regiment. Bouquet trained his battalion as light infantry, emphasizing the skills required for forest warfare. Haldimand also adapted his European experience to war in the American wilderness.
The 1st and 4th battalions of the 60th accompanied General Abercromby's advance up Lake Champlain in 1758, and participated in the disastrous assault on the Ticonderoga position the following July. In November, Bouquet's 1st Battalion played a major role in the successful advance to Fort Duquesne, which secured the western border of New England against the incursions of France's savage Indian allies.
In 1758, the 2nd and 3rd battalions were assigned to the forces of General Amherst for operations in eastern Canada. Both battalions were present at the capture of Louisbourg, and moved on to Quebec with Wolfe the following year. The performance of the 60th at Montmorency Falls on 31 July 1753 won the regimental motto Celer et Audax (Swift and Bold) from General Wolfe.
The 2nd and 3rd battalions fought at the battle of the Plains of Abraham on 13 September 1759. The following year elements of all four battalions participated in the final advance to Montreal.

Once again the figures come from Essex’s 15mm SYW range and are based on Peter Pigs circular metal bases. 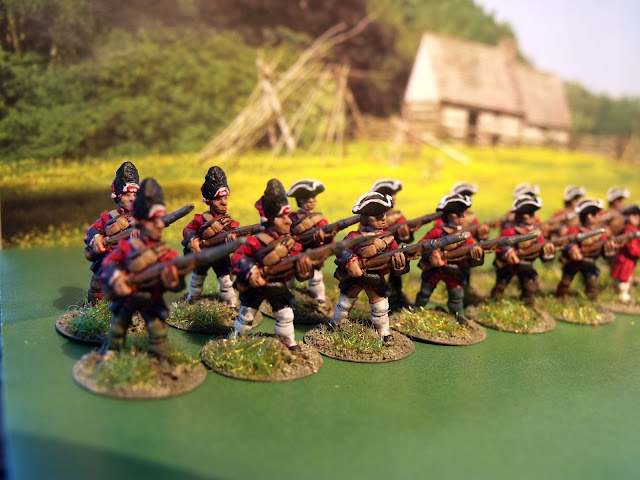 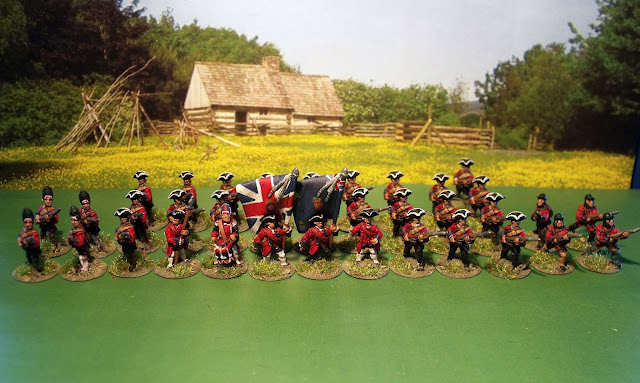 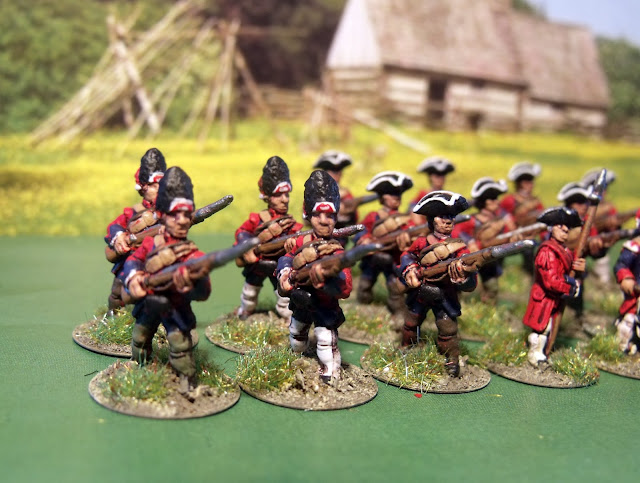 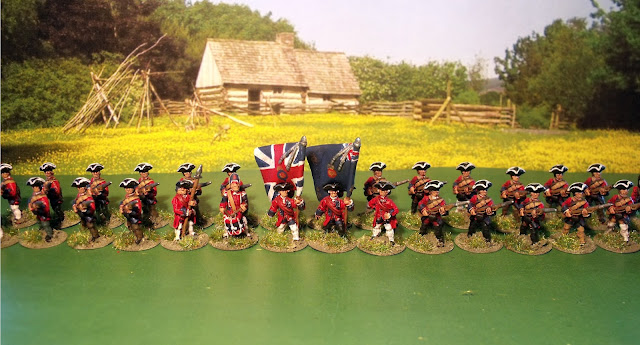 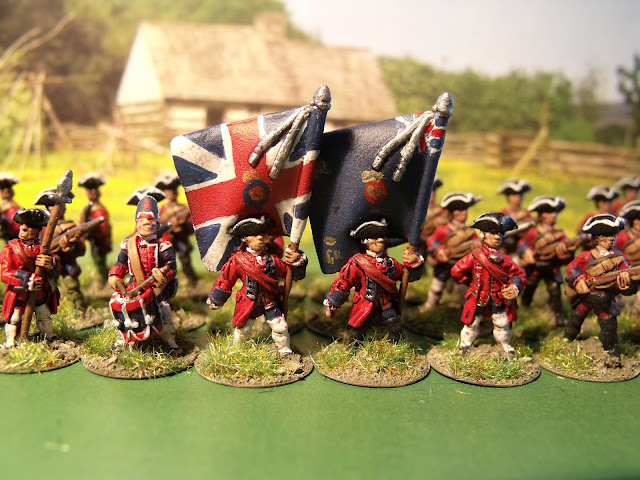 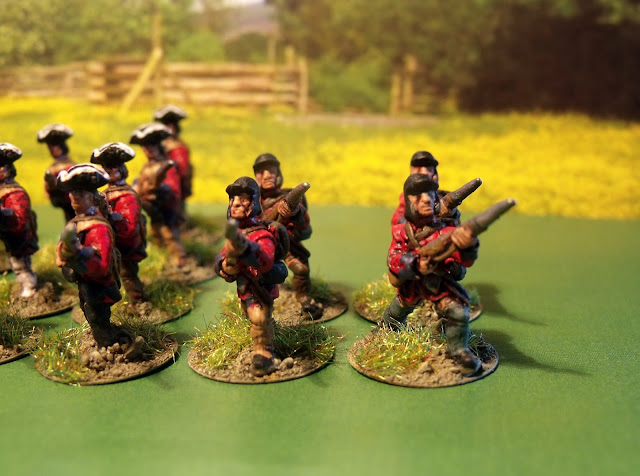