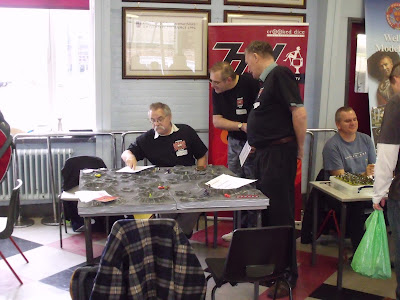 As mentioned in my last post, 4 Rejects made it to Skirmish in Sidcup on Sunday, its only a small show but seems to have gotten bigger grow every time I go. We were supposed to have a game with Clint from Anything but a One blog, who was playing a Sci-Fi game using 7TV figures, but everytime we went back the poor lad was busy with others, so unfortunately we never got around to it, maybe next time Clint!!
Also bumped into Alan from A Little From Leofwine, who runs the Broadside Wargames Show in Sittingbourne, had a good chat with him, most of it consisted of Spurs smacktalk, he's a Gooner, so I suppose its allowed!!! 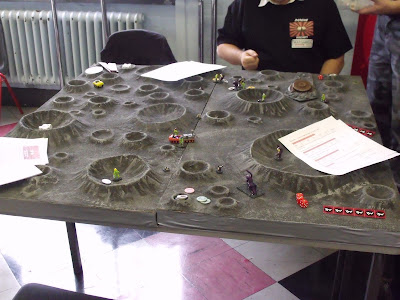 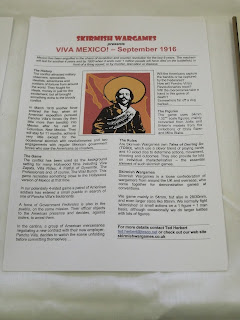 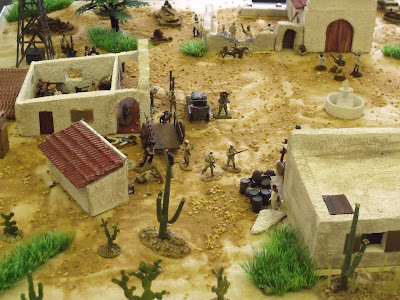 My favourite game of the show was Viva Mexico! September 1916, from Skirmish Wargames, the figures were 54mm plastics, a very impressive looking game!! Lots going on everywhere you looked. I loved the film crew on top of the building. 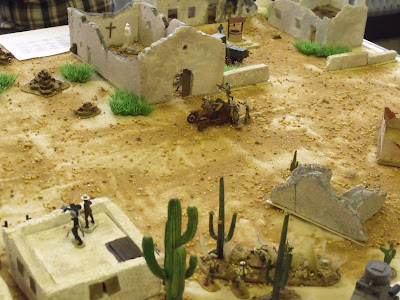 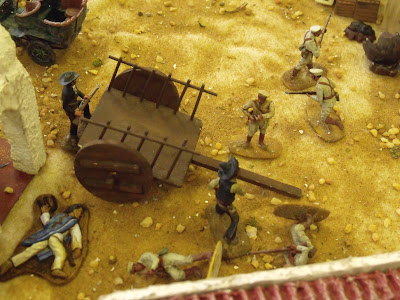 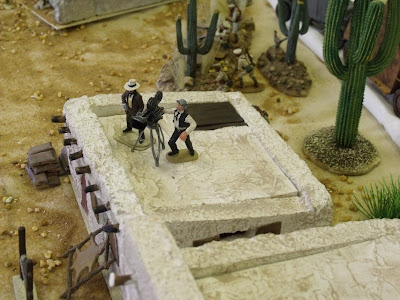 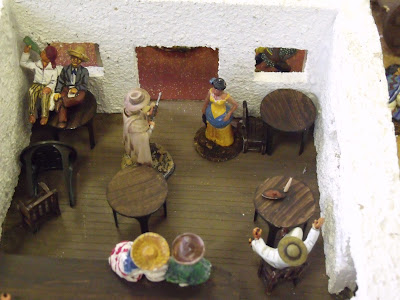 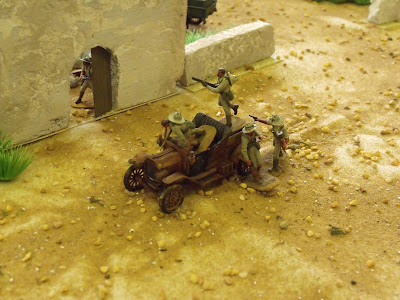 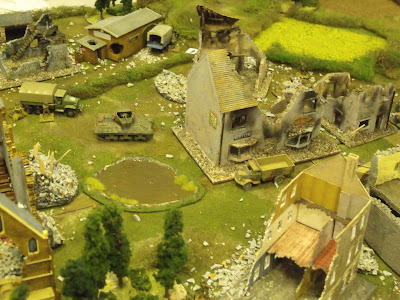 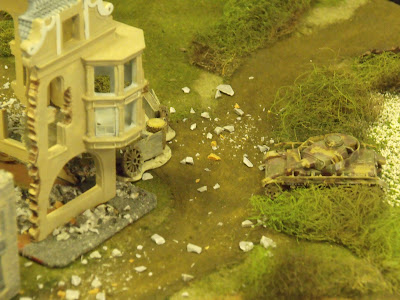 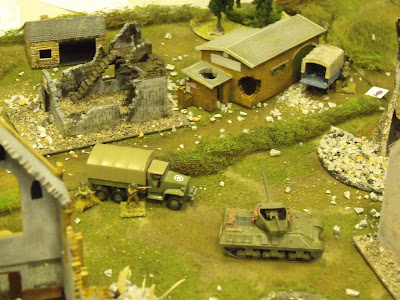 A WWII game, not sure who from and what the game was?? 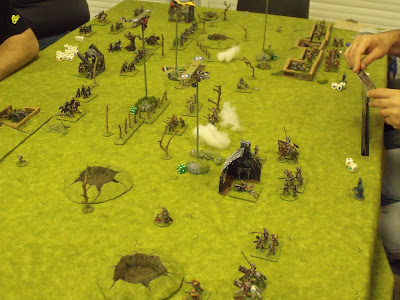 A very smart looking WWI game from the lads from Old Guard, using a usual card system, the chaps did explain it but, I've forgotten what set they were, my brains going!!! 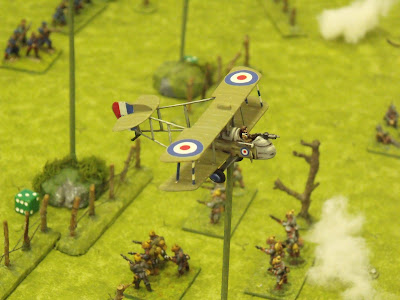 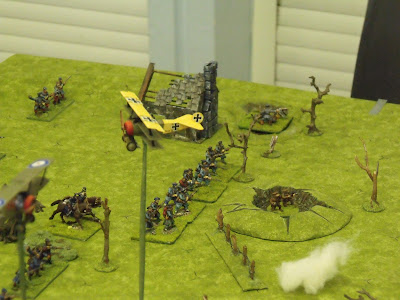 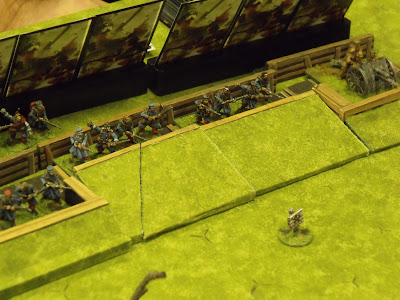 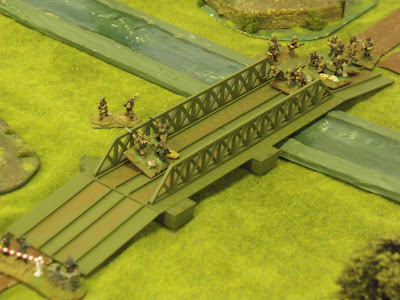 I'm not 100% sure what this game was either, it was either WWI or WWII and was very unusually being run by a couple of kids in army uniform!! Nice one kids!!! 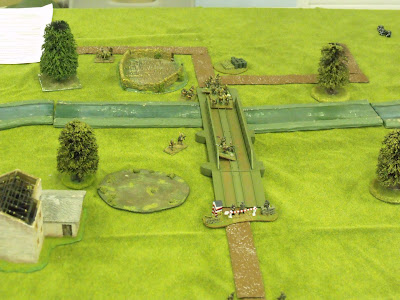 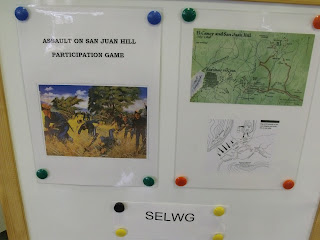 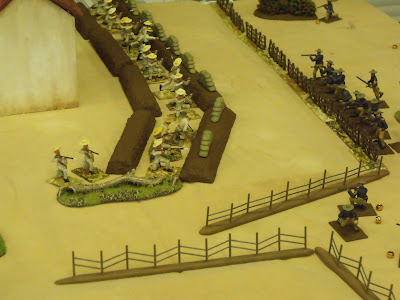 Lastly was The Battle of San Juan Hill, run by SELWG, once again in 54mm plastics. 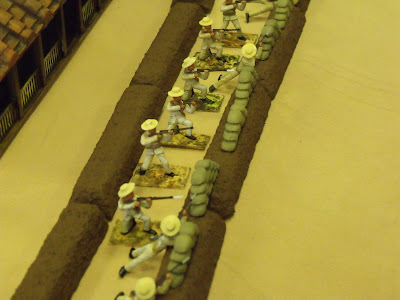 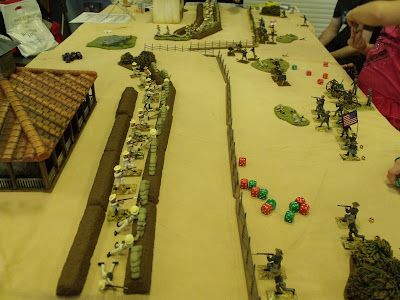 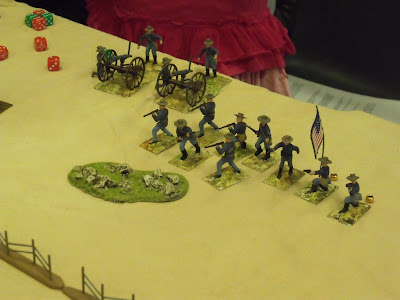 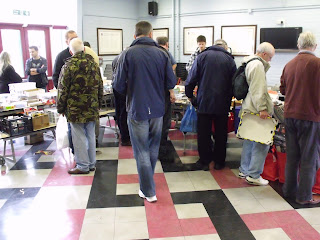 The Bring and Buy, I bought some Sci-Fi Games Workshop, yes? you did read it right, some GW Dark Angel Tactical Marine and Terminators also included were a Company Master and Librarian, now I haven't a bloody clue what I've just typed, Fran had to tell me, then he went off explaining that there is a dark side to some of the Dark Angels what they did in the past upset loads of people, its all in this black book or something or another. I dunno what the hell he's going on about??? He's boring me to tears, but I don't have the heart to tell him as its his birthday today, the old git! He's finally caught up with me! For a couple of months at least. 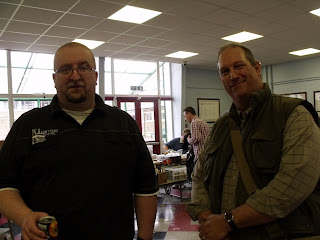 Birthday Boy Fran and BigLee both looking very happy for themselves
Posted by Ray Rousell at 22:18