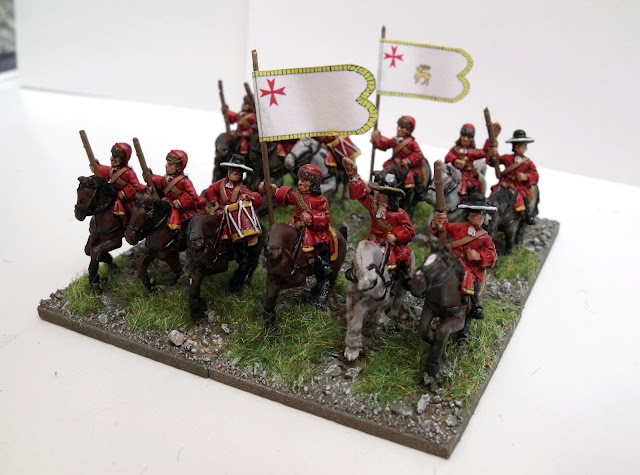 Another newish painted regt for the Jacobites at the Boyne, two squadrons of Lord Walter Dongan's Dragoons. This unit as you will notice looks a little different from the norm, as I've used 2 types of figure to represent them, both English and French Dragoons from Essex minis. The flags are once again from myself and
From King James's Irish Army List, by John D'Alton
Lord Walter Dongan sat in King James' Parliament as one of the Representatives of Naas, while his father was one of its peers. On the 10th day of that session he was dispatched by his King to General Hamilton before Derry, carrying the important announcement, " I now send back to you this bearer, Lord Dongan, to let you know what this day I have been informed, by one who came from Chester on Wednesday last, that Kirke was to sail with fair wind from thence, with four Regiments of foot, to endeavour to relive Derry. I have ordered a copy of the information to be sent you...........I have sent some Horse and Dragoons to re-inforce Sarsfield at Sligo, and have ordered Purcell's Dragoon's to Belturbet. "
Lord Dongan's career was, however short, he fell at the Boyne, and as the Duke of Berwick writes,
" Not withstanding the foot was broken, the right wing of Horse and Dragoon's marched, and charged such of the enemy's Horse and foot as passed the river, but my Lord Dongan being slain at the first great shot, his Dragoons could not be got to do anything, nor did Clare's do much better."
On the fall of Lord Dongan, the command of his regiment was given to his relative Walter Nugent, son of Francis Nugent of Dardistown, by the Lady Bridget Dongan, sister to the Earl of Limerick. Col Walter was however himself slain at Aughrim, when the command was given to the Hon Richard Bellew, second son of Lord Bellew. 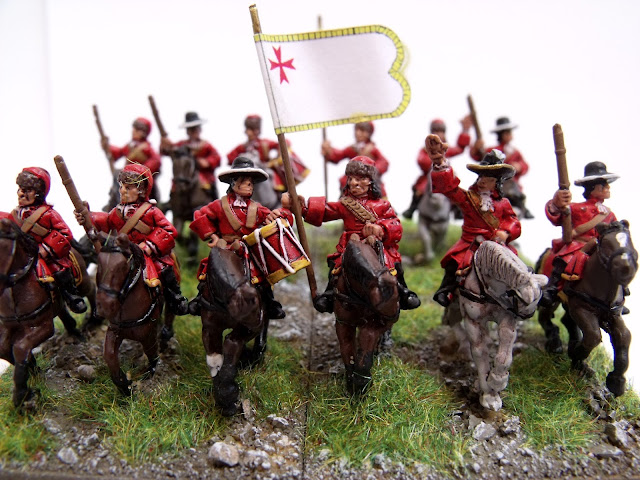 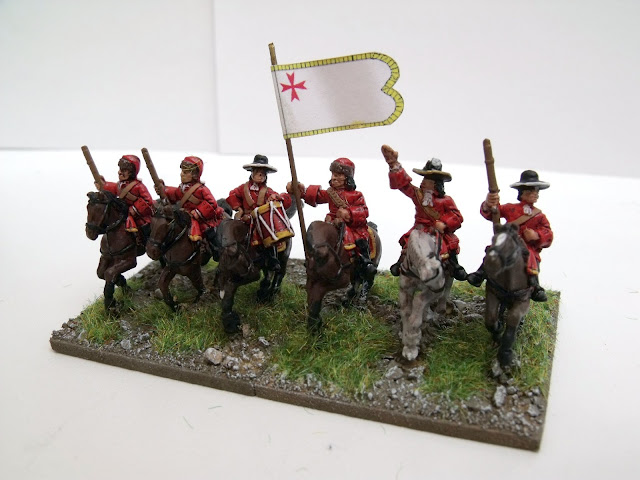