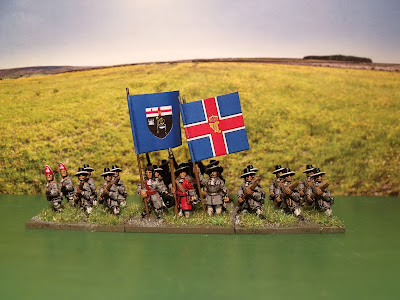 Mitchelbourne's foot was originally raised in approx 1688-89 as Viscount Massereene's regt of foot as a regt of Ulster protestant volunteers, they were commanded by the Viscount's son and heir the most excellently named Clotworthy Skeffington. Then later in 1689 they were sent to garrison Derry and were merged into a newly-formed garrison regiment under the command of Colonel John Mitchelbourne.

John Mitchelbourne served at Tangier under Percy Kirke, 1680-83, he was commissioned as major by Prince of Orange, 5 Feb. 1689 and  was involved in Carrickfergus landing of William III, he commanded Skeffington’s foot at Cladyford and in the City of Londonderry. He was made the deputy-governor by of Londonderry by Henry Baker, on the 17th June 1689 and  acted as military governor throughout the siege, becoming governor with George Walker at Baker’s death, and sole governor after the relief of Derry in 1689. He also apparently refused a bribe of £10,000 from the Jacobite leaders to join their fight. His regt fought at the Boyne and at the siege of Sligo in 1691.

These troops were entered into Curt's Challenge back in the beginning of March with some other Nine Years War figures and earned me a combined 126 points. The flags and uniform are both pure conjecture, but I'm quite pleased with them! 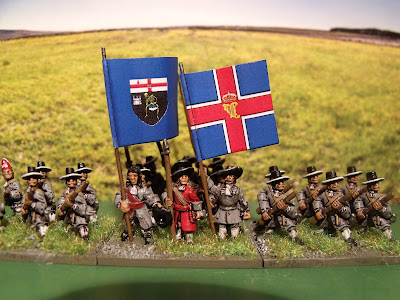 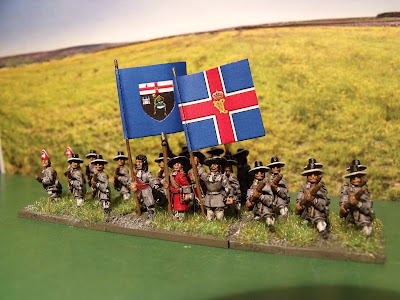 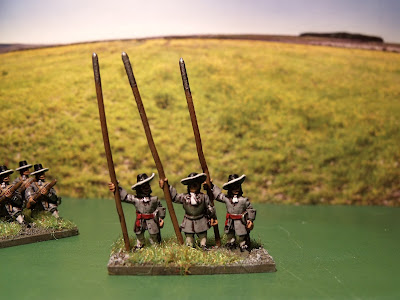 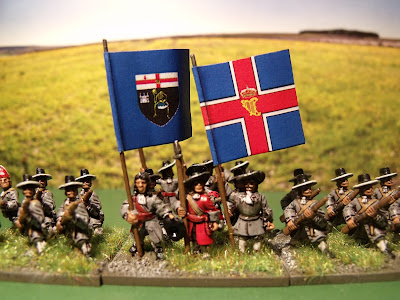 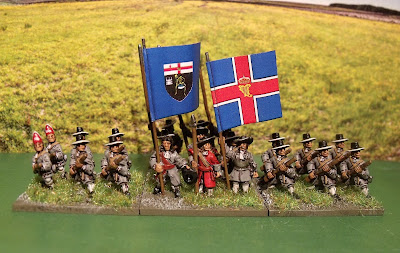