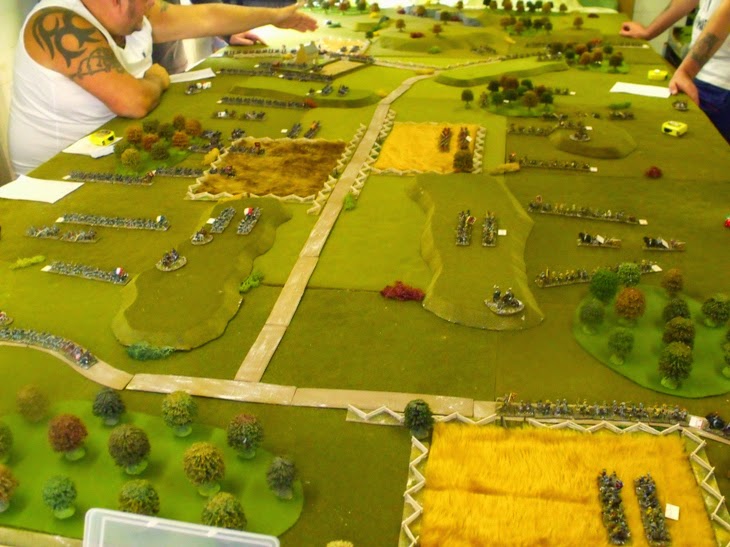 Some of the Rejects got together for a game last Sunday, Postie put on a 6 man ACW game, one of the 6 was fellow Blogger Loki from Loki's Great Hall. We've been trying to arrange a game for Loki for nearly a year now, but what with my and Fran's shift patterns in was a nightmare.

Now I'm afraid unlike most of my batreps, this one's quite short??? The reasons for this you'll find out if you carry on reading?? 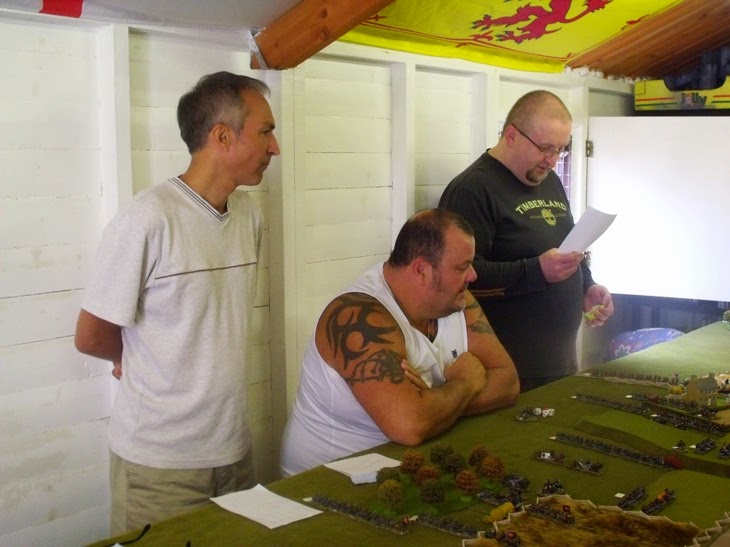 The enemy
Rich, Ian and Fran
The Dirty Bluebellies 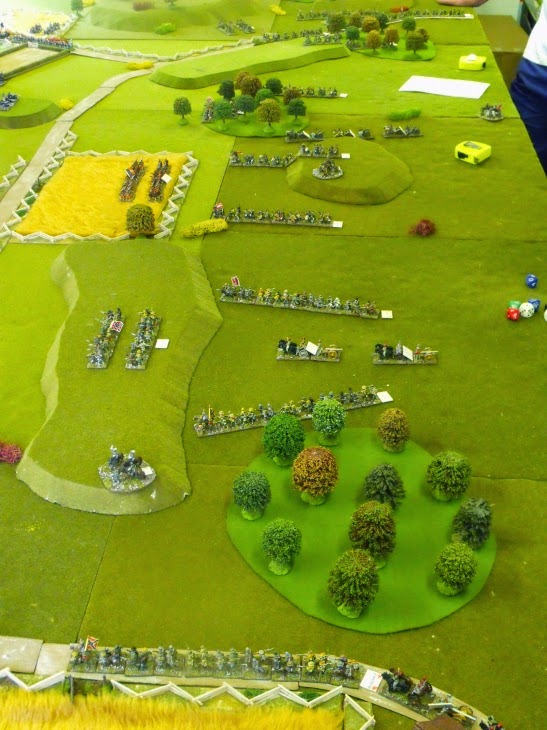 The Confederate set up
Dave at the bottom, me in the middle and Loki at the top 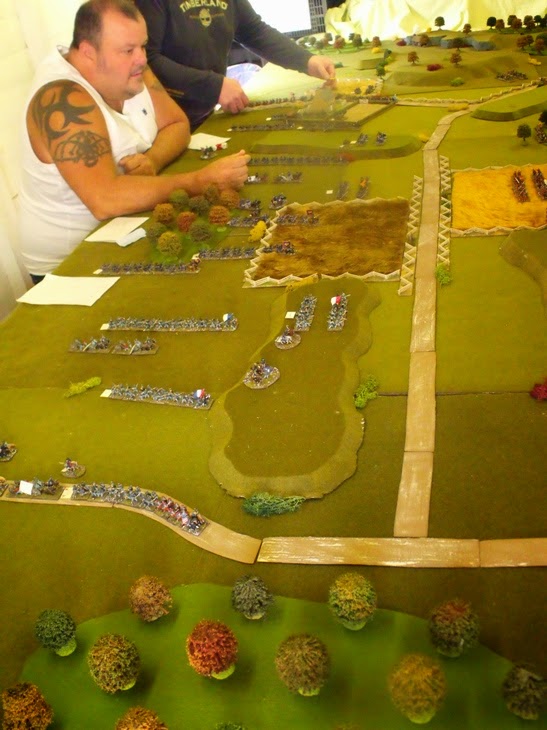 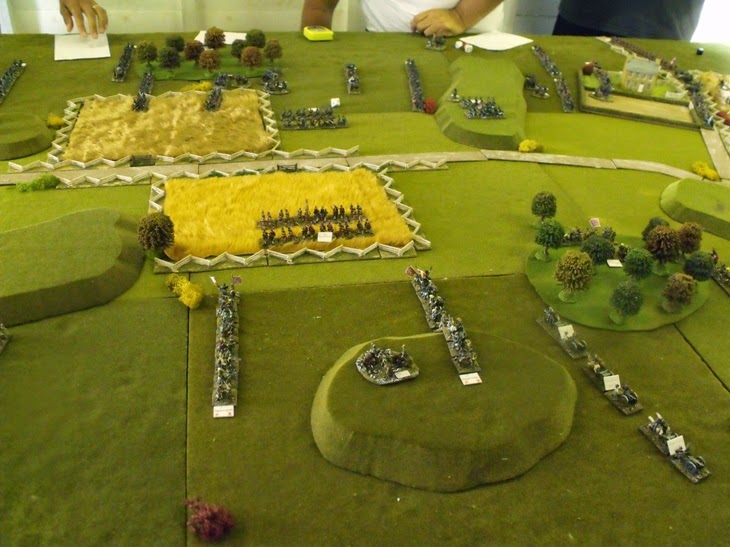 The centre of the field 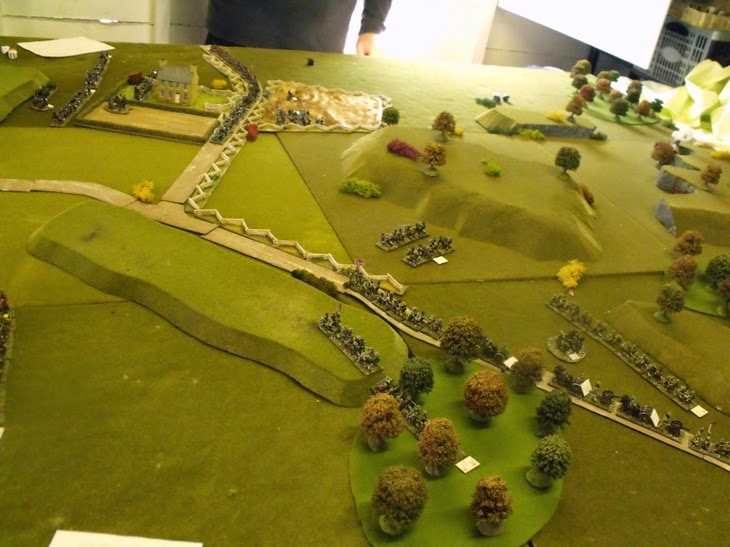 The right....
Now here's where things started to go a little tits up!
Loki bangs on about his unlucky dice throwing ability, but us Rejects have Lee to compare the boast with.
But Loki could be the new Champion shit dice thrower!
In the pic above Fran charged down the road in column? A dodgy but quite legit move, Loki would have done the same if we had won the first move. 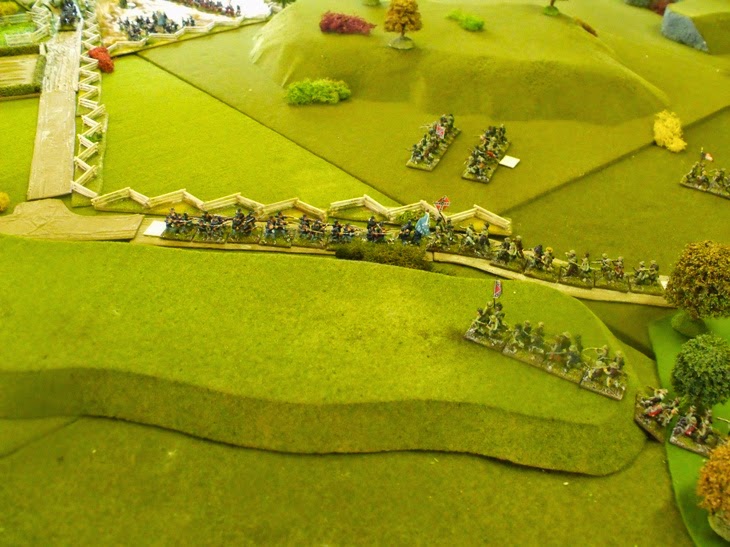 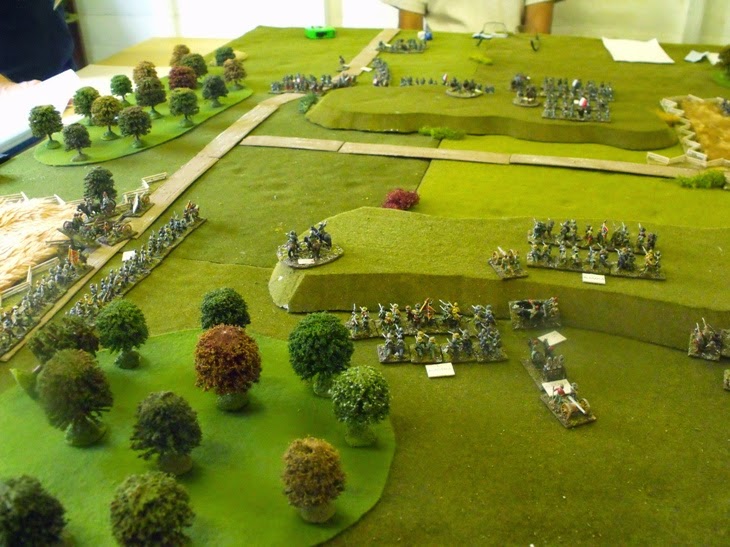 Meanwhile on our left Dave and Richard squared up 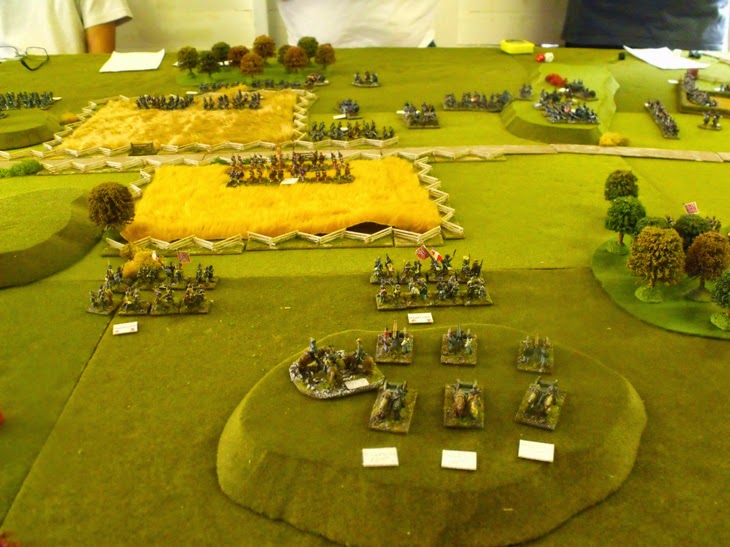 I unlimbered my guns and changed into line, Ian did the same. 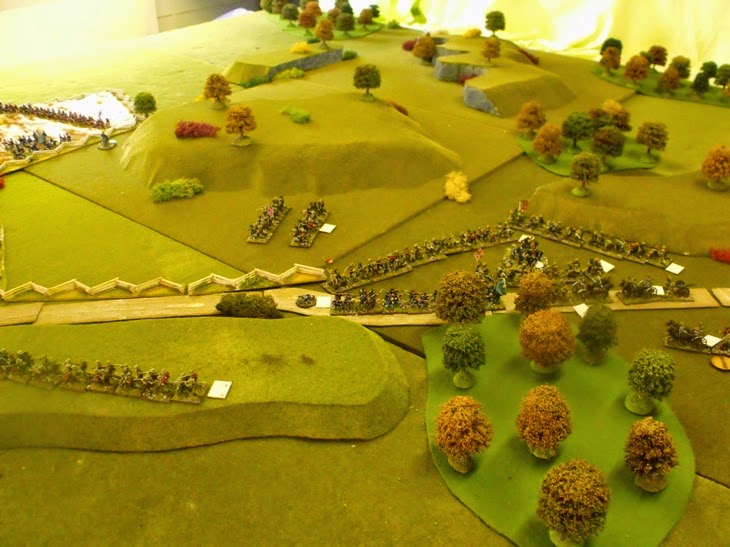 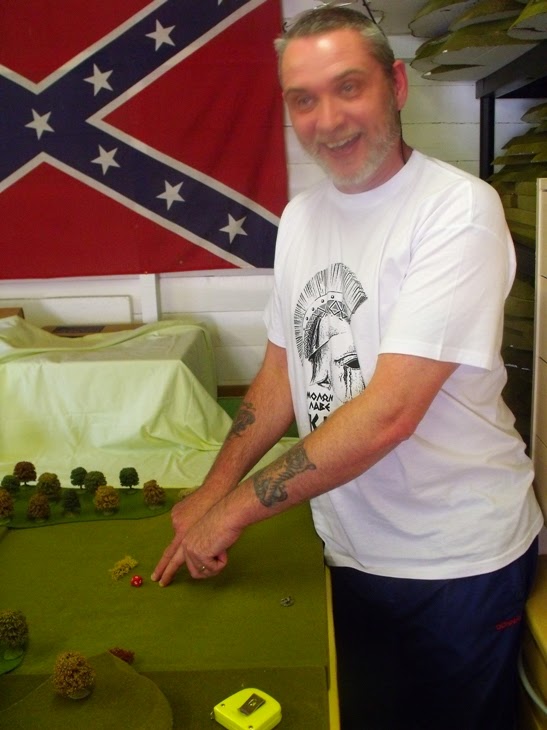 It was then Loki's time for revenge, he charged Fran's unit and guess what he threw in the melee
another bloody 1!!
He looked very pleased with himself...the tit! 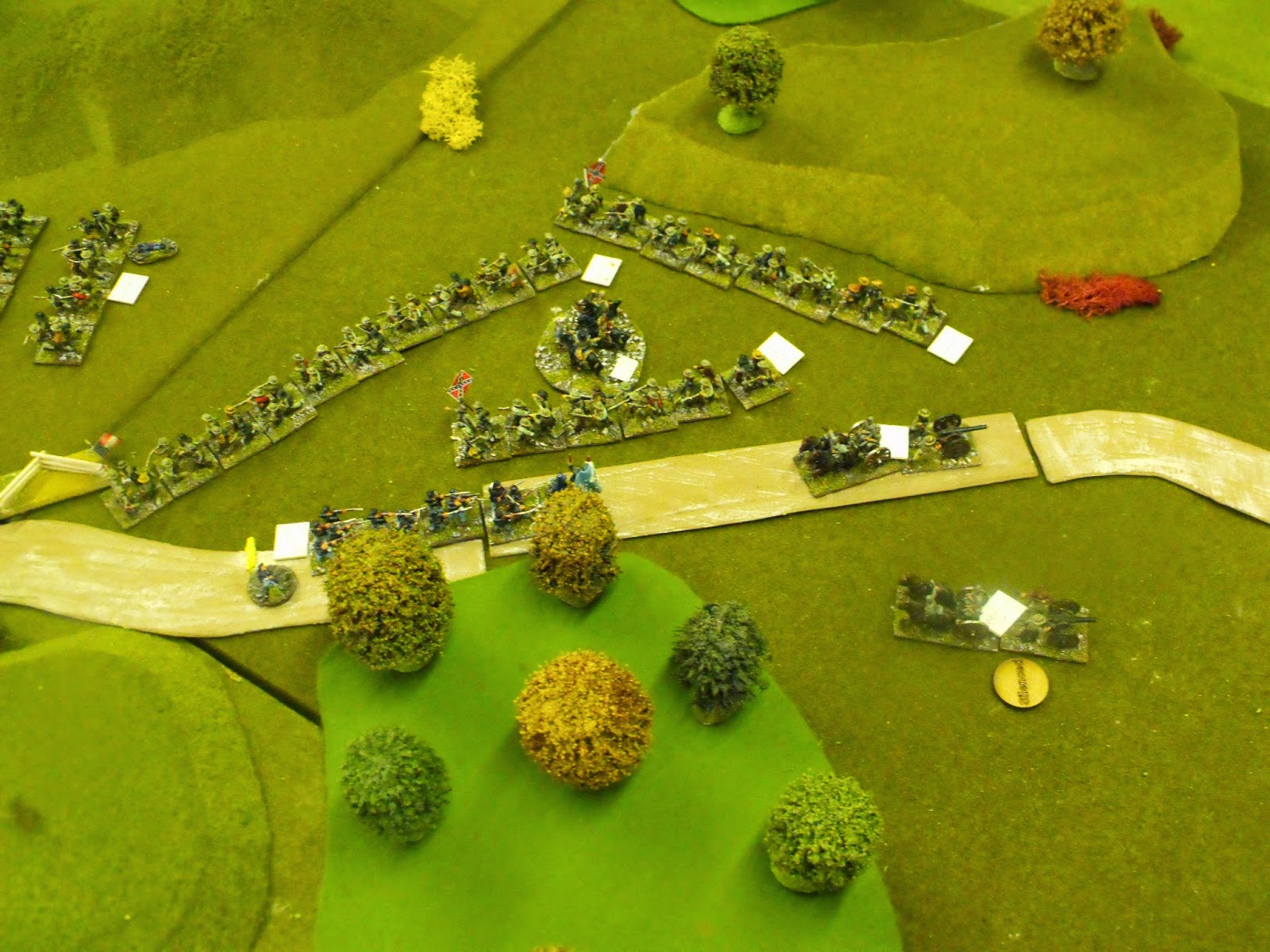 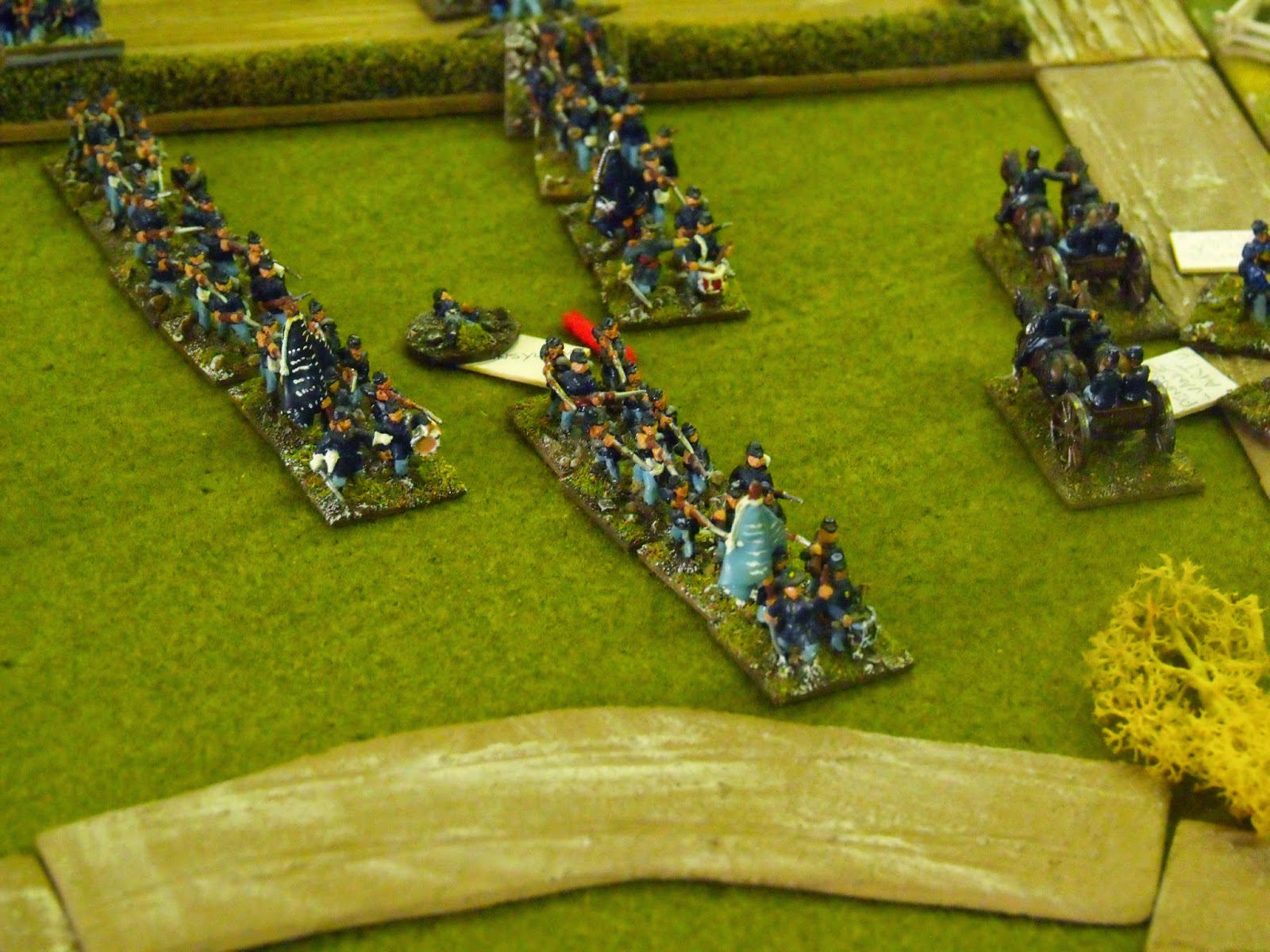 Fran's hero troops are finally pushed back, although If I remember correctly it was
from a bad morale throw? 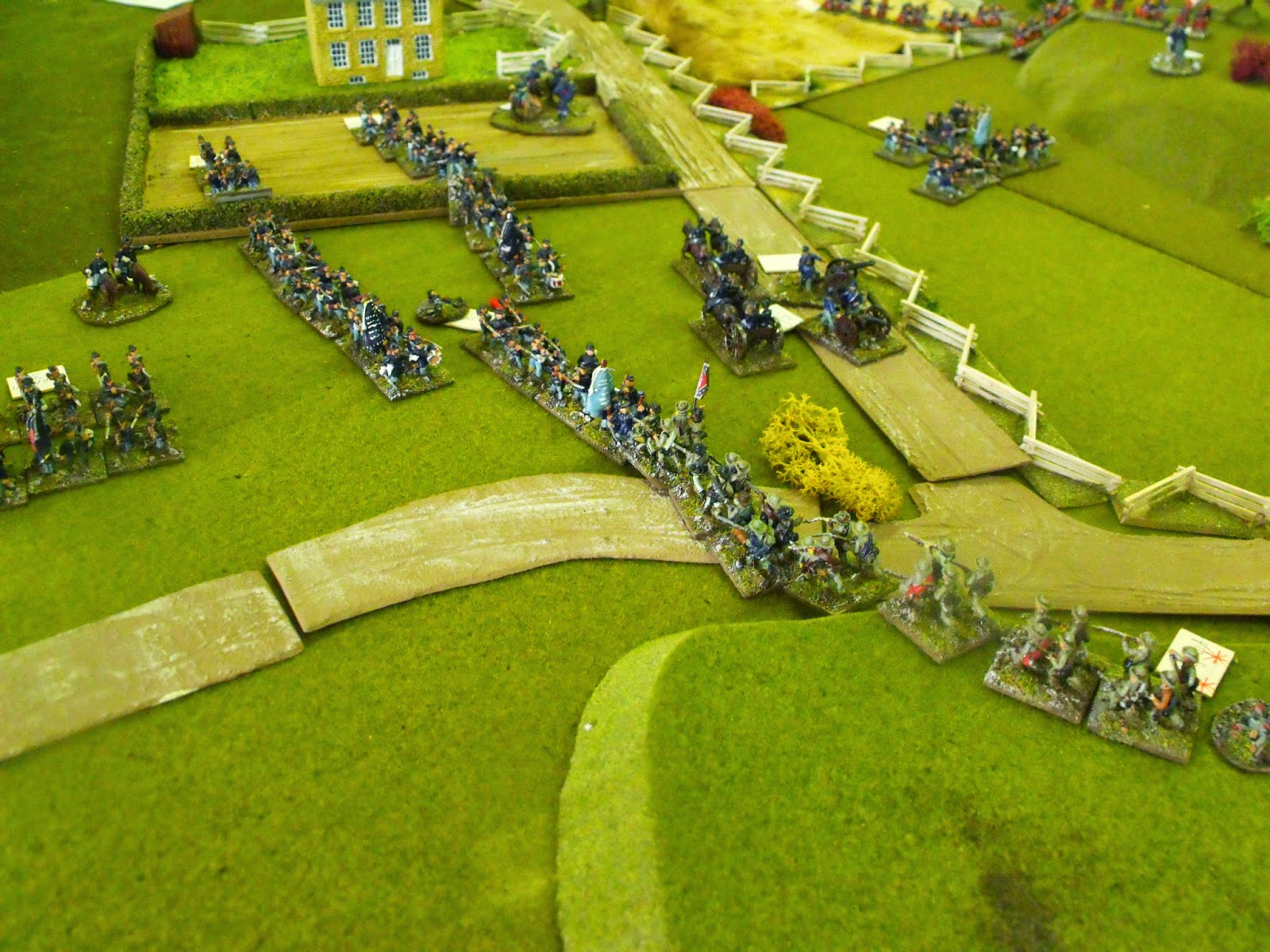 I talked Loki into charging the now depleted unit which was spent (red marker)
Guess what Loki threw in the melee? I'm not even going to type the bloody number!

After a few more bad move roles by us Confeckingerates I threw in the towel.
Ian managed to get 7 units setup in line in the centre while I was still poncing around, trying to set up
Loki was in a hell of a mess on the right. Dave still had a chance to at least to try and do the Union some harm, but in a mere 2 hours we'd basically had it. There was no chance on earth that we'd win the game.
Utter spanking complete!!!
So plan 2 was set in motion ( Sorry Postie!!)
Another game was set up..........

Prepare for the Battle of Loki's Revenge!!!