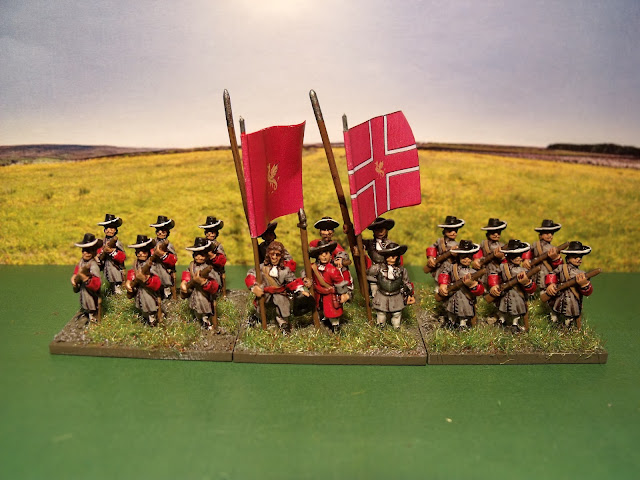 The twelfth and  last of my Irish Jacobite foot regiments (for now, he says??) For the Battle of the Boyne and for Aughrim. I wasn't quite sure what regt to paint up for my last foot regt, so I made up several different flags for different regiments but finally chose MacGillicuddy's foot, for no particular reason other than the great sounding name. I've not seen any other wargamer paint this unit up, so thought it would be a good addition the my army.
As per usual trying to find any info on the unit proved very difficult, but their Commander Denis MacGillicuddy was killed during  the Battle of Aughrim in 1691.

MacGillicuddy's were entered into the Analouge Painting Challange and earned me 40 points, I'm currently in  10th place, although my highest position so far was 7th. There are still 56 days to go in the Challenge but I'm gonna struggle making the top 10 let alone the planned top 5. Oh well? 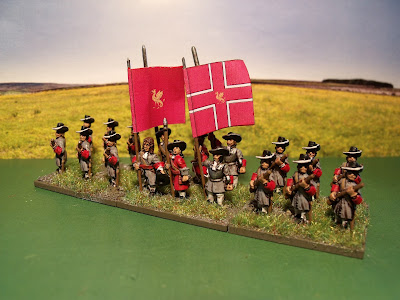 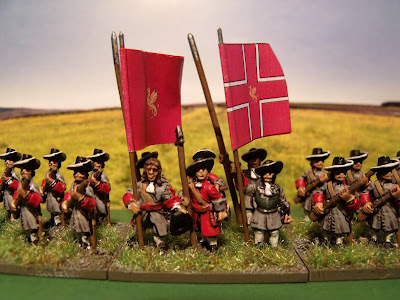