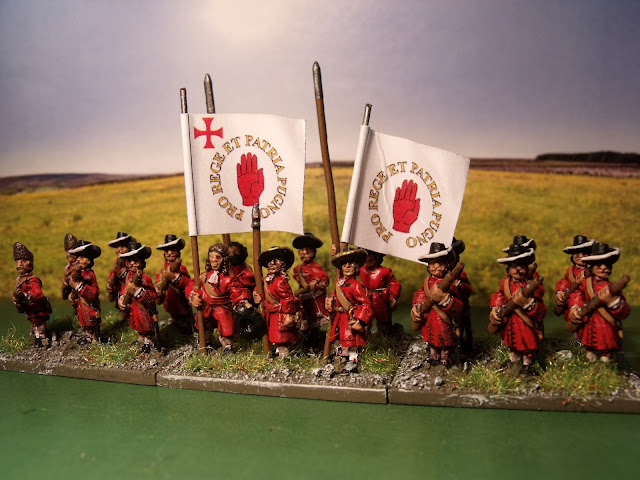 I'm finally getting close to finishing (who am I kidding?) my Jacobite army for the War in Ireland 1689-91. Today regt is that of Gordon O'Neil. Information on the unit is very sparse, but its one of the few Jacobite units where we know what the flags looked like and the colour of their uniform. Which is a pretty boring red coat lined red, at least it was a pretty easy paint. The figures were painted in December, before the painting Challenge, so can't be added to my tally....dammit!!
The figures are once again from Essex and the flags were made by moi!
O'Neil's fought at Aughrim and Limerick (1691). At Aughrim, the regt were in the thick of the fighting, in fact after the battle, Colonel Gordon O'Neill was found on the battlefield wounded, stripped and left for dead then rescued by maternal relatives, serving under the enemy Williamite General Ginkel,  .
After the war 409 rank and file men from the regiment elected to serve the French King, in the reorganizing of the Jacobite army O'Neill's as well as all the other regts were disbanded. O'Neill himself became the Colonel of the Charlemont regt of Foot. 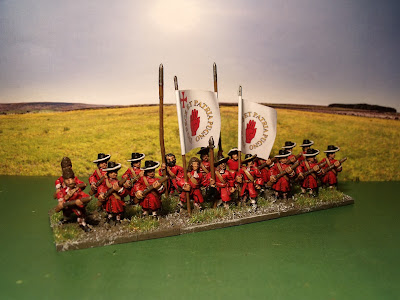 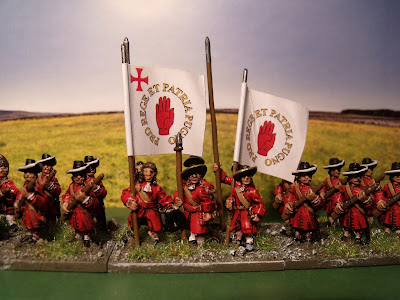 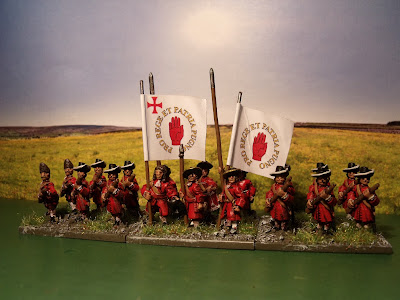