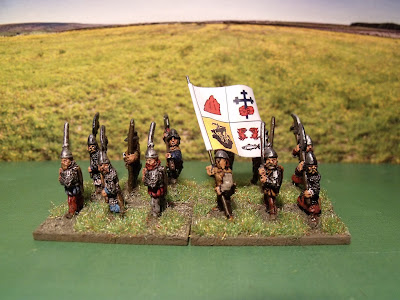 Hot on the heels of Wigmore Warrior John's 25mm Flodden figures, come my first 15mm figures for the Battle of Flodden. These are 3 units of Highlanders that fought on the right flank of the Scottish battle line. They were under the joint command of Archibald Campbell, Earl of Argyle and Matthew Stuart, Earl of Lennox.
All the figures are from MY Miniatures, they sell a great range specifically for Flodden, check them out! I've actually had the figures for around 6 years and have been planning on getting them finished before the 500th anniversay of the battle, but you know what its like, that little lead demon comes out and bites you on the arse and before you know it you've bought another period to paint. But thanks to Curt's Analogue Painting Challenge, (spelt correctly Curt....this time anyway?), all the other stuff gets a lick of paint, I've still got hundreds of the buggers to paint up and only 53 days left!!! Talking of the Challenge I'm currently at No 8 in the chart, only 800 odd points behind the runaway leader James. But at least I'm beating Fran!
These happy looking chaps along with another 4 units earned me 188 points in the Challenge. They're based up for the rules Warfare in the Age of Discovery. 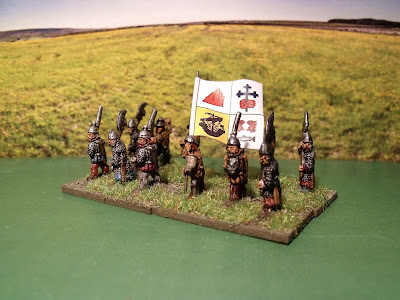 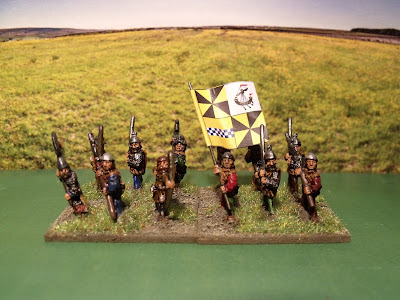 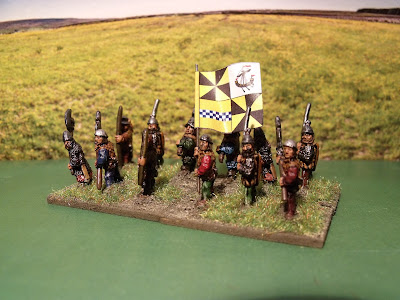 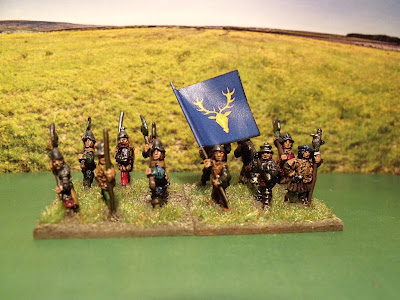 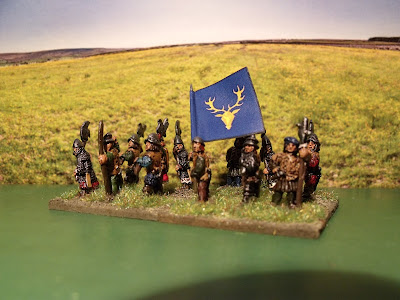