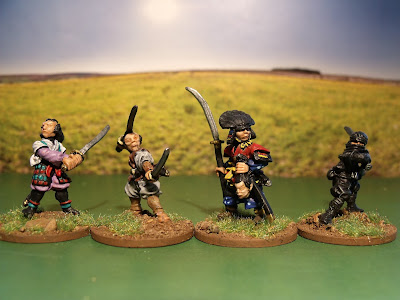 The price for entering Curt's Analogue (spelt right?) Hobbies Painting Challenge was to paint up a Ronin figure for Curt's 47 Ronin project. I bought 5 figures from ebay which are now sold by Foundry, but were originally Citadel Personality figures, the only figure I could identify was the figure second left in the pic above. Him being, Miyamota Musashi, who created a two sword Kenjutsu technique Ni-Ten Ichi Ryu. I've no idea who the other figures represent apart from the obvious Ninja.
I originally just painted up the Musashi, figure to send to Curt, but enjoyed the different paintjob so much, (I've never painted any Samurai figures before) so I painted the others up as well, then decided to offer Curt the choice of figures, he chose the chap in red above saying " I think I have to go with the fellow who's sporting a chap's head as a fashion accessory, (It's all the rage in Osaka, you know....)

These Ronin earned me 35 points in the Curt's Challenge, I'm currently in 8th place a mere 803 points behind the leader!!! 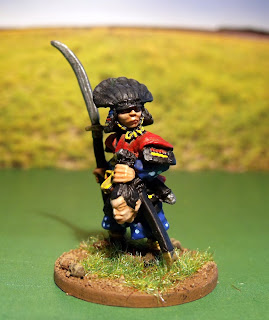 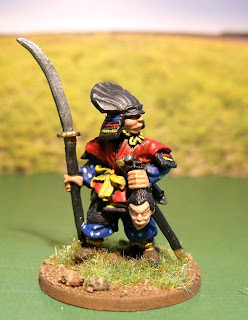 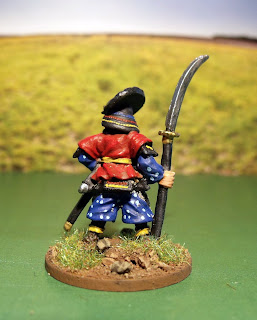 The other 3 figures are up for sale now, for £5 each so if your interested, just let me know! 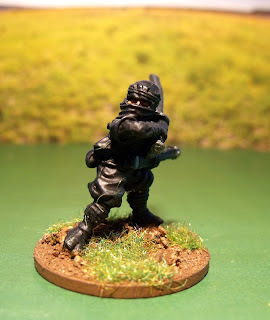 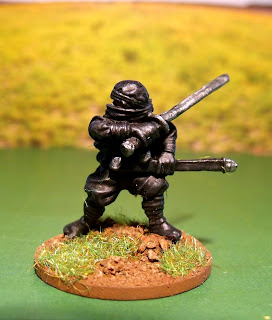 There were originally 5 figures in the bag from ebay, but one of them mysteriously vanished just after I showed them to Fran, he denies all knowledge of the figures existence, and even after showing him the ebay photo of 5 figures, still says he didn't pinch it.....the git! 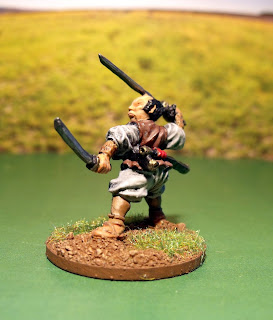 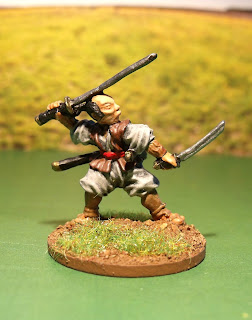 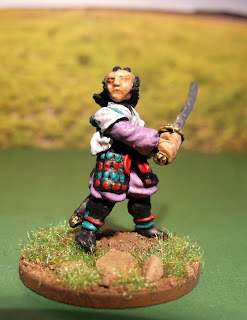 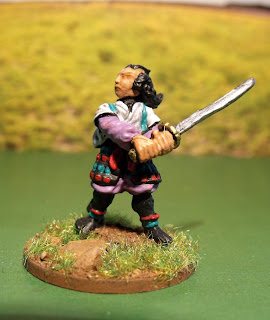 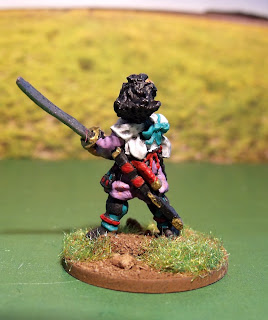