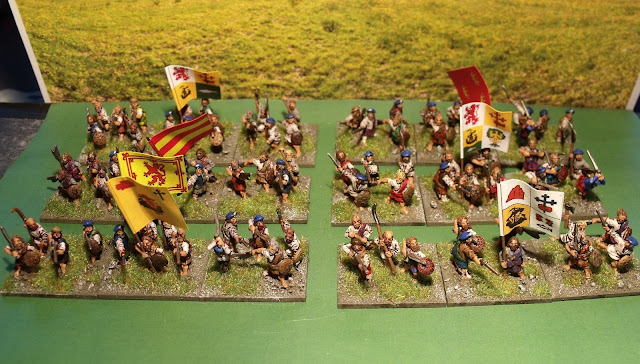 My second entry into Curt's Analouge Painting Challenge and earning me 178 points are the 6 Scots Jacobite units that fought and won the Battle of Killiecrankie on the 27th July 1689.
Now I swore to myself that I wouldn't and shouldn't diverse off again from my original English/Dutch army of Flanders. I already did adding the Irish Jacobites and more allied units that fought there, now I've put my foot it it and bought and painted these buggers!!! Of course this means I've got to paint the other few units that fought for Viscount Dundee in the Battle, but the question is,  do I now paint up the English/Scots that fought on the losing side? or do I just use units that are already painted, now these won't have the right flags or uniforms and will leave me with a bad taste in my mouth...............what the hell am I going on about of course I'll paint the bloody things up!!!!!!

The figures are from Essex, the bases are from Warbases and the flags are by me!. Now I swore I ordered enough figures for each regt to have 15 figures, as per the rule for warband troops in Beneath the Lily Banners, but I ended up short??? So some of the regt have fewer figures which isn't to bad as the McLeans and the mixed clan unit were quite small, so they ended up with only 12 figures but will count as 15 during a game.
BUT, yesterday I found the missing figures, that I didn't even know were missing, in a box all painted up shiny and new! So it's decision time, do I leave them in the box or get my knife out and base them on the units????? I really wish I was a little more organized.............. 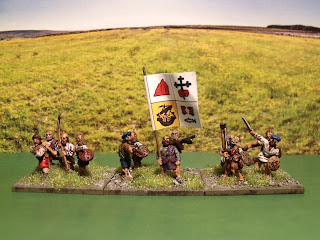 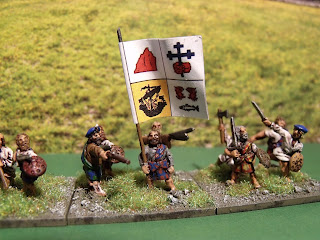 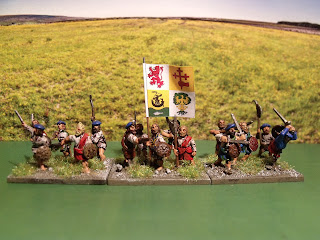 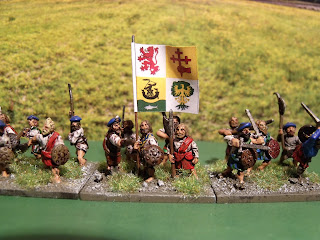 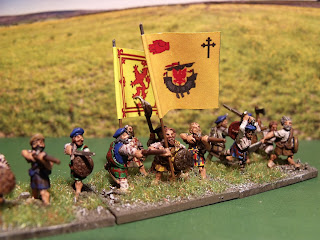 McDonald of Glengarry, who also carried the Scottish standard 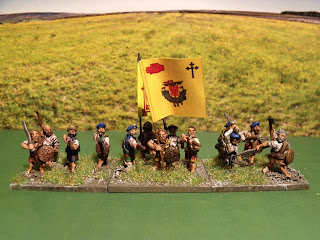 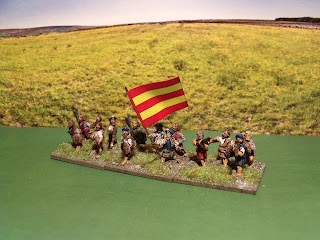 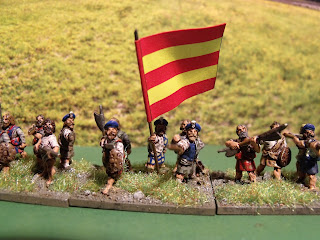 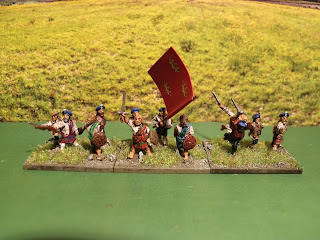 A mixed unit made up of Clans Grant, Chisholm, Fraser and Graham.
The flag is that of the Grants. 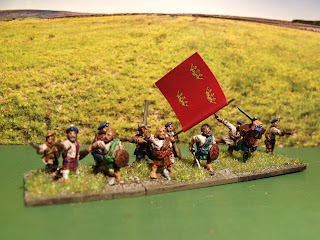 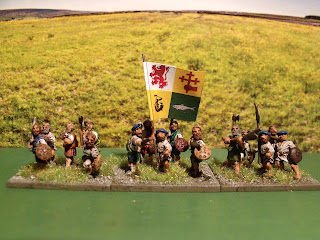 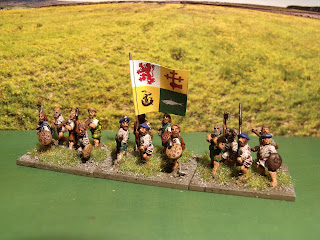