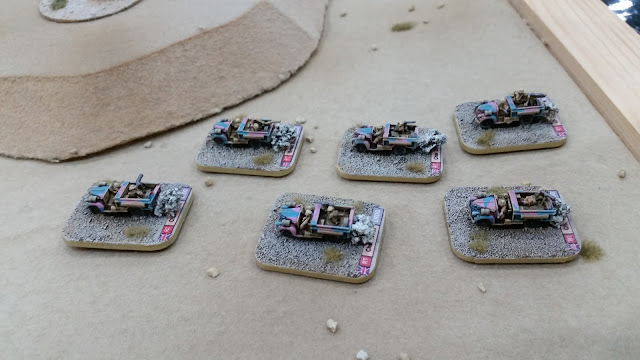 As you may have read on BigLee's blog, Posties Rejects were at Broadside on the 11th June. BigLee put on a tremendous WWII 6mm Desert War game. And we won "Best at Show" or rather Lee did.
The effort that poor chap put into the game was outstanding, from the figures, to the buildings and the terrain. Well done ol boy! 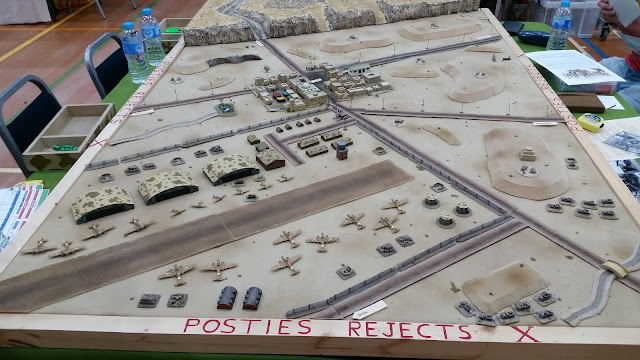 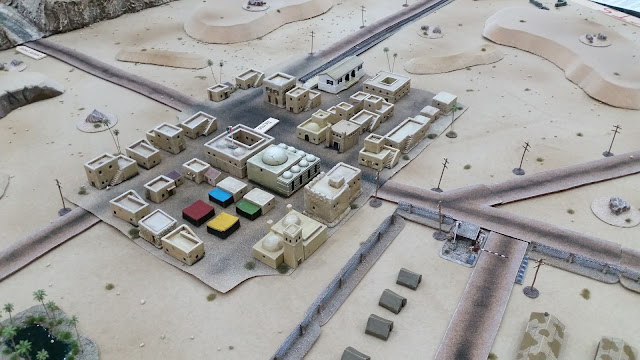 The town of Barce 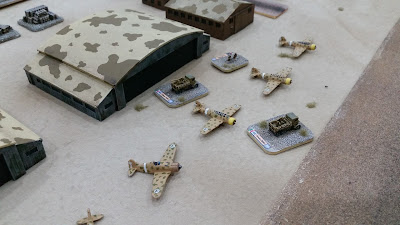 The Italian's were fast asleep, unaware of what was about to happen? 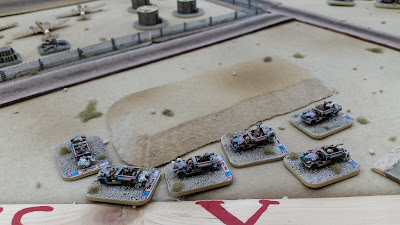 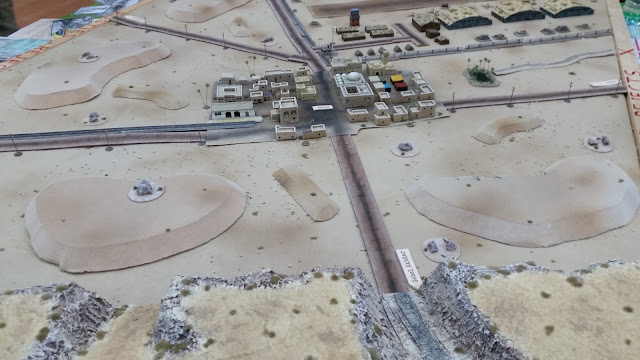 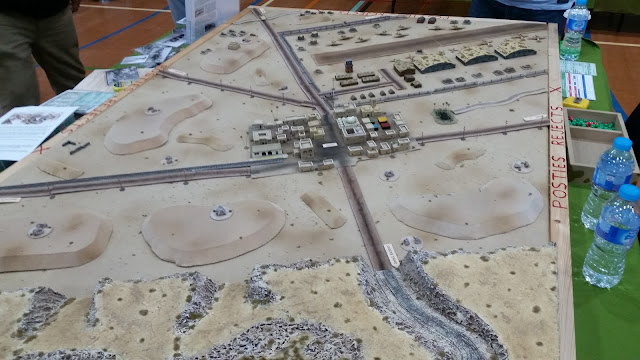 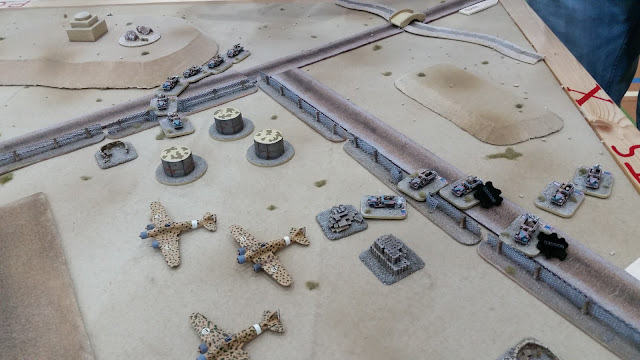 2 Patrols try and break through the fence line
2 Trucks fall foul and bog down. 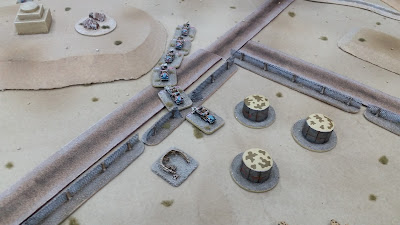 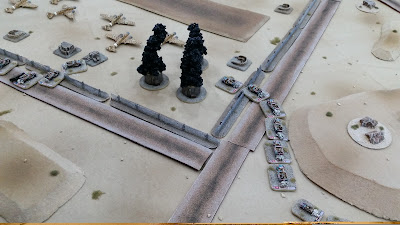 Boom!
The fuel dumps lights up the night sky.
Unfortunately it also wakes up the sleepy Italians! 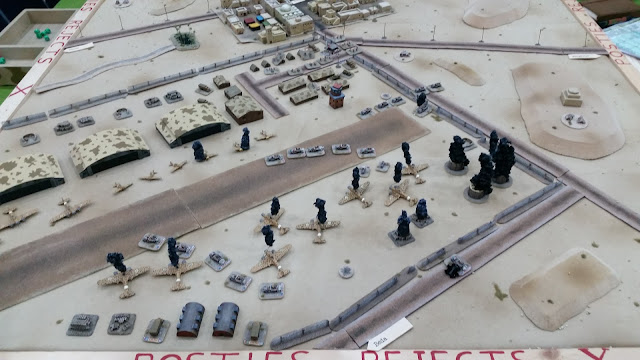 Moving on a turn or 2
The LRDG move down the line of planes blowing them all sky high!
Note the lone Truck, still stuck at the fence! 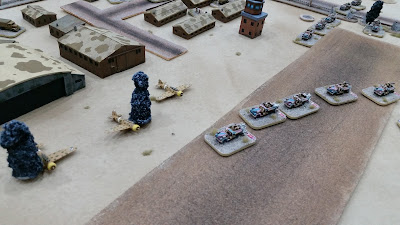 The 3rd Patrol turns up at the fence. 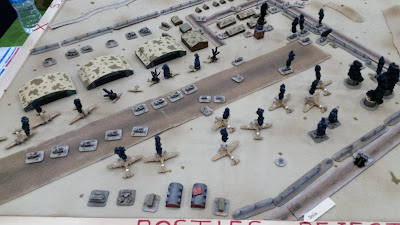 The 3rd Patrol takes heavy casualties at the fence and stalls
while the 1st and 2nd carry on their destruction. 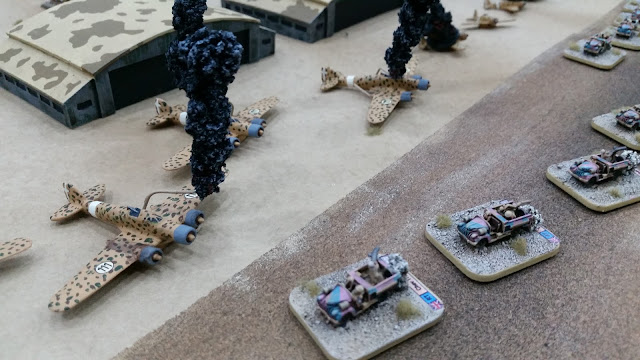 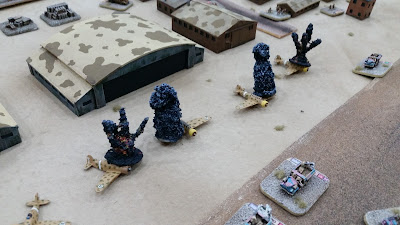 As well as the remaining Fighters 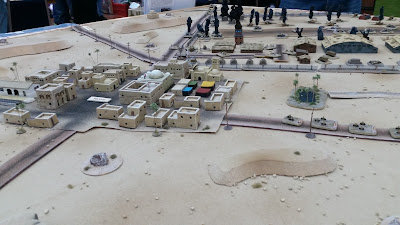 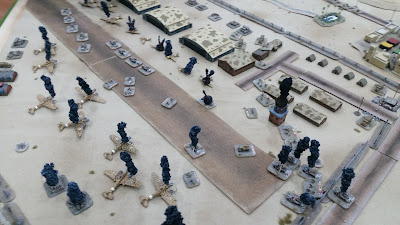 Disaster for the LRDG
The 3rd Patrol are virtual destroyed! 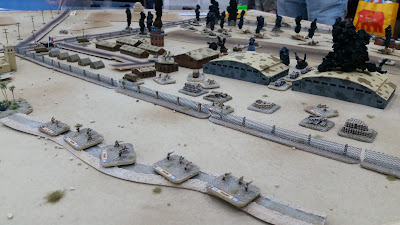 More Italian troops turn up, this time on the Beda Road 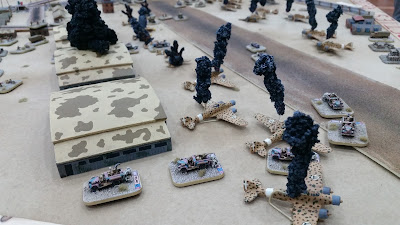 The LRDG turn their sights on the Hangers 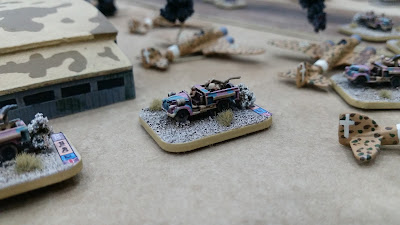 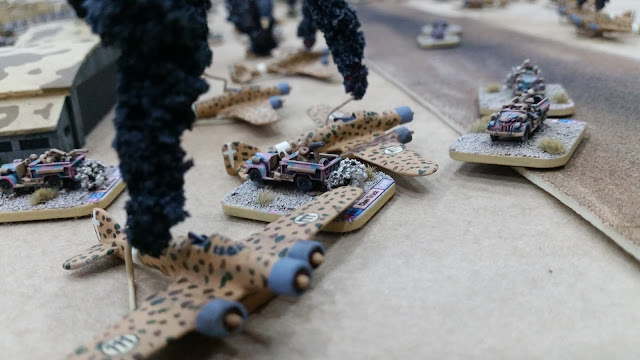 Dodging through the flames 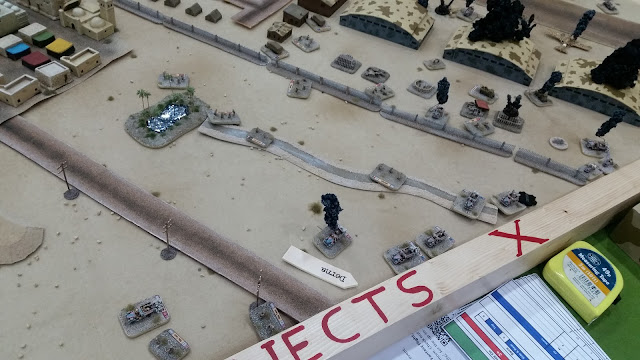 The LRDG try and make their escape, back to the Gebel Akhbar Moutains.
While being chased by the enemy. 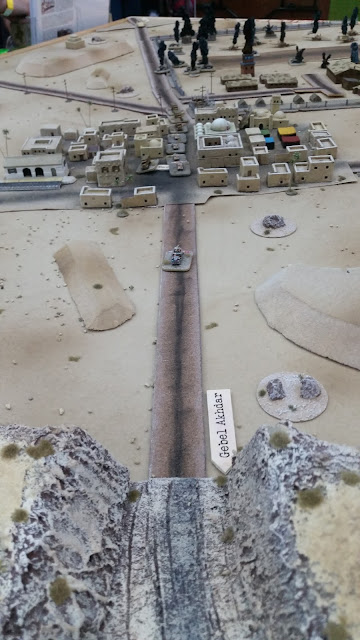 A brave lone truck, perhaps Commanded by Captain Earsmith himself, blocks the road
to let his men escape. 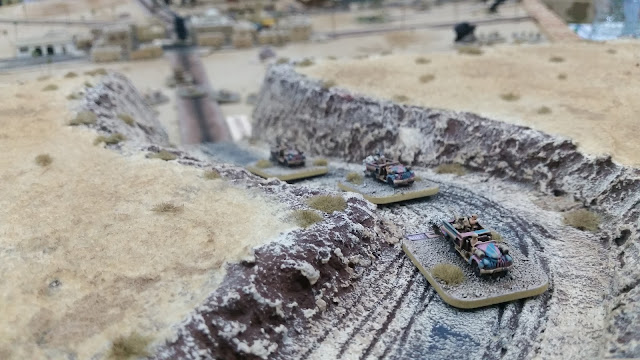 Only 3 trucks make it off the field intact, which was three more than the historical outcome!
But although the other trucks were lost, many of the crews escaped into the night .

So the result was a resounding win for the Allies!

A great day out was had by all. made all the better winning the best game at the show. I think I can talk for all the other Rejects, we were all completely shattered after the show, all with sore throats with all the talking going on.

Wonder who's turn it'll be for a game next year?