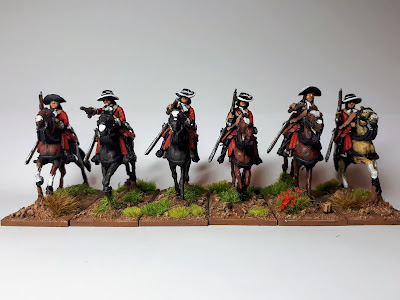 Phew! Finally got some figures done!
My third entry into this seasons AHPC and would you believe it.....
More figures for Donnybrook!
I wanted an English Horse regt, so using 6 Warfare Miniatures I painted these chaps up to represent a generic unit of English of Jacobite Horse. I'm not quite sure why I chose white
as their cuff colour? I felt rough when I was painting and couldn't be arsed to go and get my reference books. I should have painted them yellow, but hey ho, maybe I'll repaint them one day........yeh right!
The unit at a pinch they could be used as French.
You never know, one day they may appear in a batrep on my blog, when I can
get my butt in gear, that is!! 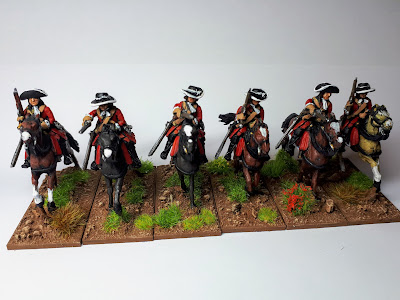 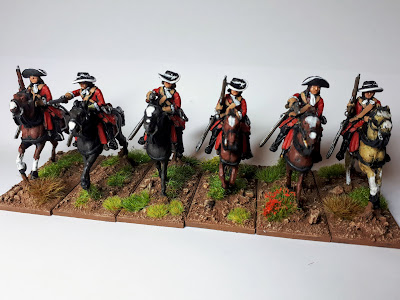 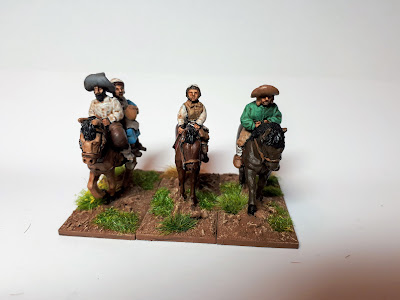 The next 3 figures are from Col Bill's Depot Battalion
selling as C17th Century Mounted Peasants. Col Bill does make some excellent
civilian figures for the 17th century. You may well see more from his figures later
in the Challenge. 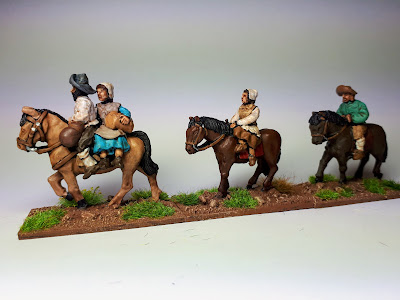 Once again these will be used for my Donnybrook games......yeah I now? 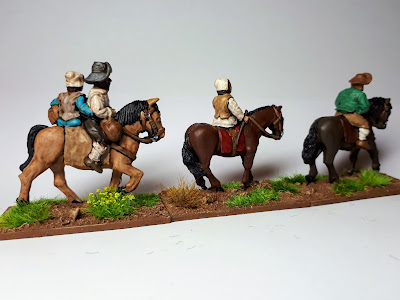 These figures pushed me way up the table to No 36!