I'm sure you've all seen at least some of the figures I've been painting up for my Donnybrook Haitian Revolution project. Well I've got loads of figures done to its time for a game soon (fingers crossed). I made loads of jungle terrain a year or so ago, so my thoughts turned to buildings. 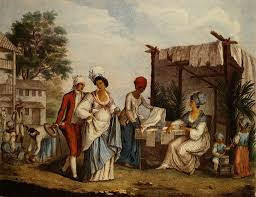 Funnily enough there aren't that many pictures of Santo Domingo during the late 1700's and nobody makes building specifically for this period (why would they?) Being a colonial French and Spanish island logic tells me the buildings would have a Spanish/Mediterranean look to them 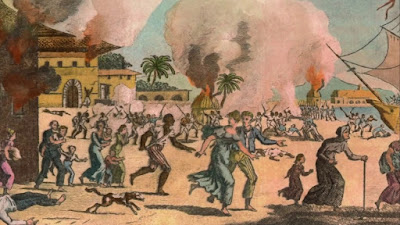 You can get a little bit of an idea in this picture. 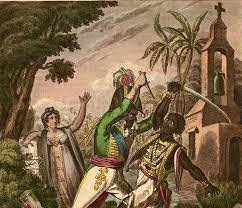 So the search was on for suitable looking buildings...... 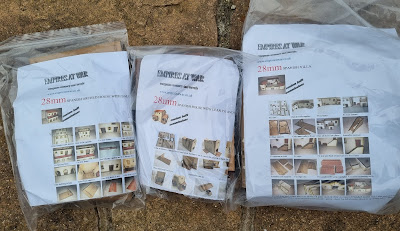 I remembered seeing some buildings on the buildings on Ken's Yarkshire Gamer's blog a few years ago
They were from a company called Empires at War, I decided that these would/could fit the bill.
Now here's the problem, I went slightly overboard and bought nearly the whole range!
I have been busy beavering away building them ever since the Challenge ended. I did plan on posting pics as I went on, but it never happened, so here's a pic of the buildings that are left. 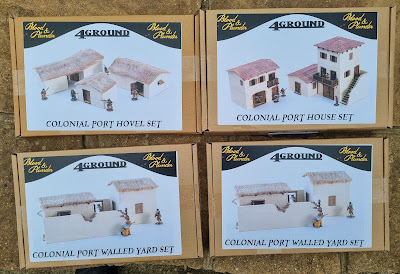 But I wasn't yet satisfied......
Mrs R and the kids all chipped in and bought me some 4Ground Pirate range buildings.
I did look at these before buying the Empires at War buildings, but they are so expensive.
So when 4Ground announced they were closing (boooo!) and were having a sale,
I thought I'd get some.
I ordered them back in March a few weeks before my Birthday, hoping they'd arrive in time for the big day??
But 4Ground had different ideas.
These actually turned up last Friday! I know they were inundated with orders, but 3 months?
Really?
Anyway I will start posting up a few pics of what I've made so far soon, so look out for the posts.
Posted by Ray Rousell at 19:41