At the weekend 5 Rejects got together for a test game of Reject Richard's new period and new rules.
Richard had spent the last few months getting together two opposing armies for the French Wars of Religion 1562-1598. 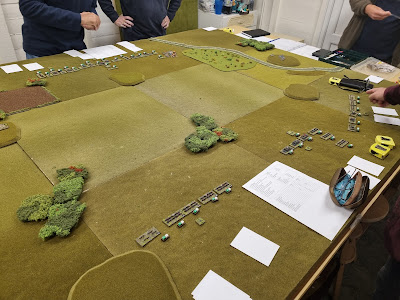 Richard's eye was caught by Sidney Roundwood's 2mm extravaganza originally and then also by the new Strength and Honour ruleset. (Which I've gotta admit made me rethink new projects as weel) Rich splashed out on Irregular miniatures 2mm range, with the intention of having grand tactical games. 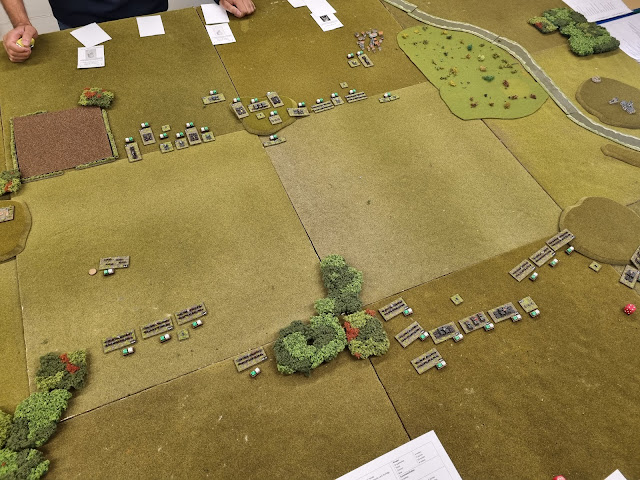 Which I hope you can also see the appeal for? 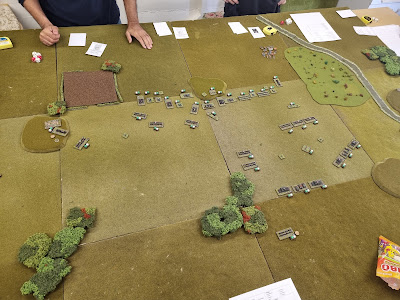 We used a 6 x 8 table, with plenty of room on the flanks, but only really used the middle of the board. BigLee has already posted about this game here.
And like him I won't go into the rules too much, but all I can say is, they worked really really well. 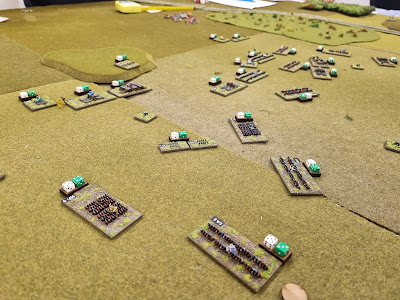 Giving both a fun game, but more importantly a game that made you play to the period. 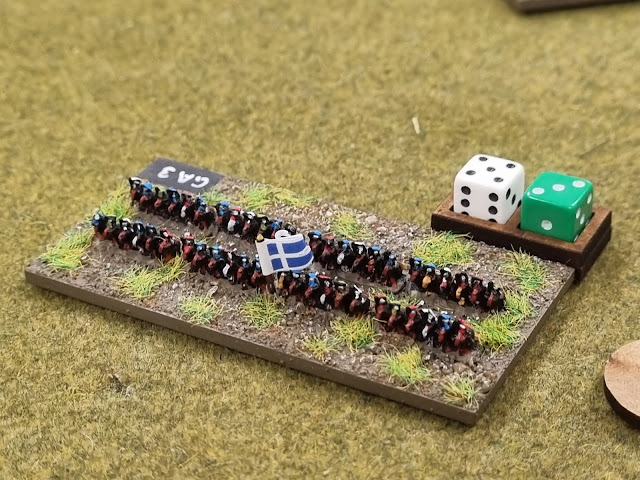 While 2mm won't be everyone's cup of tea, the thought of recreating massive battles from history, that would cost an arm and a leg in any other of the popular sizes 6, 10,15 and 25, should make you think again?
This unit of 48 French Gendarmes costs just £1.32!!!
Yep £1.32! 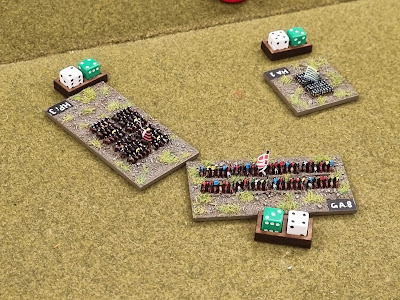 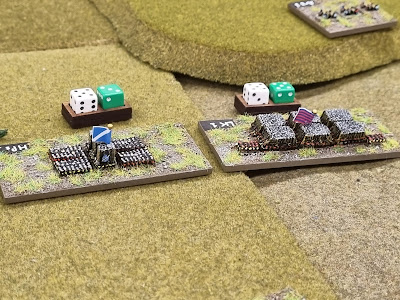 After seeing Richard's figures and Barry Hilton's Attack on Chatham Dockyard figures and terrain.
I too have purchased some 2mm figures, to refight a battle I could have only dreamed of doing before (more on that another day) 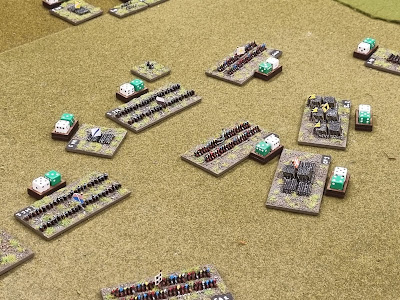 Check out Richard's blog My Wargaming Habit, for more on his figures and of his rules 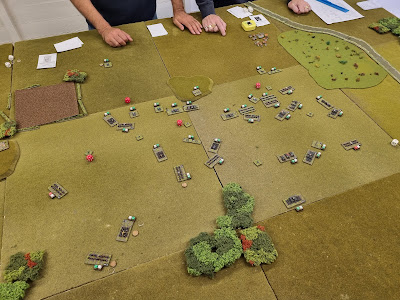 The only thing you do need is a massive pair of glasses to paint the buggers!!!
Posted by Ray Rousell at 12:05