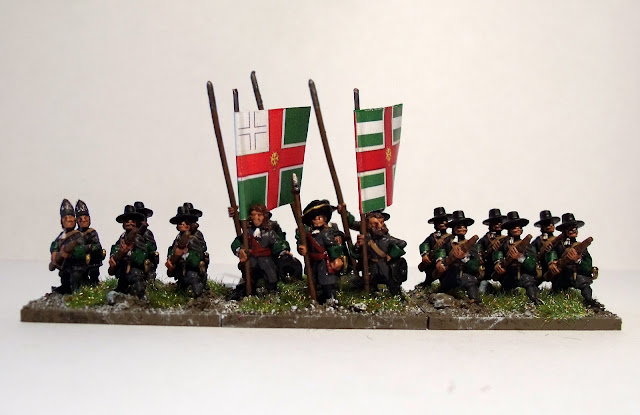 Francois du Cambon had been a French engineer officer until 1685 when the Revocation of the Edit of Nantes obliged him to seek employment overseas.

On 21 August 1688 he was appointed as William of Orange's Chief Engineer and Director General of Fortifications in the United Provinces of the Netherlands. After service in the Dutch army, du Cambon was commissioned Colonel of one of the new Huguenot regiments in England in 1689 and he fought with his battalion through the Jacobite Wars in Ireland before leaving for service in Flanders. He was killed at the Battle of Landen/Neerwinden on the 9th August1693 and was succeeded by Frederick William de Roy de Rochefoucauld, Comte de Marton, later created Earl of Lifford, who had entered the English Army under James II as a guidon in the Life Guards.

Once again the figures are from Essex Miniatures and bases are from Warbases, links for both these companies can be found in "My Favourite Links", on the left of this page. Once again I've included a stand of pikemen, although the regt never had them at The Battle of the Boyne. 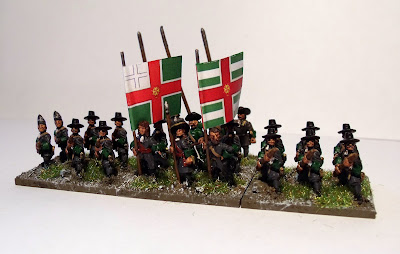 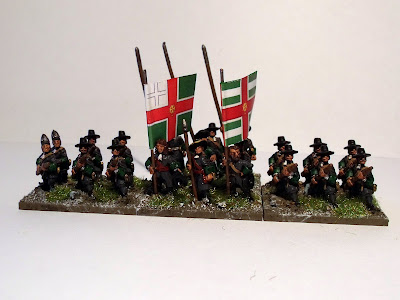 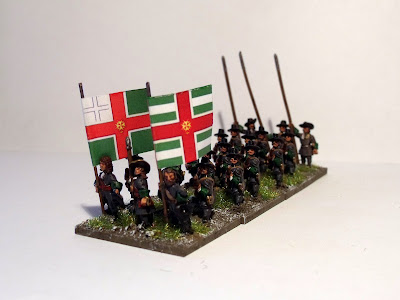