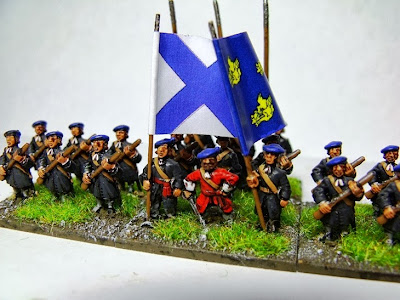 Lord Kenmure's regiment were raised by Alexander Gordon 5th Viscount of Kenmure on 19th April 1689. It was commanded in the field by Lieutenant Colonel John Fergusson of Craigdarroch. Most of its officer and men were Westland Whigs, but it seems that many Ulster Protestants refugees who fled to Scotland during the Londonderry campaigns filled the ranks as well.It contained approximately 600 men in 10 companies.
Its suggested as they were raised quickly they may have not been uniform's, so the men would have worn their hodden Grey coats, so I've chosen to paint the unit in hodden grey and with bonnets, but as you can see I've added a splash of colour painting the Officer with a bright red coat.
At Killiecrankie the regt were completely mauled, so in 1691 along with Glencairn's, Grant's and Menzies of Weem's Highland Independent company, were drafted into a new regiment, Col John Hill's, who would later garrison Fort William.
There is no info of flags carried for the unit, so I've given then a generic blue on white saltire and the Gordon flag I made for my Scots Flodden army for Alexander Gordon 3rd Earl of Huntley, here. 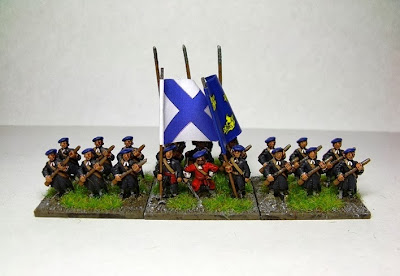 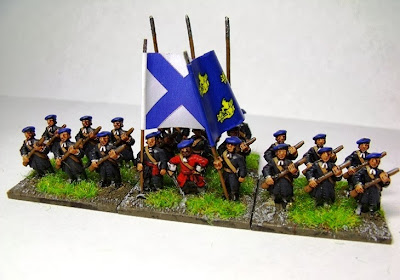 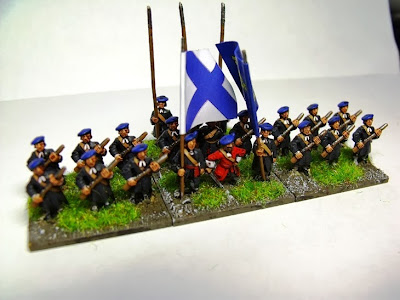 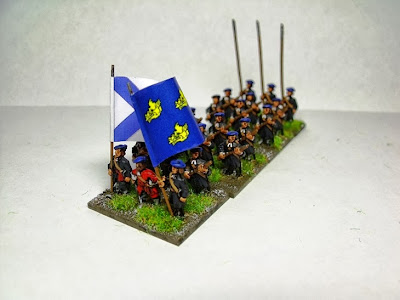 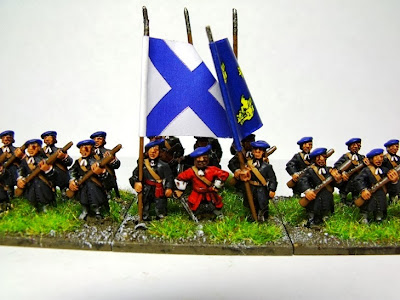