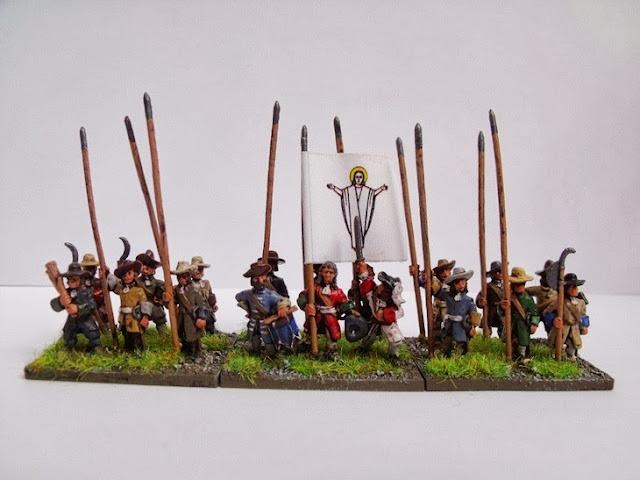 Possibly and I do mean possibly my last unit ever for the NYW in Ireland. I've pondering the idea of an Irish Militia unit for quite some time now, and with the hopefully soon to be released Irish Campaign book for Beneath the Lily Banners (come on Barry, I'm waiting!!) coming out soon, they should be of use. This unit unusually for my troops has no name, it represents either a very hastily raised body of men or a very poorly equipped Jacobite Irish unit.
As you can see the unit is entirely made up of hand weapons with no firearms at all. I was going to make them an all pike unit but as I had a few figures left from my Irish Rapparees, I thought I'd add them to the unit just to spice it up a little. For games they will be classed as an all pike unit.
I'm not too sure if the Jacobite players will like to have this unit in their army, I can see it being used as support, you don't really want to push these chaps out in front! Mind you they may do a lot of damage to a Cavalry unit if they're daft enough to charge them, of course that's if they stand their ground and except the charge!!!
I did make a bit of a boo boo though, I should have made the flag more generic, then I could have used it for both sides. Its supposed to represent a Holy Banner taken from a church, I think its a little more Catholic looking than Protestant, so it'll probably stay a Jacobite unit!! 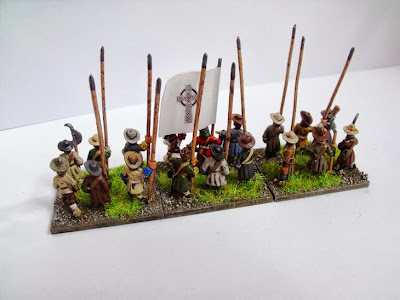 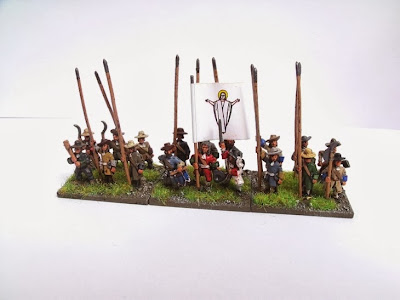 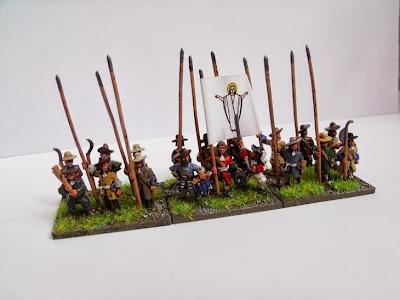 Not sure if there's a glitch on blogger at the moment but my hit count has gone mental since my last post. BigLee's die roll challenge has had 2500+ hits since the 16th???? And in the last three days I've had over 5000 hits altogether?? Not that I'm complaining of course. Has anyone else seen a strange increase??
Ray