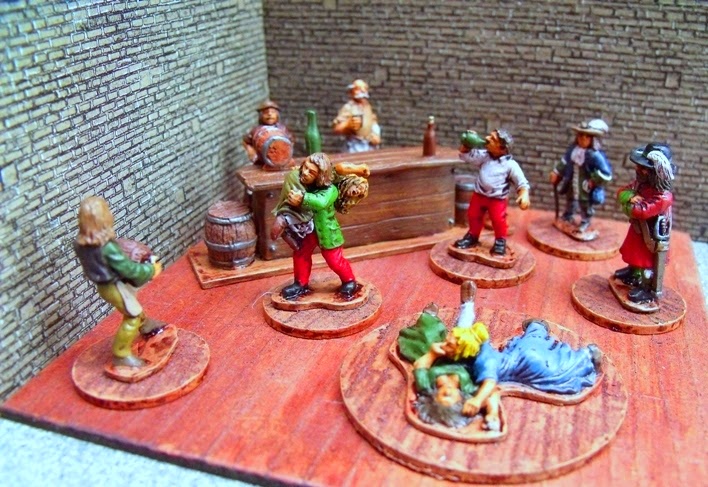 This was the only bonus round that I actually had a plan for from the start,  Originally it was going to be a bit smaller, only having the Dixon figures - Tavern Brawl, but I got a bit carried away adding figures and various bits and bobs of scenery to add to the effect.

So if you haven't already voted in the Comedic round, get on over and cast your vote, here.  There are some great entries once again!!!

Setting the scene....
Welcome to Ye Old White Hart, a quaint old English pub circa 1685, just outside of Norton St Philips, during the Monmouth Rebellion. 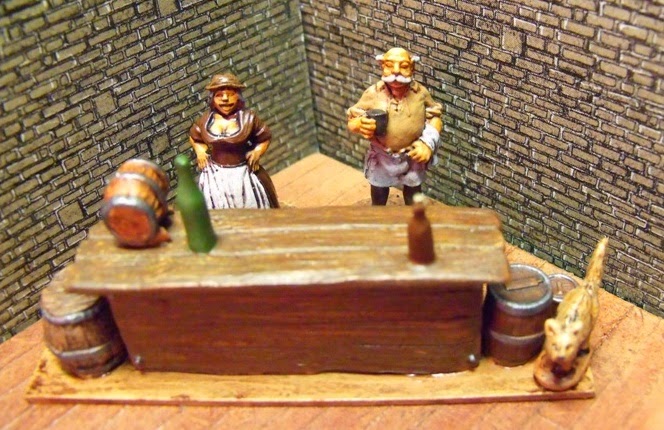 Curt and Sarah Campbell the proprietors of this most English of Public Houses. And their moggy Millsy... 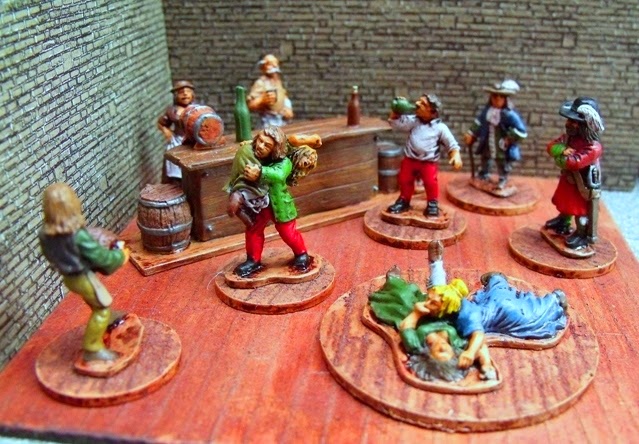 Privates Dave Docherty and Alan Dearn have nipped out of camp, to the local village pub, for a few swift halves and a bit of tickle with the local lasses. 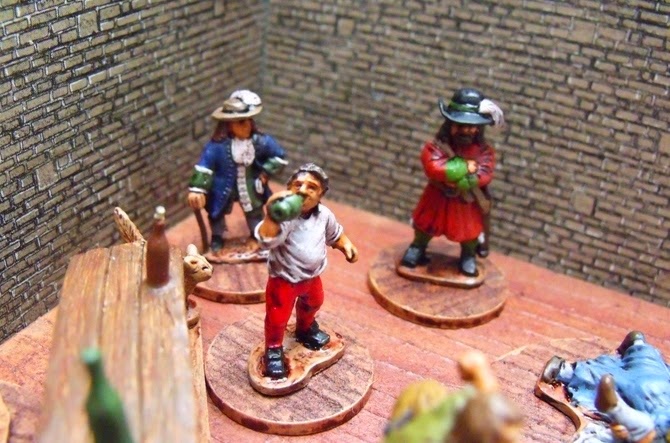 But they obviously haven't noticed a rather stern looking Sgt Willey eyeing their disgraceful behavior! Not only boozing but fraternizing with the locals?? Mayor Scott Bowman also looks on disgusted by dirty the goings on, and wishing that was him with that dirty girl Daisy on his shoulder. Millsy manages to get in the pic as well! 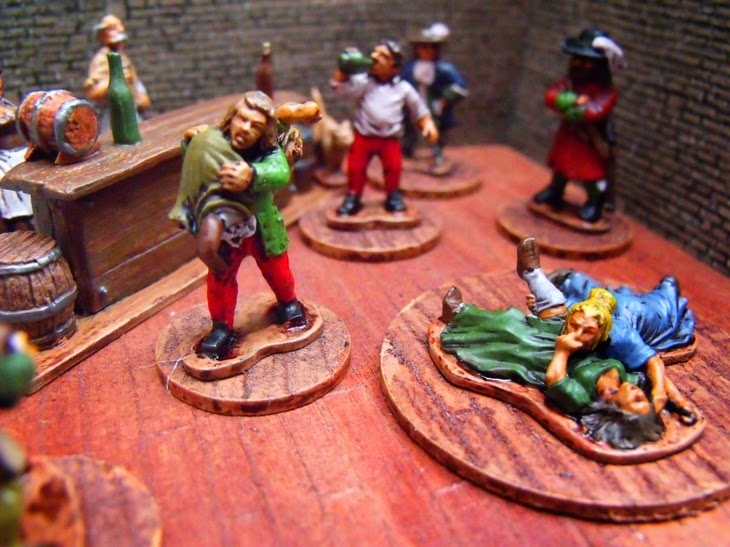 And talking of dirty goings on, look at those two on the floor, fighting it out, pulling each others hair and sticking fingers up each others noses. Even though she's on the bottom Tamsin seems to getting the better of that bad Irish lass Anne, who pinched her drop of Farmer Awdry's Best Ale.But you've gotta feel sorry for Private Docherty, he's thinks he's off for some fun and frolics with Daisy, she's not best pleased by the look of things, but nor will he when he finds out that Daisy is infact the local rebel leader Clint Burnett in disguise!!! 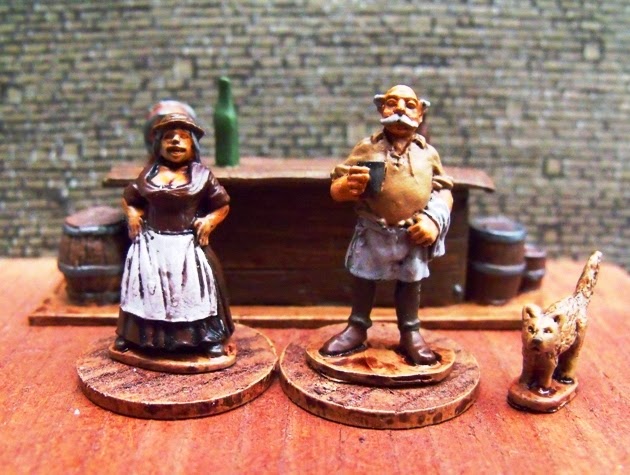 And here are a few close ups of the figures
Dixons, SHQ & Can't remember 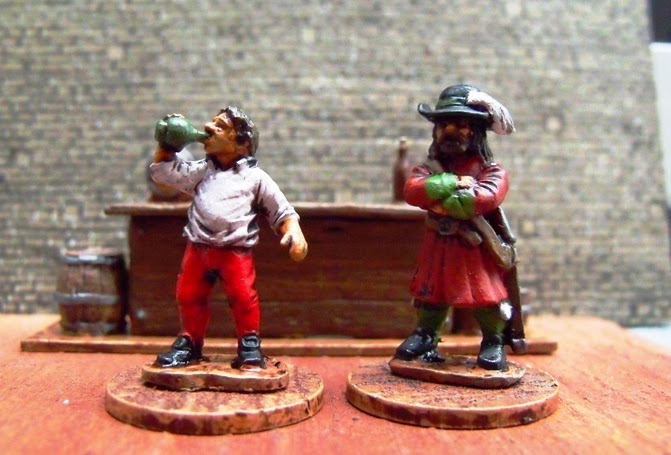 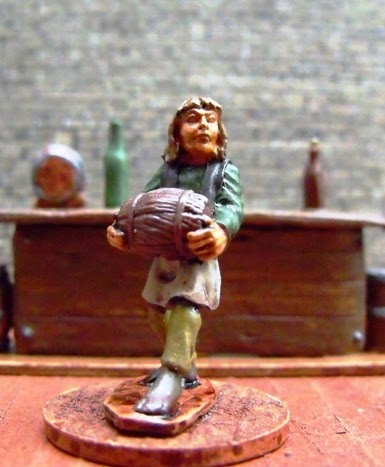 SHQ - The only figure not named, only because I forgot to add the details in my email to Curt.
This is infact the son of Curt and Sarah, he's a strong lad with strawberry blonde hair, but the poor chap hasn't got a lot upstairs??
You could say he's pretty thick.................and his name's Francis! 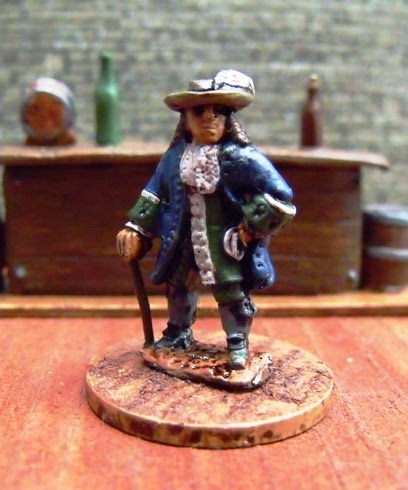 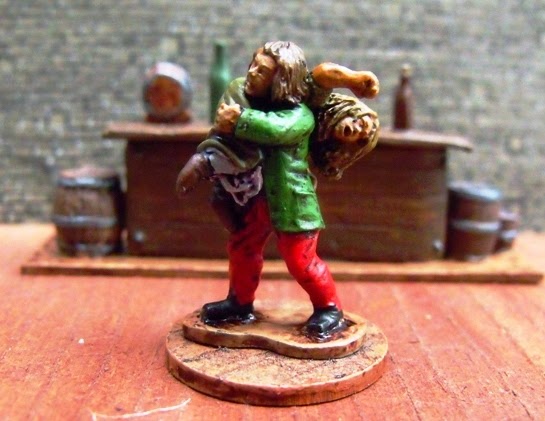 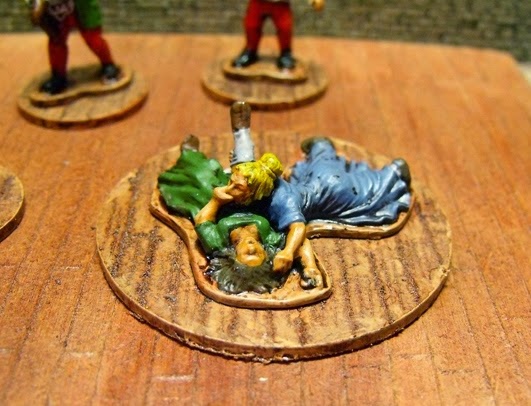 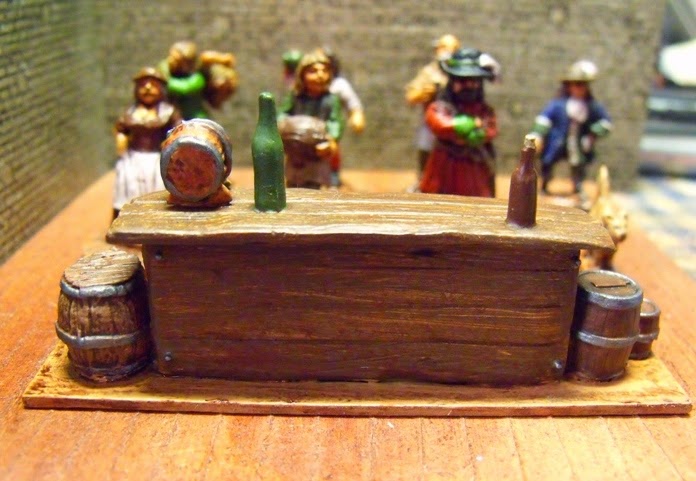 The Bar is from Irregular Miniatures 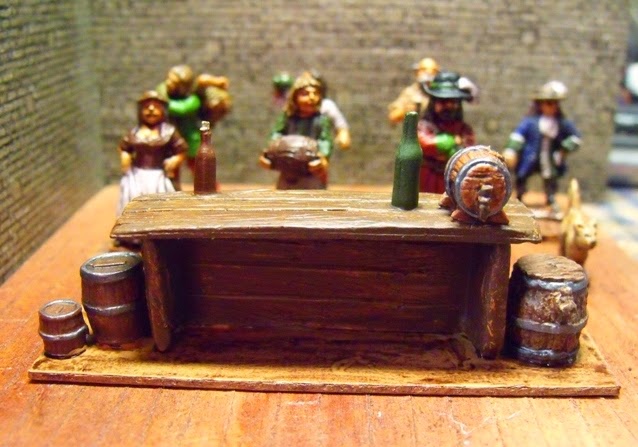 The figures are a mixture of Dixon, SHQ, Parkfield, Col Bill's Depot Battalion and a few others I can't remember??? As previously stated.
I've gone for the practical approach for this entry, Instead of my usual long winded painting style, I thought I'd try something a bit more simple otherwise I'd never get the damn things started let alone finish them.
I block painted them and slapped on some ink....easy! They're not the best I've ever painted or the worst, before anyone else says it!