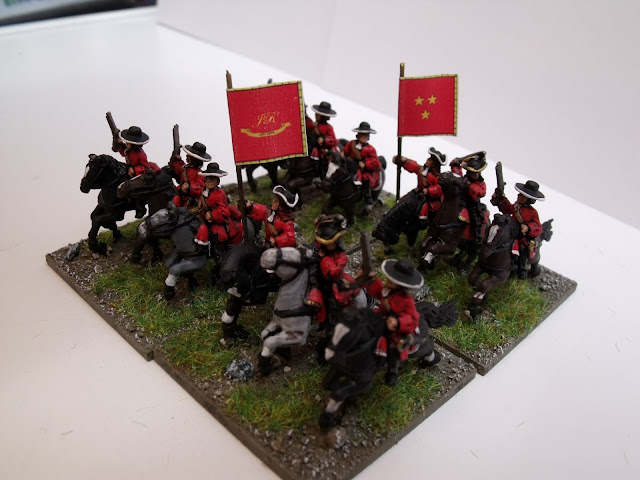 Another Jacobite regt to add to the collection, Hugh Sutherland's Horse. There is no record of what Sutherland's wore or what their flags looked like so both are my best guess and pure conjecture.
I went for a red coat with red cuffs and kept the flag as red. The 1st Squadron's flag has the JR cypher while the second has the coat of arms for the name Sutherland.
The regt fought at both The Boyne and at Aughrim. At the Boyne they were under the Command of Major-General Dominic Sheldon and were on the right wing wing of the Jacobite lines along with The Duke of Berwick's troop of Lifeguard's, Tyrconnell's Horse and Parker's Horse.
Along with the regts mentioned Sutherland's fought bravely at the Boyne, holding up the whole Williamite advance for half an hour, and at the end only had around 30 men left.

King James said of the regts


"did their duty with great bravery, and though they did not break the enemy's foot, it was more by reason of the ground not being favourable than for want of vigour, for after they had been repulsed by the foot they rallied again and charged the enemy's horse and beat them every charge". 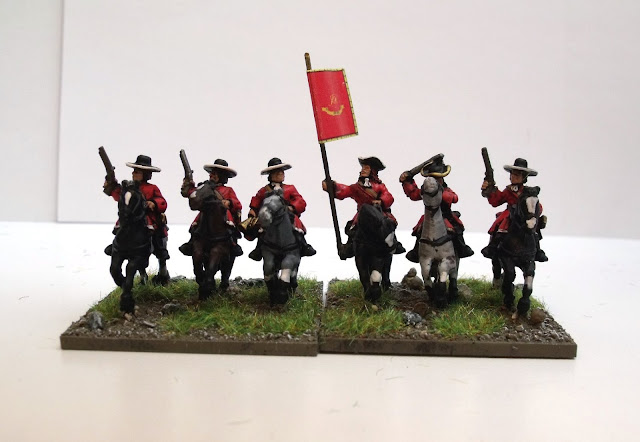 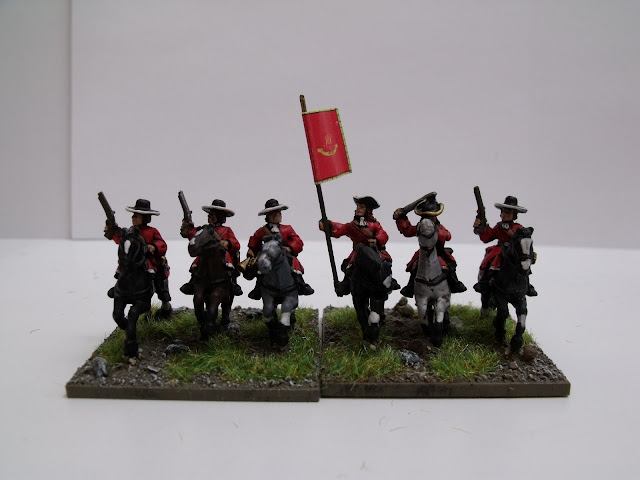 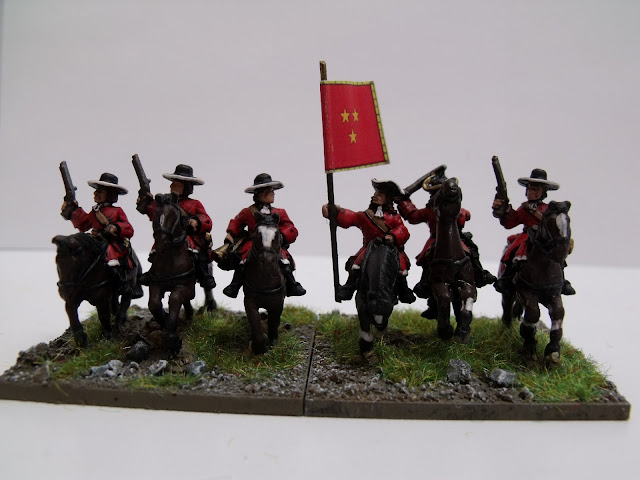 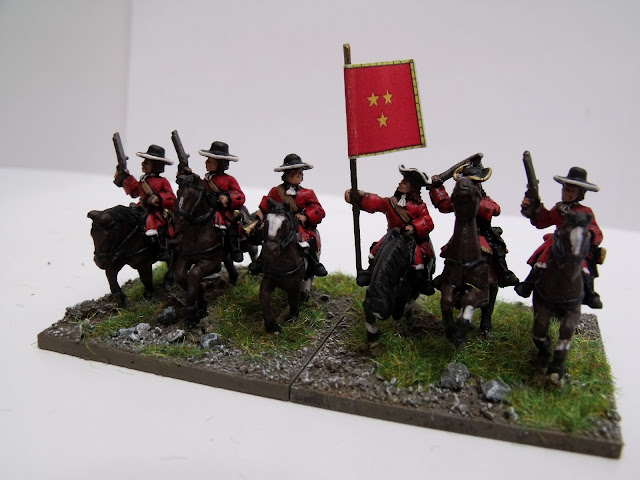