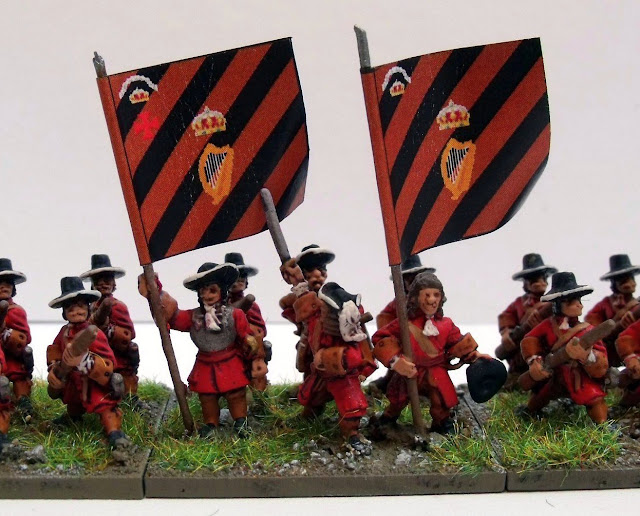 Another foot regt for the Jacobite army, I gotta admit I struggled to find a lot of info about this unit other than they were led by Sir John Bellew, who was created Baron Bellew of Duleek on the 29th October 1689 for his support of James II. After the Glorious Revolution he was outlawed. The regt fought at Derry, Moyry Pass, Newry (1690), Ballymore Fort and were present at the Battle of the Boyne, but didn't take a big part in the battle, although at the Battle of Aughrim, Bellow was wounded and captured by the Williamites.
Lord Bellew's regiment had 13 companies with 62 men in each, with 820 privates, 635 with a serviceable firearm and 185 with a pike, so these were painted as an all musket unit.
Figures are once more from Essex minis, and the flags are by moi! 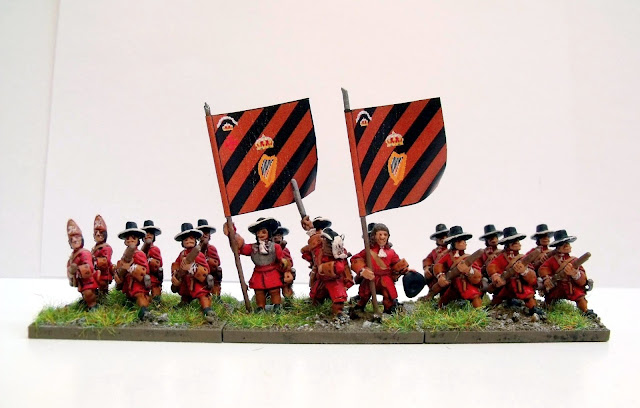 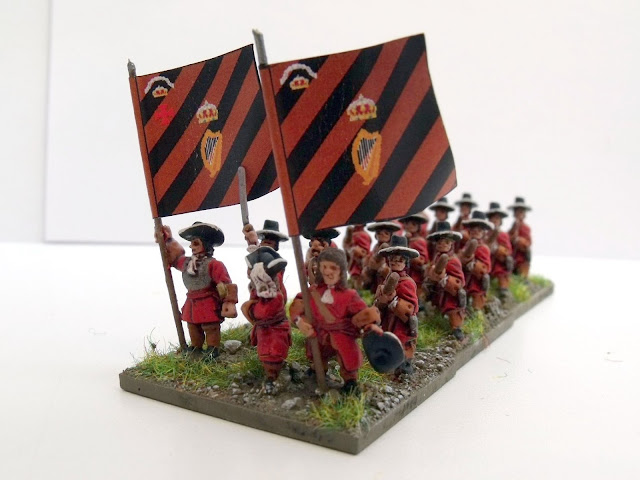 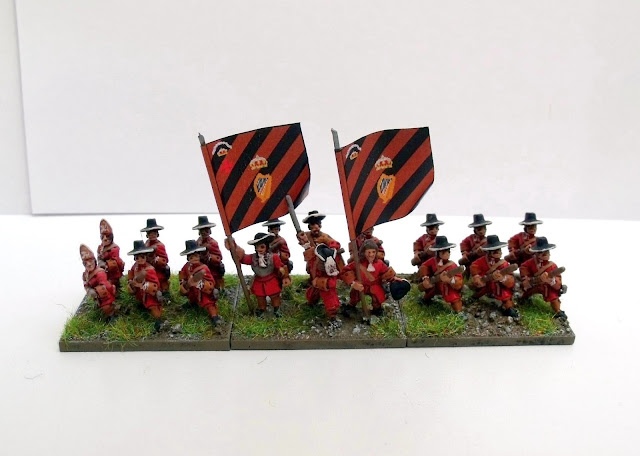