Me and Fran were chewing the fat the other day, trying to get figures painted but having absolutely no inclination what-so-ever to pick up the brush, TV was rubbish, and were missing the Olympics. You know its bad when your highlight of the day is to watch re-runs of The Professionals and then having a 30 minute conversation about the plot-line and which actors in it are still alive!  We spotted the caretaker bloke from the Harry Potter films the other day in an episode, it was exhilarating!?! So to relieve the boredom we decided to try out an interview post and wrote out 20 questions, for each other to answer, some are about wargaming some are about us and our views. Pulitzer prize winning writing its not, but here goes!

If you feel the need to answer the questions yourself on your blog, go for it!
Here's a link to Fran the Git's post 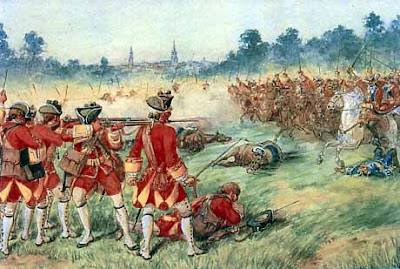 1.      Favourite Wargaming period and why?
Got to be the 7YW, it was the first period I owned, I painted up a massive British army, for a campaign involving all the early Rejects, way before Fran was on the scene.

2.      Next period, money no object?
Oooo that’s a hard one?? I’d buy either The Mexican-American War or the Early Dark Ages, Romano-British and Saxons. 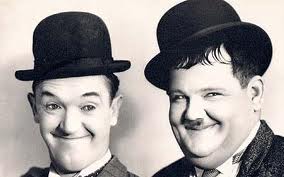 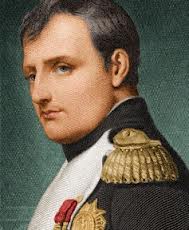 7.      Favourite Wargames rules?
I’ve always loved Age of Reason, 7YW rules, we haven’t played them now for a couple of years, but fingers crossed after a lot of badgering that’s what we’re playing on Saturday! 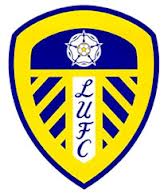 9.     If you had a only use once time machine, when and where would you go?
I'm not going back in time to kill Hitler or anything like that, I'm going for something purely selfish, I'd go back in time to the last time no bugger won the  €129 Euro Millions jackpot and buy a ticket with the winning numbers on, then I'd buy another ticket just to make sure!
Another thing I could do is go back to the day of The Battle of the Boyne, with my camera and take some pics of the units and their flags, then I'd know who actually wore what and what the damn flags really looked like, geeky I know!

10. Last Meal on Death Row?
I like a bit of Spice in my food, Mexican Chillies and such, my favourite at the moment is a starter at our local Chinese restaurant, battered Chilli Squid. Mmmmmmm!!! And to wash it down I'll have a bottle of Jack Daniels.

11. Fantasy relationship and why?
Actress Zooey Deschanel and I think you can probably work out why! 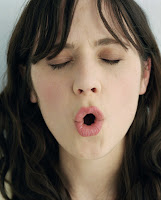 12.  If your life were a movie, who would play you?
I'd like to think it was some handsome rugged type of chap like Bruce Willis or George Clooney, but it'd more likely be John Goodman!

13.  Favourite Comic  Superhero?
When I were a lad, me Dad used to buy me and my brother loads of comics, I always loved the usual Batman and Superman, but my favourite was Billy Batson otherwise known as Shazam! 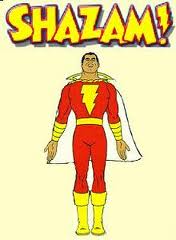 14.  Favourite Military quote?
"Never interrupt your enemy when he is making a mistake" Napoleon Bonaparte

15. Historical destination to visit?
Either the Pyramids of Gisa or the Colosseum in Rome.

16.Biggest Wargaming regret?
Selling my 15mm Mexican-American Armies to Postie for £150, then seeing them unchanged on a bring and buy stand a couple of years latter for £350. Gutted!

17. Favourite Fantasy job?
The No 11 Centre Forward for Leeds United! 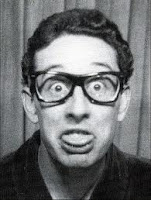 19. Favourite Wargaming Moment?
During an Ancient Greek campaign, I was allied to Sparta, who in turn were allied to the Cretans. The main Spartan army moved up country to attack our enemy, leaving the Cretans in Sparta. The Cretans went over to the other side and and attacked the Spartan garrison, me and Smiffy the Spartan leader were both a little miffed with Richard because his betrayal had ruined our plans. Smiffy asked me to help out and throw a few dice in the game. On the first turn, the Cretans crept out and killed nearly all the guards leaving the rest of the Spartans asleep. Turn 2 the garrison was woken, I was in charge of a miserable bunch of useless slingers, who just managed to get 1 figure to shoot at a unit of Cretans. Extremely luckily I managed to kill a figure, as the Cretan General was within 2 inches of the unit Richard had to take a test on his leader. Richard had to throw a D20, Postie said them famous words "Don't throw a 1", which Richard duly threw. The leader was killed which ended the attack and the Cretan's were forced to surrender and made to join the Spartans for the rest of the Campaign. Serves you right Richard!!!!

20. The miserable Git question, what upsets you? Top 10
What doesn't upset me!!!  We had to linit this list to 10 or we'd have gone on forever.........
1. Stupid adverts on the tele.
2. Them prats who keep ringing me at home to sell me something i don't want.
3. The Robot who rings me up and puts the phone down straight away.
4. The seemingly idiotic obsession with Celebrities and their lives.
5. The Conservative Party!
6. PPI adverts or phone calls....ggrrrr!
7. Texting, For Gods sake just speak to the person e.g My daughter text her friend about going out, her mate didn't answer for hours. She got really annoyed at this, "Why don't you phone her?" I asked "because I'm waiting for her to text back" she huffed. So she waited in all day with a face like a smacked arse!!
8. Rap Music! nuf said!
9. When the kids have eaten all the Cheese and Onion crisps!
10. Having to type in the stupid bloody password CAPTCHA crap on other peoples blogs!!!!!!
11. Fran the Lurker!!!!!! The Shitbag Extraordinaire! 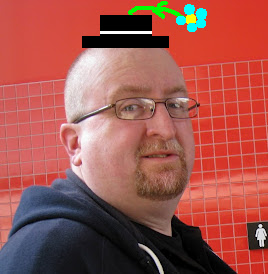 And here's the questions if you choose to answer them yourself.