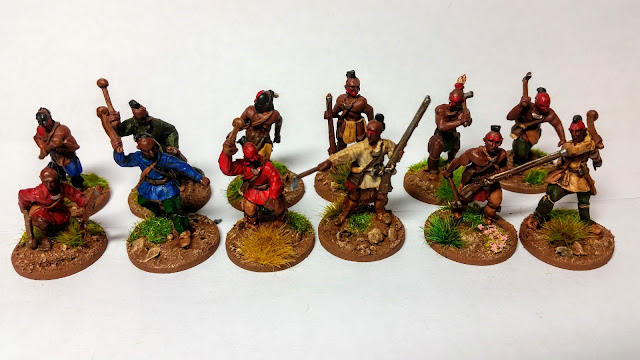 Another entry into the Analogue Hobbies Painting Challenge, as you may well know I'm trying to paint up some Woodland Indians for my Donnybrook shenanigans. Being as I'm using these for the late 1600's, not the French Indian Wars of the 1750's, I wanted more warriors with handweapons. So I took a chance and bought these, not having seen them in the flesh before I didn't know how large they were compared to my other figures. They are on the larger side of 25mm. They do vary in height quite a bit, the smallest being around 32mm while the tallest a whopping 37mm! They fit in better with the larger Redoubt figures, not so much with my Perry and Warlord figures, but hey ho??

The figures are from the Drums in the Ohio Valley collection from Blue Moon, bought in the UK from Old Glory. I did buy another pack, they were delayed in the post and only arrived of last Friday, (gotta be honest, I'd forgotten all about them!!!) They won't make the painting table in time for the Challenge, but never mind, maybe next year.......or not? 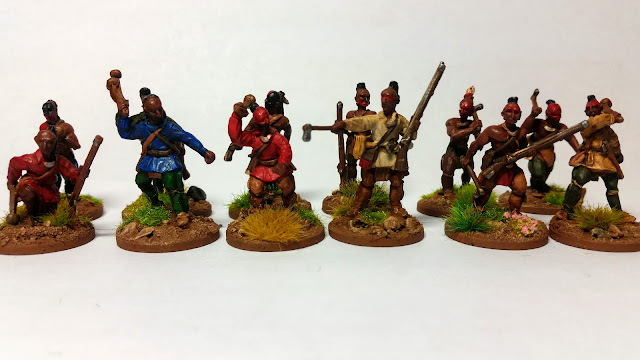 Anyway they may well be a little larger than the norm, but I really do like the action poses on these all bar one, who looks as though he's from another pack?
These bad boys made gave me another 60 points to add to my total, pushing me back up the charts to No32, although now I back down to no 36! 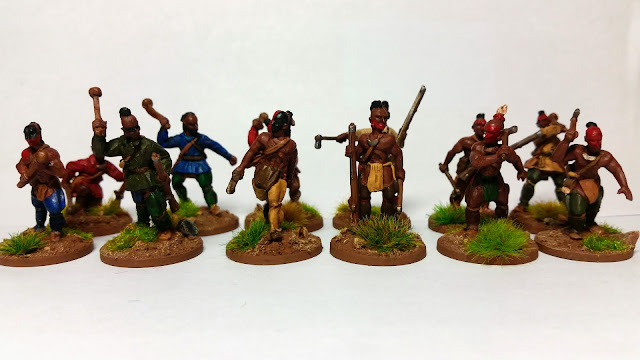 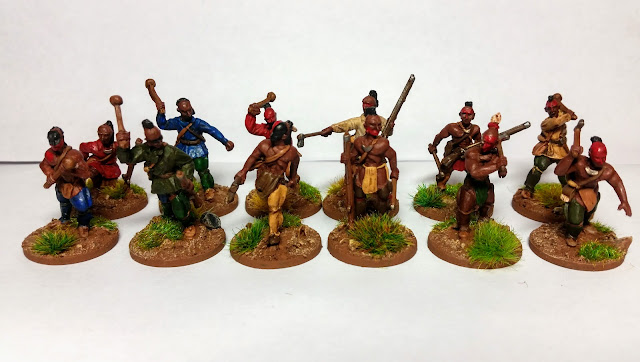