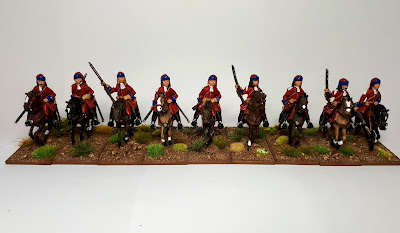 Its been a while since I painted anything, in fact it was back in April during the last Analogue Painting Challenge! Not for the want of trying I might add. Work and kids seem to take up a hell of a lot more time nowadays.
Its a shame its taken me so long to get the brush out, but I have to thank being ill for the opportunity!
Nearly 2 weeks off work and I'm back at work part time after spending 3 days in hospital having my appendix removed. I've never felt pain like it!
So while sitting feeling very sorry for myself home alone the brush made an appearance. 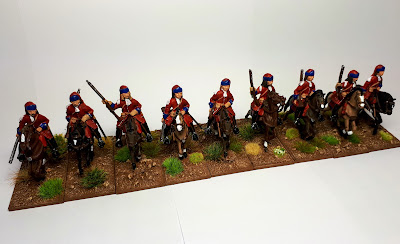 And its more of the same I'm afraid, although we're back in European Donnybrook territory not North America.
The figures are from the excellent Warfare miniatures range. They're painted up as the Colonel-General Dragoons who fought in the the Battles of Steenkirke1692, Neerwinden 1693 and the Sieges of Namur 2nd 1695 and d'Ath in 1697.
Of course these will also be filling in as a Jacobite Dragoon unit for the Campaigns in Ireland. 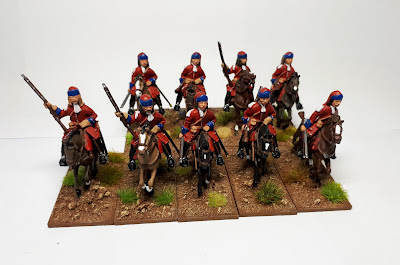 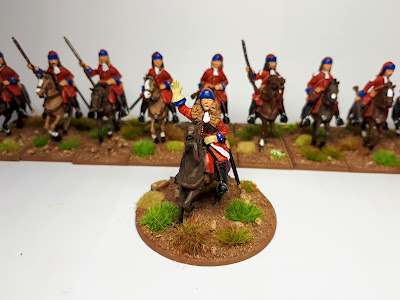 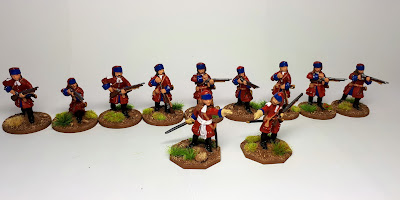 And the unit dismounted

Along with the Officer I painted up a Sergeant.....just incase? 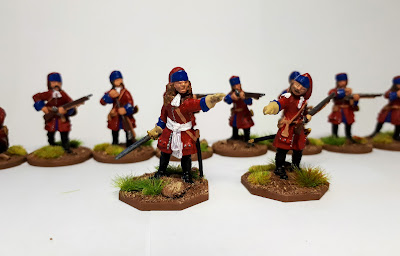