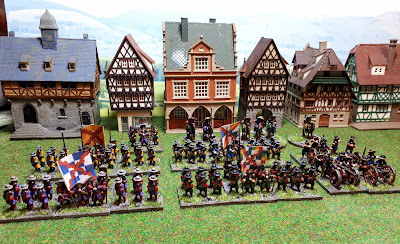 Back down to 15mm for my next Painting Challenge entry.
I've been promising myself that I'd paint a Spanish brigade for my Beneath the
Lily Banners rules for a few years now. well 5 years to be exact, where'd that time go??
I bought a copy of The Spanish Armies of the League of Augsberg, here, after winning a competition which got the juices flowing.....
So here we are!

There are 4 units of infantry, 4 artillery pieces, a stand of Grenadiers
and 3 commanders. All the figures are from Donnington, which are not my usual
goto company for my NYW figures. I bought 98% of this on ebay for  a bargain price.
Then had to top up a few bits and bobs. They are a little larger than Essex, but hey ho
beggars can't be choosers! 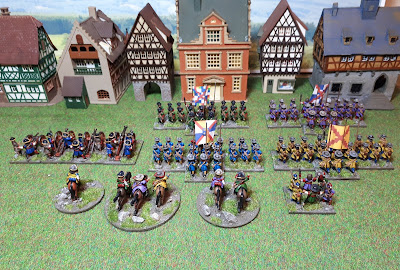 A pic from the back 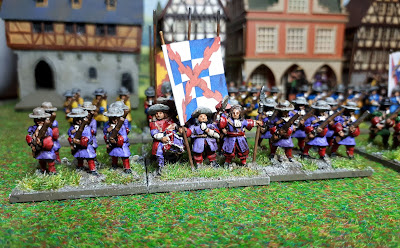 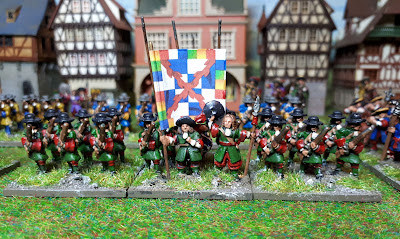 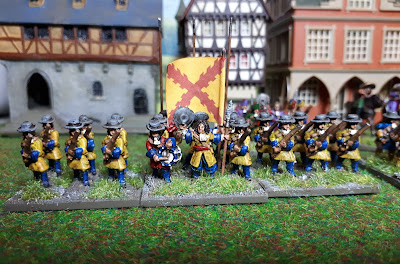 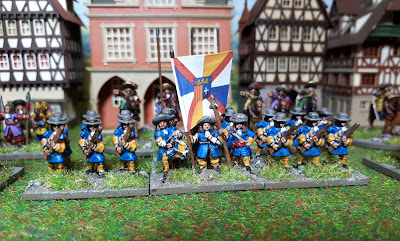 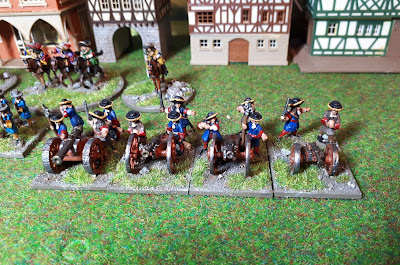 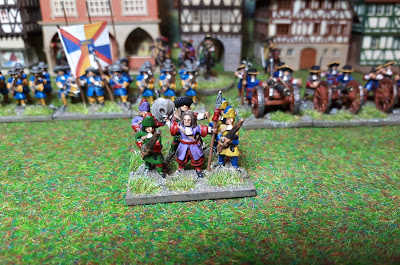 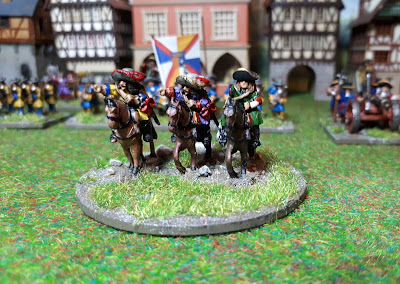 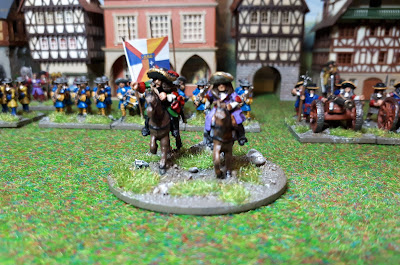 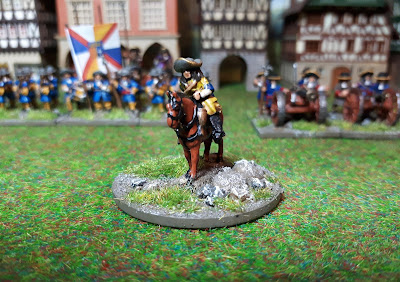 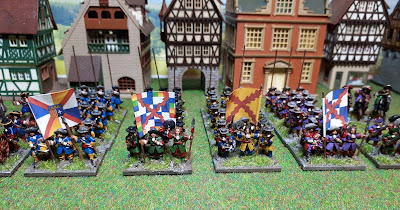 Spanish flags are a right pain, there were a quite a number captured at various battles
But we don't know which flag belongs to which regiment, with the exception of
Tercio Aragon on the left. So I picked the ones I liked and added them to the regts.
All flags are taken from the book previously mentioned,
The Spanish Armies in the War of the League of Augsberg 1688-97
by Giancarlo Boeri, Josè Luis Mirecki and Josè Palau with Artwork by Robert Hall
available from The Pike & Shot Society 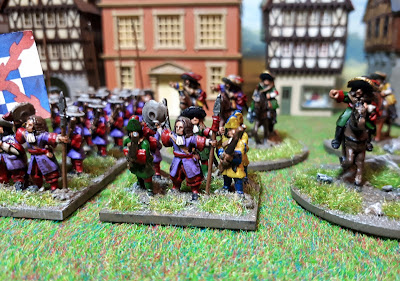