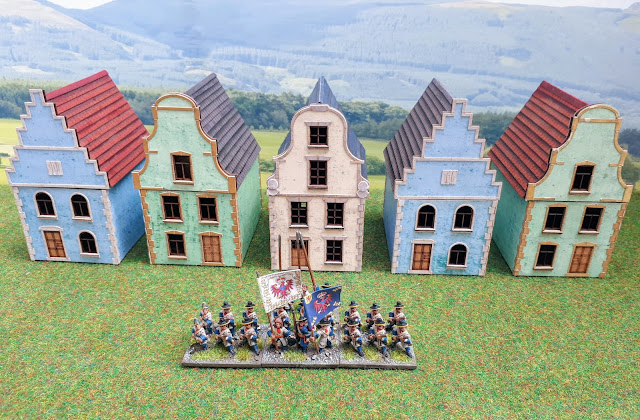 Not being content with the 25mm version's of 4Ground's great looking Dutch Houses, again at Salute I purchased their 15mm versions of the same buildings. 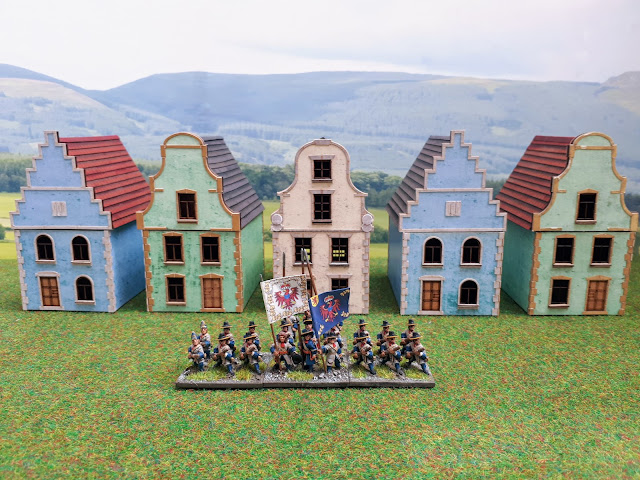 I'd like to say they were easier to put together than their 25mm conterparts, which they were, although they were a little more fiddly, but that's most probably due to my fat sausage fingers! 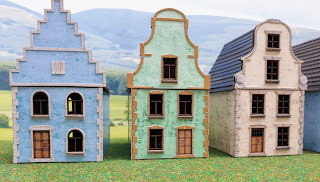 I only bought five of the buildings because that's all they had left and I do already have loads of other makes to make a massisve town. 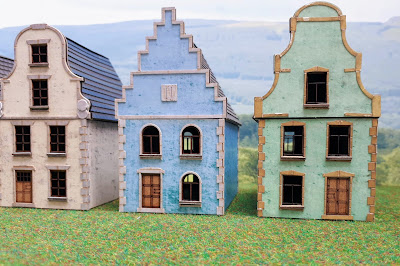 You know I said they were fiddly? Well that's my skin stuck on the decorative brickwork on the building on the right!!Nothing that a brush of paint or ink will cover over of course.......whenever I get round to it???? 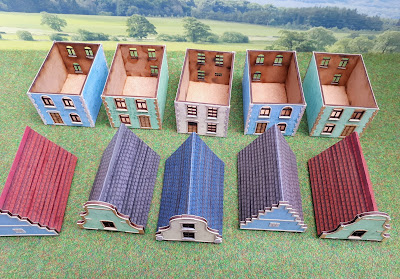 I've left the insides plain for the moment, I did toy with the idea of painting the inside white or grey, just to tone down the stark effect, when the roofs are on you don't really notice the insides so I will probably leave them as they are. 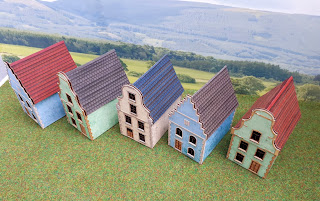 As I bought 2 sets of buildings twice, (the blue and green buildings) I changed the colour of their roofs, just to make them look a little different, which I think worked very well. 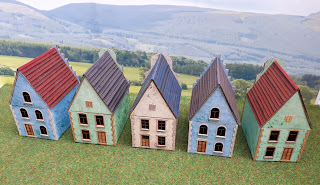 Email ThisBlogThis!Share to TwitterShare to FacebookShare to Pinterest
Labels: 4Ground, Beneath the Lilly Banners, Buildings