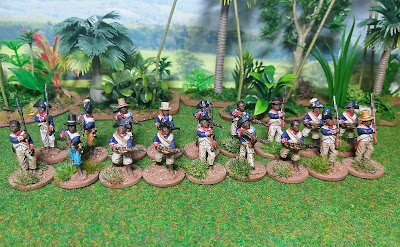 More from Haiti or Saint Domingue as the French used to call it.
The figures are from Trent Miniatures as per usual with this project. 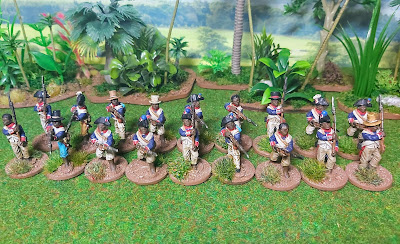 I bought 3 packs of CAR10 from Arcane Scenery & Models or rather my daughters did! 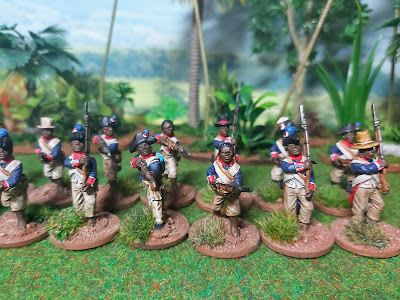 I've not put these chaps in units yet as I'm still unsure of which rules I'll be using. 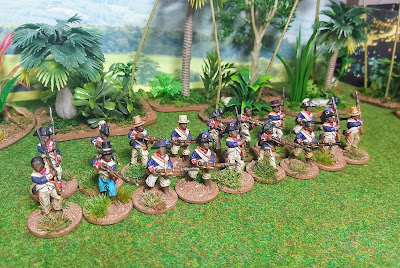 I've kept them fairly generic so they can be used fighting against the French
or with them.
You can also see a glimpse of some of the jungle terrain I've been making in the background.
More on that at a later date.
Posted by Ray Rousell at 11:16