RP No 77 NYW/ Jacobite - The Earl of Tyrconnel's Horse 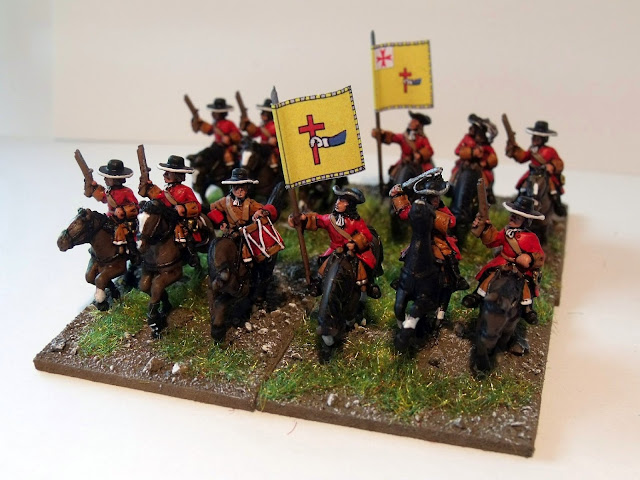 Richard Talbot was raised to the Irish peerage in May 1685 as the Earl of Tyrconnel. Later that year he was authorised to by the crown to reorganize the army in Ireland, gradually he began to replace Protestant officers with Catholic ones, creating an Anglo-Irish officer corps, who were dependant on him for favour and advancement.
When James II landed in Ireland in March 1689, many regiment went over to him en masse. Tyconnel's Horse was one of these regiments. In the field they were reported to have a 9 troops, were most Horse regts had 6 troops. The strength of a troop is given as 1 Captain, 1, Lieutenant, 1 Cornet, 1 Quartermaster, 1 Trumpeter, 3 Corporals and 50 troopers.
Tyconnel's Horse only fought at the Battle of the Boyne,
There is no record of what the regiment's uniform of flag was. After searching the net I found the Earl of Tyconnel's coat of arms and used that for the flag, adding a cross to the second squadrons flag.  I used a colour close to the flag colour for the linings an orange-brown.
As per usual the figures are from Eseex's 15mm range and bases are from Warbases. 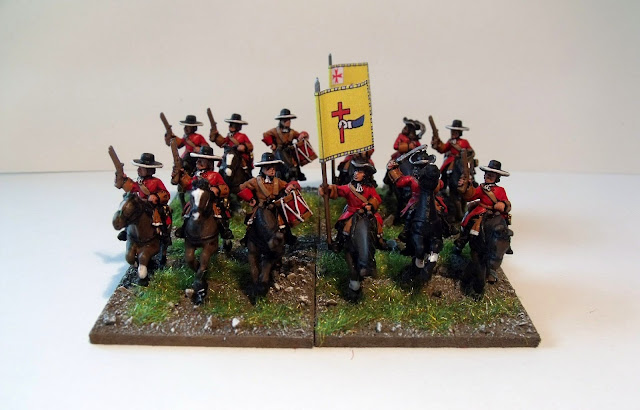 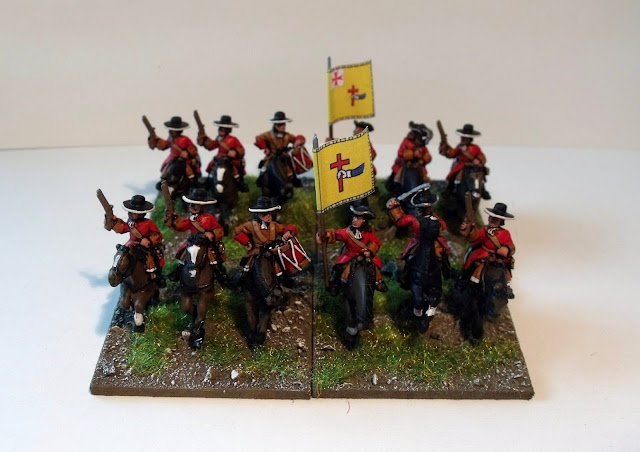 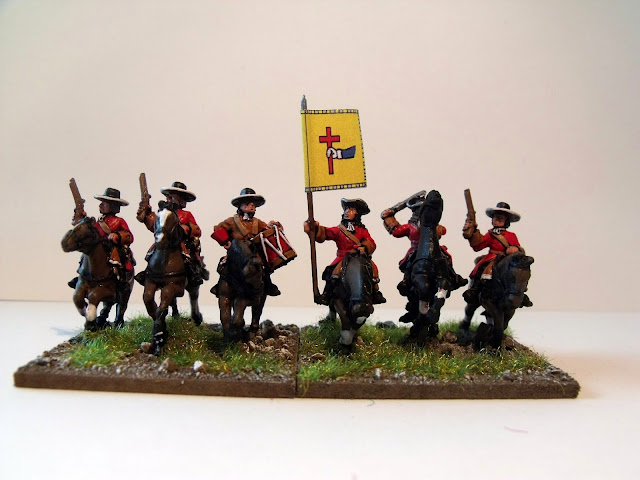 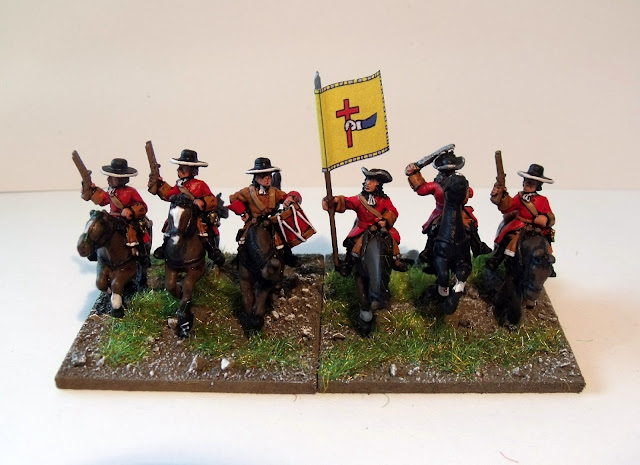 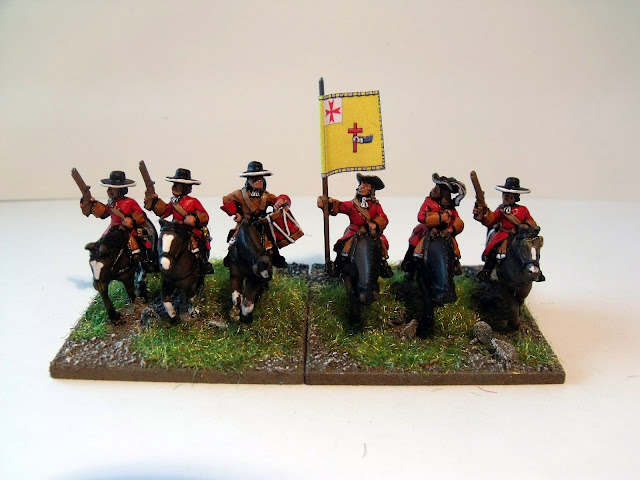 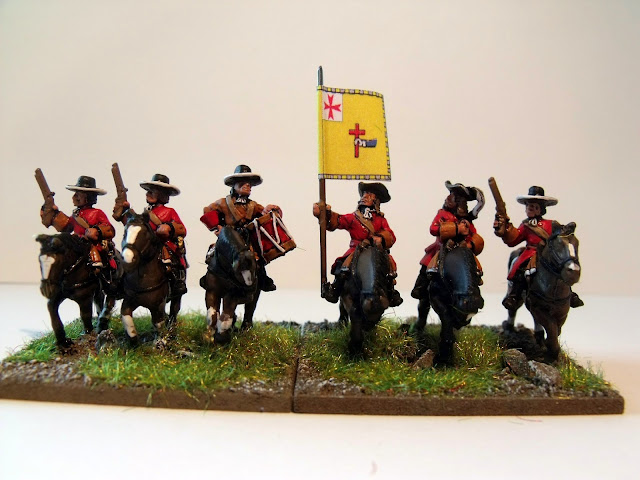 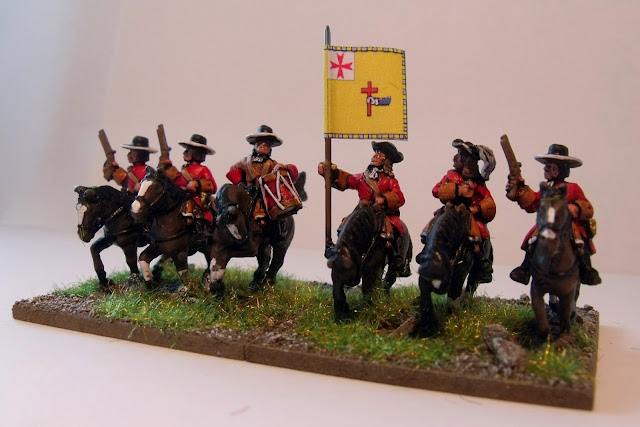