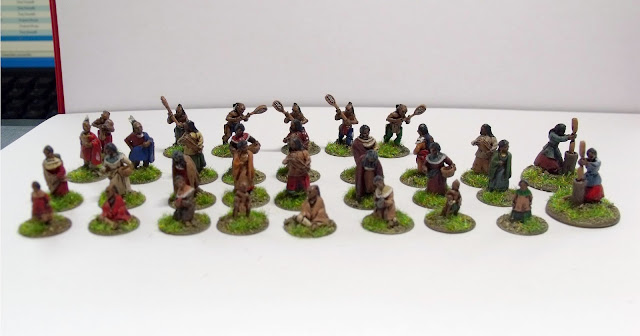 I wanted to buy this pack of Blue Moon minis, Woodland Indian Villagers at Salute this year, but they'd sold out, serves me right I should have gone to the Old Glory stand first!!!
Anyway they said they'd order some for me if I paid now and they'd send them along in the post but it might be not arrive until June!
They were true to their word as they appeared in the post early in June, I then put them in my workbag and completely forgot all about them (twat!) I found them again last week while I was on nights and decided to get them done. They didn't take too long to finish as there's not really a lot of colour, but I'm quite happy with them. There were 32 figures in the pack with some doubles and a few triples, but they're well worth the money IMHO!
Apologies for the dodgy pics, me and the camera had a bit of an episode and I won! 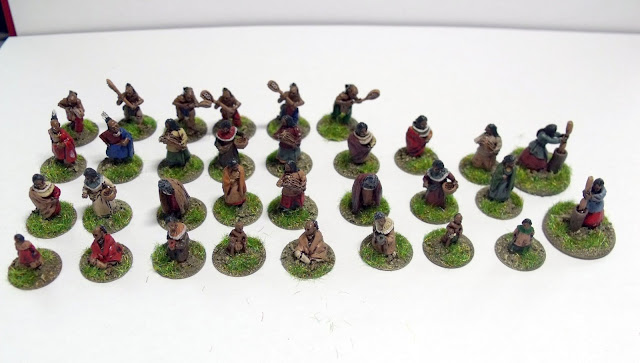 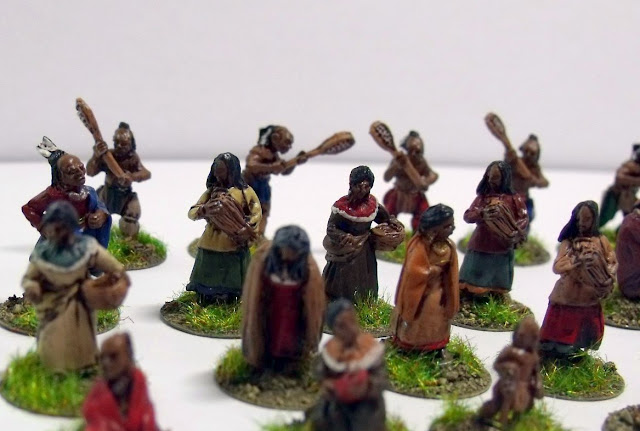 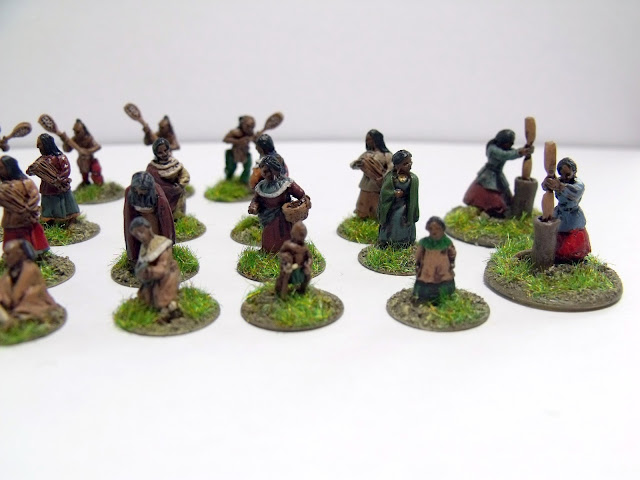 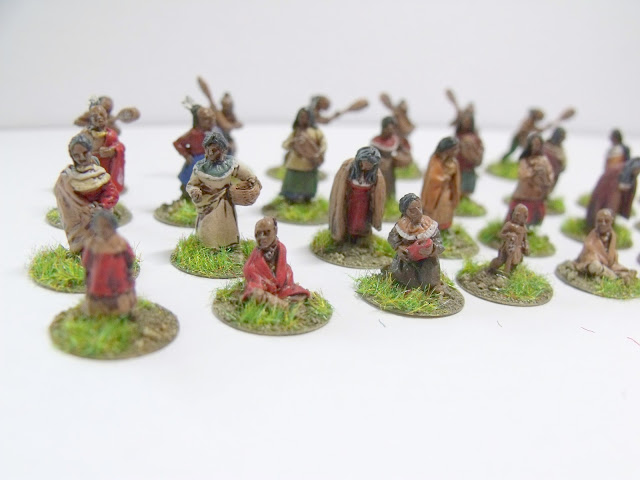 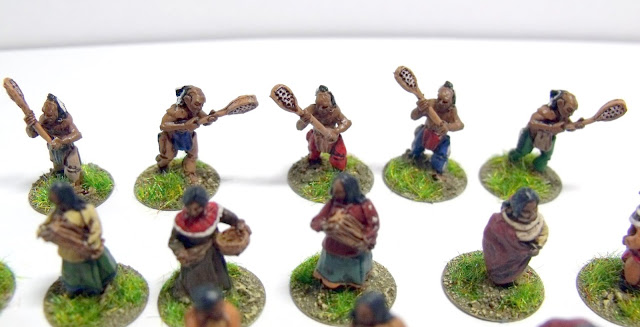 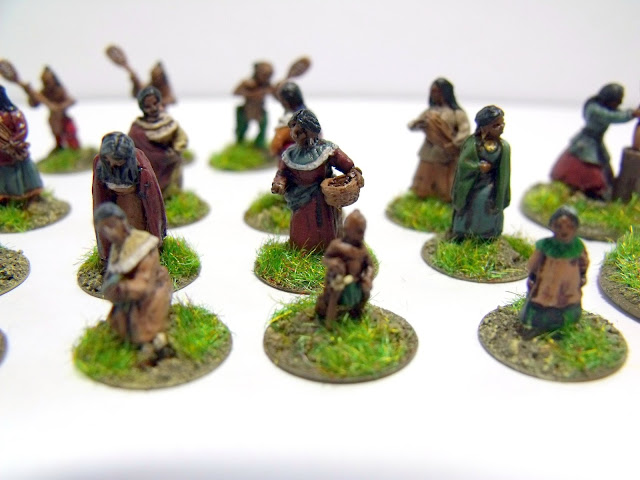 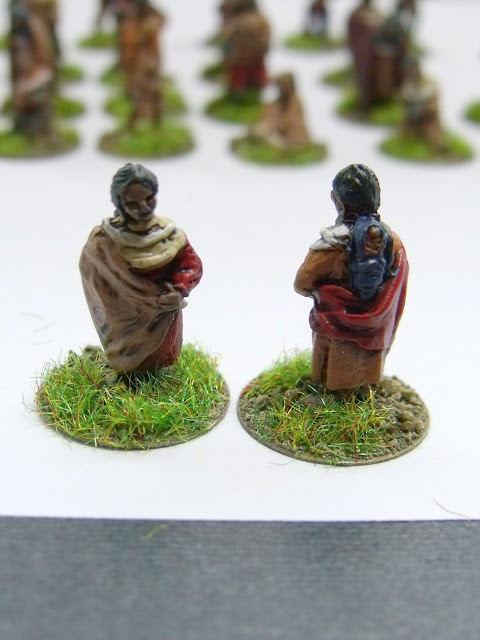 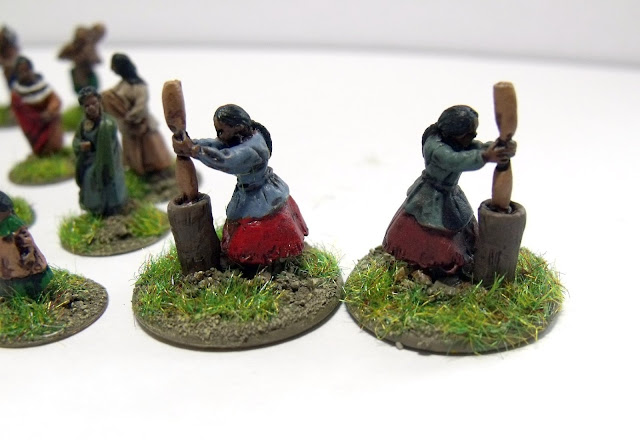 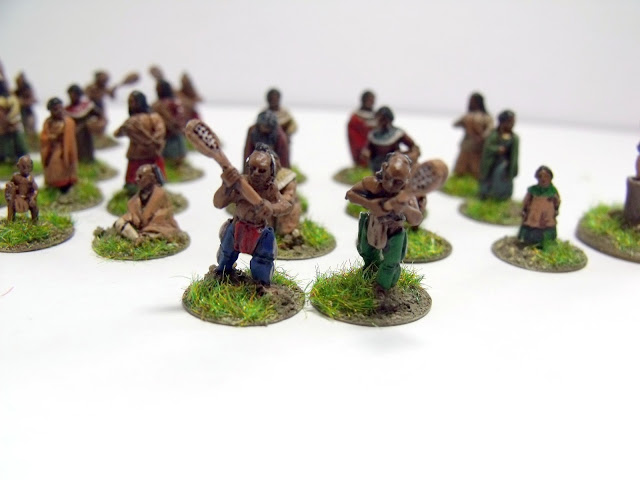