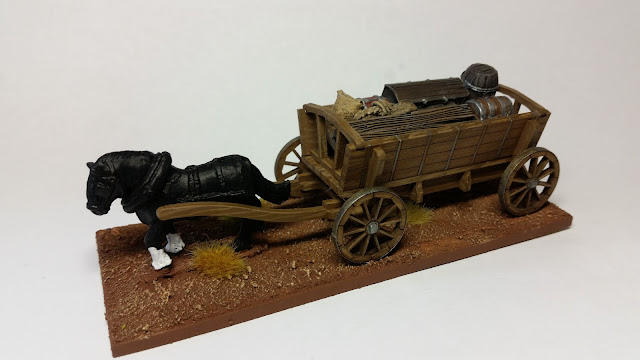 Back in April at Salute, I picked up several wagons from Warbases, these were all going to
be used in the Rejects, Donnybrook, game we were putting on at Broadside in June.
You can see the report on the Tangiers game here,
In the scenario I needed lots of wagons, but only had the time to paint up
five, (with a lot of help from Postie!!) 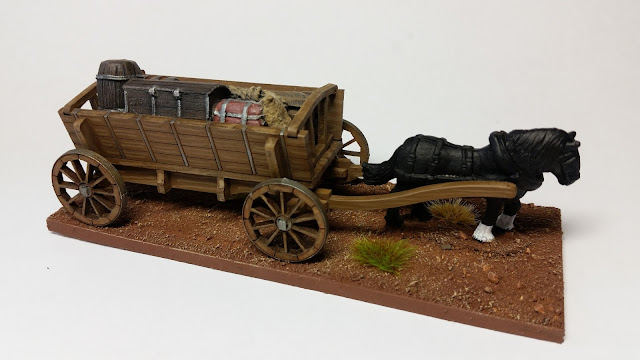 At just £6 the Warbases Engineers Cart was a must. 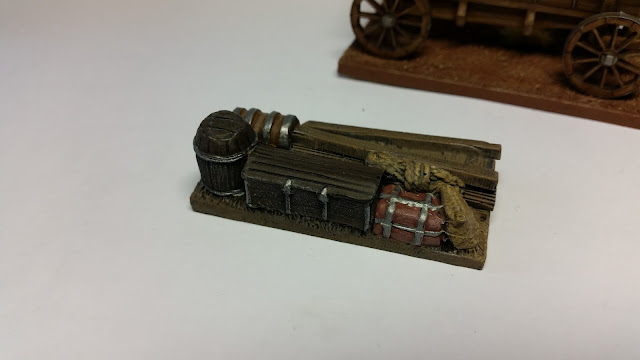 Also included in the price was the Engineer's equipment, which just slots into the back
of the wagon. 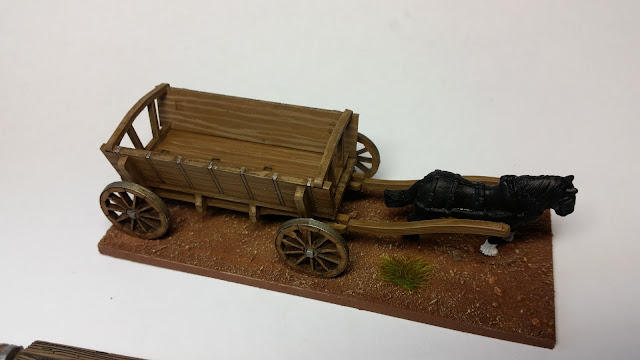 And here's the wagon without the equipment, there's no reason why you can't use this for
any period from the Renaissance up?

I'll be adding the other wagons to my blog in the coming weeks.