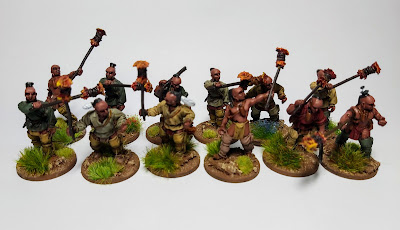 I bought these chaps pre-painted from Grubby Tank/Redoubt Minis at Broadside back in June. I had asked Andy to paint up a few, so he did. I was pretty lucky actually, I got to the stall just before Postie otherwise he'd have bought the lot for his FIW army!!! 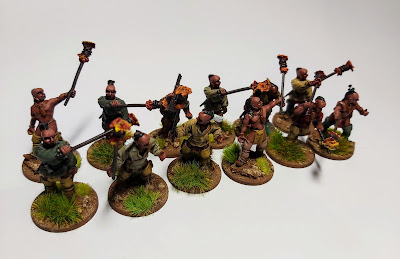 Now they are all based up and added to my King William's War/Bacon's Rebellion Native army for Donnybrook shenanigans, (have I ever mentioned Donnybrook before??) I think I might add some cotton wool or some kind of fibre to make them look like they're burning. Anyone got any good ideas how to do this? 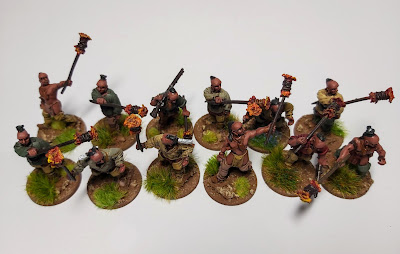