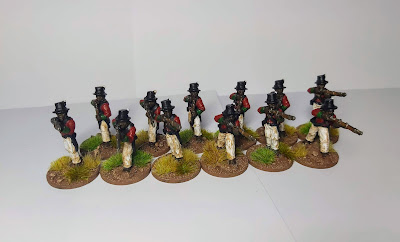 The British suffered terrible losses due to malaria and yellow fever in the Caribbean. The authorities were driven to desperate measures to find men to fight Toussaint Louveture's French Republican army of black slaves. So they raised units of armed black slaves themselves to act as Chasseurs in Sanite Domingue, the good performance of units led by Kina and Dessources led to a general levy of Chasseur Corps in June 1795. 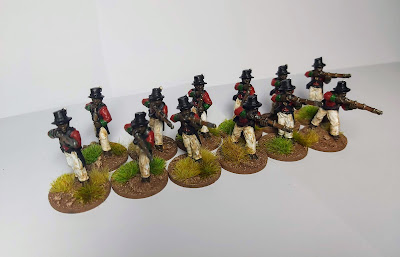 While they served the slaves were paid and fed as British soldiers and were allowed prize money as were the white troops. After 5 years of service they would gain their freedom. 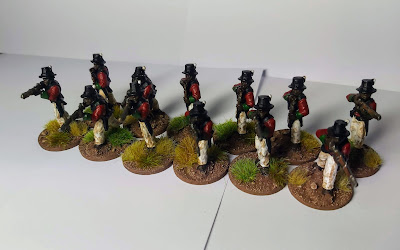 By June 1798 they formed the bilk of the colonial troops in British Haiti. Their uniform consisted of
a round hat with a cockade and plume, a red jacket with collar and cuffs of a facing colour of the Colonels choice, a shirt and course trousers. 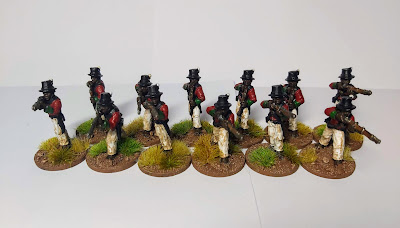 The Haitian Revolution is a rather complicated period which consists of 4 separate wars.

See what I mean? I'm looking to concentrate on the first 2 wars, but you know what its like? I'll probably end up doing far too many figures and crossing all 4 wars. I do quite like the sound of Polish troops in sombreros!! 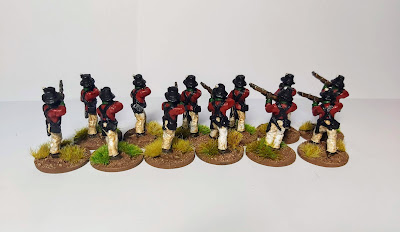 This fine body of men earned me 60 points for the Challenge back in March!!