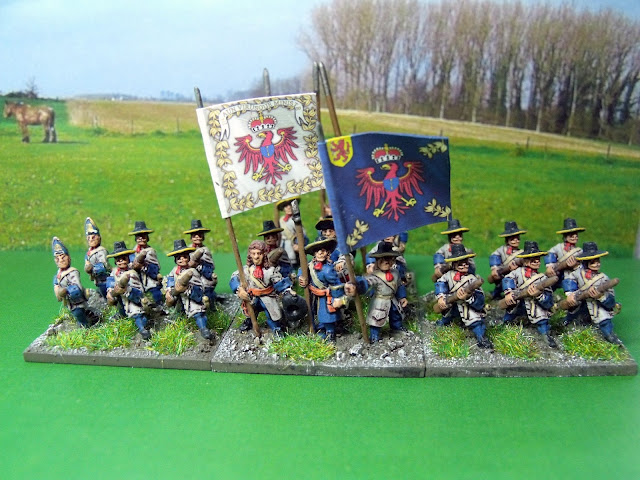 The regiment was raised in 1673 by Ahasverus von Lehndorff, a nobleman from eastern Prussia, for Dutch service. They were probably composed of mainly of Poles. In 1676, Lehndorff quit Dutch service, William’s cousin, the son of the Elector of Brandenburg.  Prinz Albrecht Friedrich von Brandenburg,  was then given command of the unit, although he never commanded them in the field during the NYW as he was only a year old when he became their Colonel!! In the field they were led by Count Ernst Wladislaus von Donhoff.
Regt Brandenburg along with regts Nassau – Saarbruken and Carlson/Groben/Auer were placed onto the English Establishment on the 1 January 1689 until 31 December 1697, when they were returned to Dutch service.
At The Boyne the regt were part of the Duke of Schomburg’s 2nd brigade along with their fellow Dutch regt Nassau – Saarbruken and the English regt Hanmar’s.
The figures as per usual are from Essex, the bases are from Warbases and for a change the flag is not mine, it’s from Flags of War. 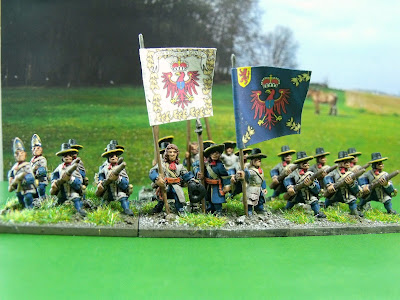 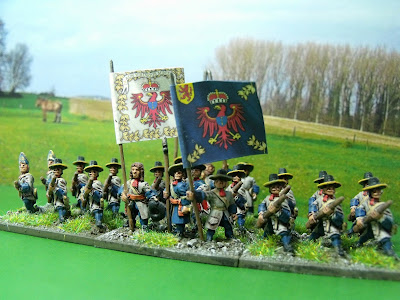 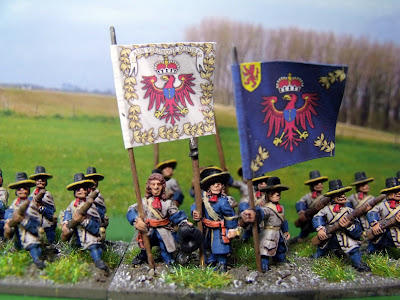 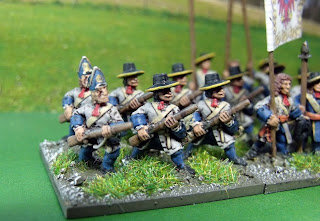