As I'm nearing the 300,000 hits landmark I've been doing a little reminiscing, going back over on old posts and re-reading them. I was also looking at my blogs stats, top 10 posts of All Time, when I noticed something different, the number of hits on a certain post weren't the same? Today the number read 4509 but in the post section it read 6049? I'm not quite sure why this is being as the timeline is supposed to run from May 2008 to October 2012.

So in a complete act of Megalomania and self indulgence  I thought I'd bore you all to tears and list my Top 10 most visited posts!!
Obviously in reverse order!

Scratch Built, Woodland Indian Longhouses Link from April 2011
I've got to admit I was very pleased with how these turned out, I must get around to building a few more scenic pieces.

King Harold's Standard , Link from Jan 2011.
There are some beautiful Viking flags out there to buy, but my logic tells me, that Viking and Saxon flags wouldn't be as intricate as all that, so I went for the planer type of flag here. I think it works.

Beneath the Lily Banners 2, As short review, Link from June 2011
This damn set of rules has cost me tons of cash and painting time, as Fran often says, your boring people posting them figures all the time. Well up yours pal, I like 'em! 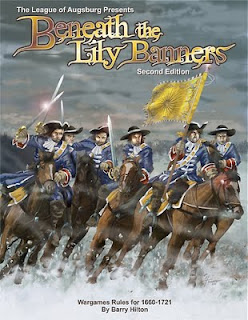 The best and most expensive show in the UK, I'm not telling you how much I spent encase the Mrs reads this! I had a chat with Darrell, who'd forgotten his camera that day, his The Battle of Vernauil game can be seen below. 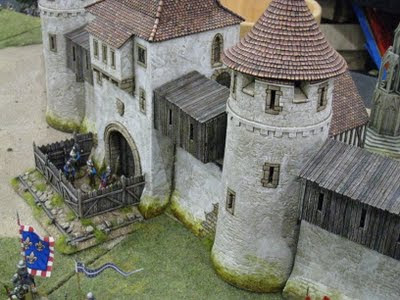 More Flags!!!! The Rejects moan when I put these on, don't know why??

RP No 4 Danish Jydske Light Dragoons. Link, from Dec 2010
I'm really pleased these are in the top 10, they're the only actual painted figures that make it into the top 10. I guess its because they're a strange unit, not in the usual sphere of Napoleonic's. The figures belong to Postie  and are I believe the only unit of Danes he owns. Maybe one day he'll expand them?? The least commented on in my top 10, only 6 people and 2 of them's me! 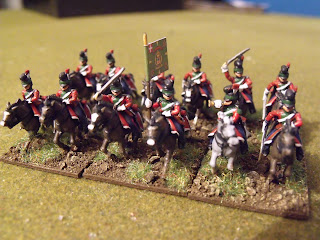 I think this is my favourite Viking flag I made, it still gets at least 100 clicks a month!

Reasons to go to Wargames shows. Link from May 2011

This was just a fill-in post at the time but it makes it to the top 3???? It just proves all men love boobies! Tell me something I didn't know!!! 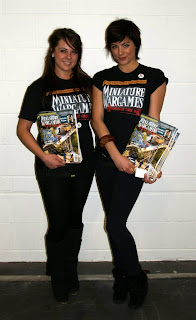 Another blog filler, but a very interesting one, giving away all your likes about wargaming. Many other bloggers joined in and played their favourites.

Well the pics of them made No 10 and the How to is the No1, like I previously said I'm very pleased how these turned out. This post is always somewhere in my top 10 for the day and week, for instance, this week its had 122 visits already, I think mainly due to American Mums and Dads who have got to help their kids build a longhouse for a school project, and this post comes up quite high on google if you search for a help in building one. 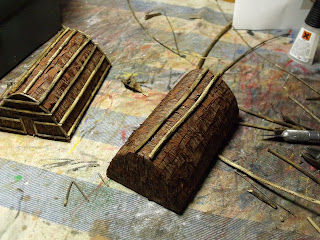 So there you go, hope you enjoyed the post!