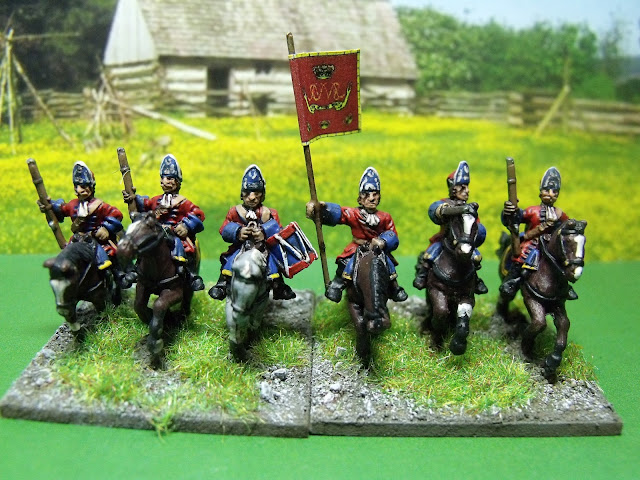 In November 1687, the Horse Grenadiers were separated from the Horse Guards as the 1st, 2nd, 3rd, and 4th Troop of Grenadiers, one for each of the four existing troops of Horse Guards. As with the Horse Guards, the captains commanding the troops ranked as Captain and Colonel. The 4th Troop was disbanded in 1689, together with the Horse Guards troop it accompanied, after the abdication of James II.
The Horse Grenadier Guards fought at the Battle of the Boyne, under the command of Hon. George Cholmondeley, then a lieutenant-colonel in the 1st Horse Guards. One of the Guards was reportedly the first casualty of the battle. They then saw foreign service during the Nine Years' War, fighting dismounted at the Battle of Steenkerque.
In 1693, the three troops were amalgamated into one troop, and renamed the Horse Grenadier Guards,  Cholmondeley was made Captain and Colonel. Another troop, the Scots Troop of Grenadiers, was raised in 1702 as part of the Scottish Army, associated with the 4th or Scots Troop of Horse Guards. These became part of the British establishment in 1709, and the Scots grenadiers became the 2nd Troop of the Horse Grenadier Guards, the English troop becoming 1st Troop.
The figures are from Essex and I still need to paint up the unit dismounted, just one base of 5 figures. Check out Essex minis new website, its tons better than the old one!!! 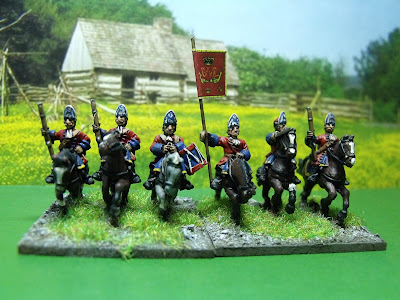 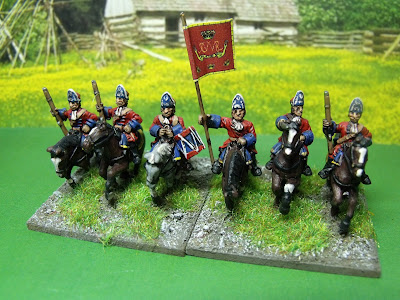 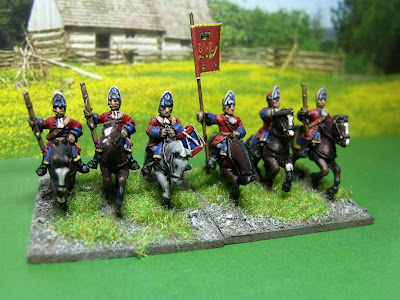 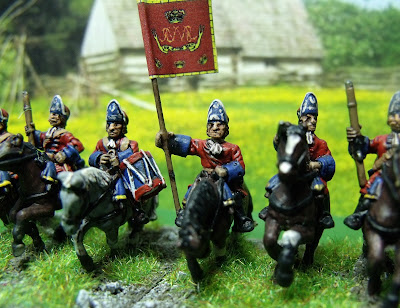 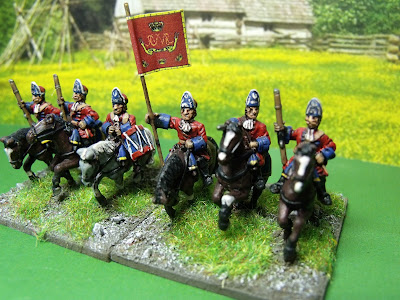 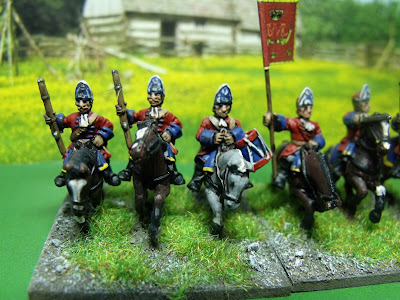