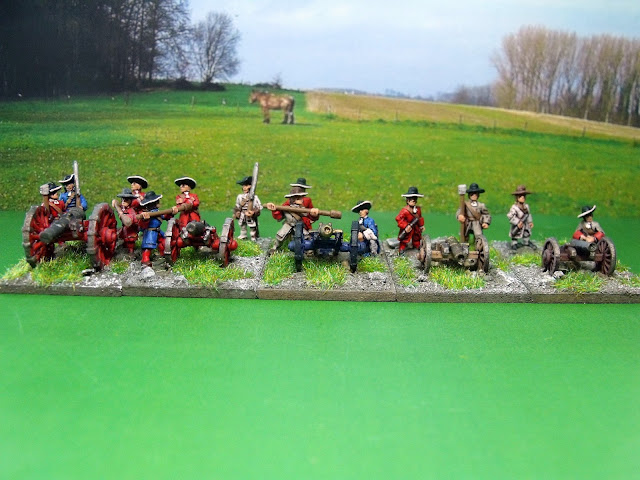 Moving on from the recent haul of commanders I've been painting, I decided for a change and thought I'd get the Jacobite artillery completed. I painted up 5 pieces all based for Beneath the Lily Banners.  As far as I'm aware there was no Jacobite artillery at the Boyne, or at least none that actually fought. There were plenty of French guns, (Reject Richard has these) but they were moved back away from the Williamite main assault. What a mistake that proved to be!!  All figures are from Essex and the bases are from Warbases. 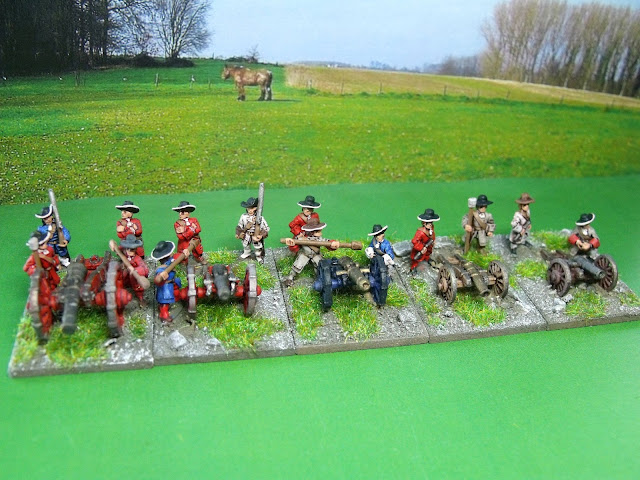 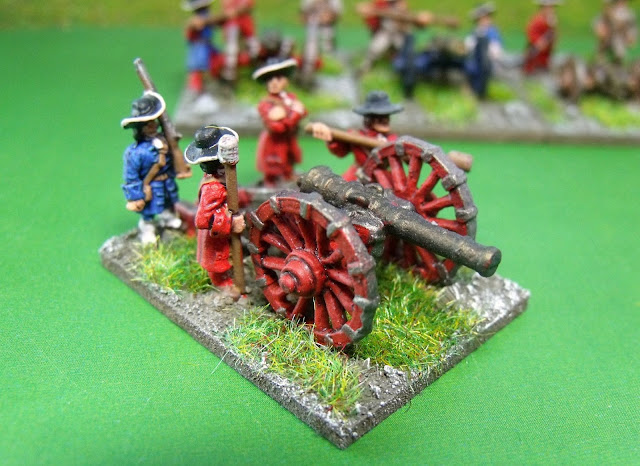 A Positional Gun, this will be very rarely used in games, only for sieges or prepared defensive position. I     kept the gun and most of the crew red as they represent troops who stayed loyal to James. 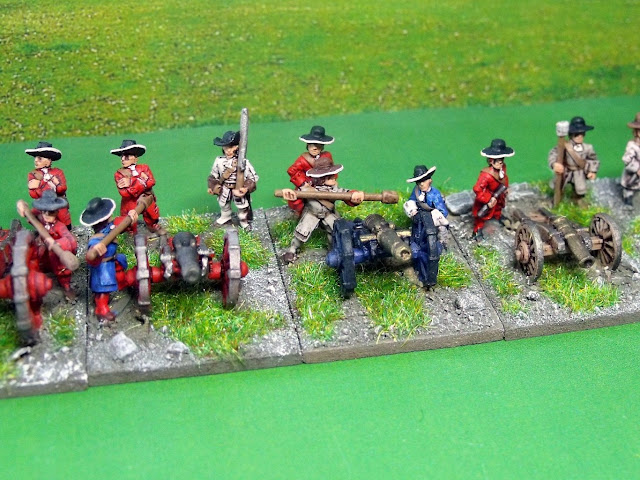 Two Field guns in the centre. 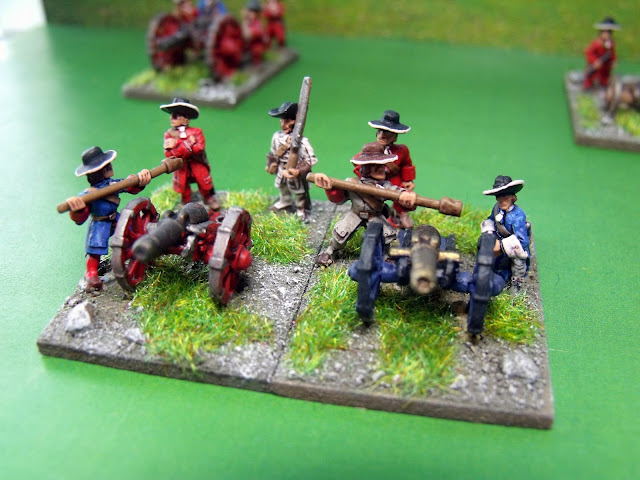 Two Field guns, I probably only needed 1 of these, but you never know the Jacobite
army maybe lucky and get 2 of them now and again. The guns and crew are painted in random colours, to represent some professional gunners and some civilians. 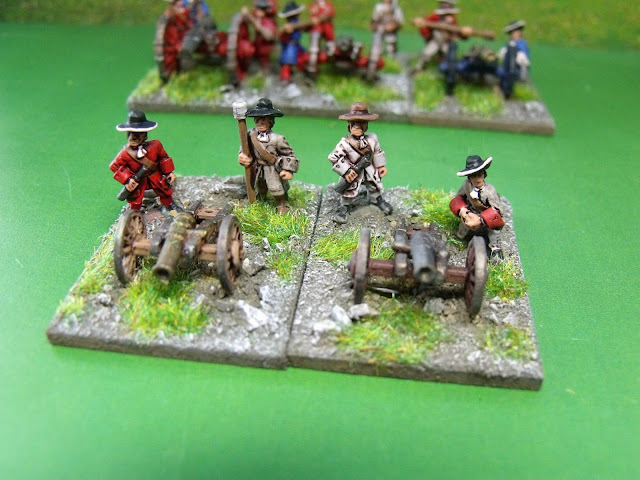 Two Light or battalion guns, these will probably be seen the most in the Jacobite army, they're not very good, so don't expect to cause many casualties with them! 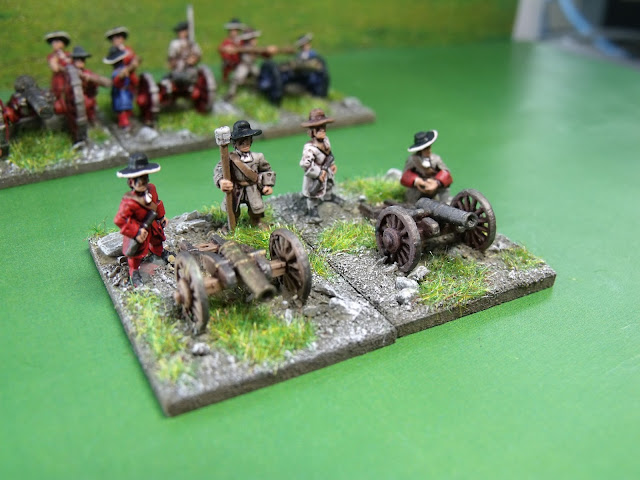 Email ThisBlogThis!Share to TwitterShare to FacebookShare to Pinterest
Labels: Battle of the Boyne, Beneath the Lilly Banners, Grand Alliance, Jacobites, League of Augsburg, NYW, Recently painted