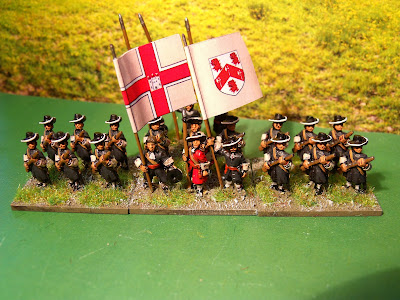 Zachariah Tiffin was commissioned by William III to raise the regiment on 20th June 1689 for the defence of the town of Enniskillen Co Fermanagh, from the Catholic army of James II. Recruiting was not difficult because independent companies already existed in the area. These amalgamated and formed the corps of the regt. In July 1690 Tiffin's regiment fought at the Boyne and In 1691 the regiment was at the Battle of Aughrim. In early 1695 the regiment  was in West Flanders and were present at the Siege of Namur.
The Tiffin regiment survived the 1699 disbanding’s by being on the Irish establishment. On 1 July 1702 the Tiffin regiment was in the Leeward Islands. On 29 August 1702 Thomas Whetham succeeded Zachary Tiffin as colonel of the regiment.

As per usual the figures are from Essex, bases from Warbases and the flags are pure conjecture and made by me. 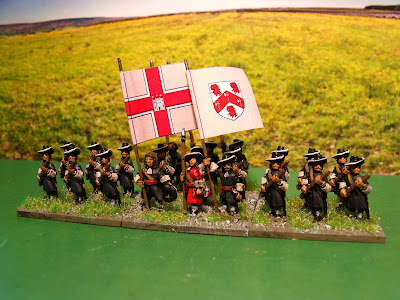 Also Tamsin is still at it giving away more free stuff, in her final 5th prize, she's giving away a box of Warlord Spartans, so get over there quick and sign up, you never know your luck.
Also Kris has a blog givaway as well, get over to his blog Wargames & Railroads he's giving away 12 prizes!!, ranging from  Ho scale boxcars to books and Fantasy figures, so once again get on over and sign up 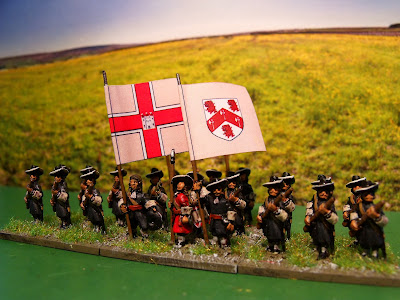 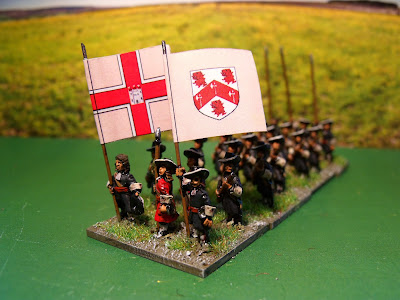