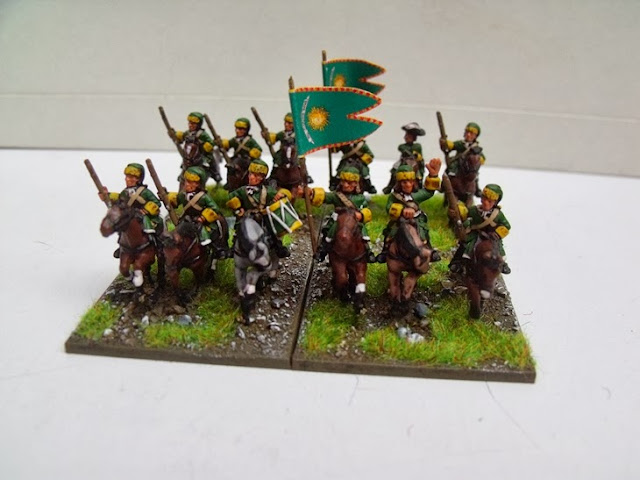 Here we go again, and there was me thinking I'd finished my NYW project! Damn you Mr E!!!

So here's my first unit of French that I've painted, two squadrons of French Dragoons for the regt Firmacon. And a colourful bunch they are too, this is the uniform the regt wore in 1685 and possibly up until 1692, when it was noted they changed their uniform to green faced green, that sounded a tad boring to me so even though the French army is based on units that fought at either the battles of Steenkirke in 1692 and Landen/Neerwinden in 1693. I thought it would look better in the earlier uniform.
These were made up of some of the unpainted lead that were part of the deal, when I bought the painted French. You'll note that only the 1st squadron has a drummer and the 2nd squadron has a leader in a floppy hat and the 2nd squadron standard bearer is actually a  normal dragoon with the carbine cut away and a flagpole replacing it,  ok I run out of figures, but that'll be sorted tomorrow at SELWG!
The flags are not by me this time, they're from the quite excellent Maverick Models, if you haven't already, check them out. I'll be using a few of their French Cavalry flags for the period, as its quite difficult finding any info on them. 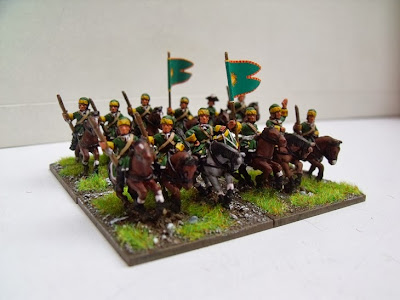 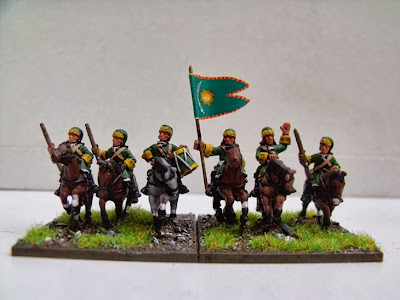 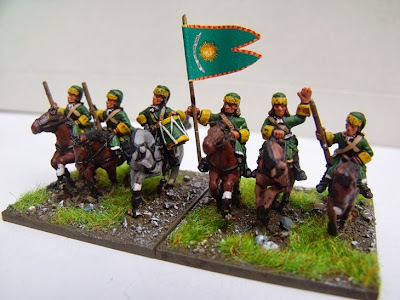 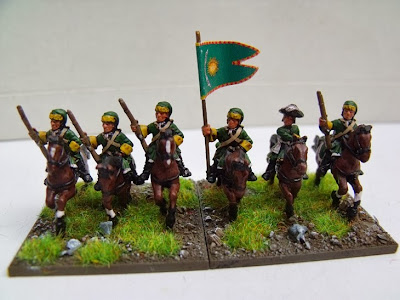 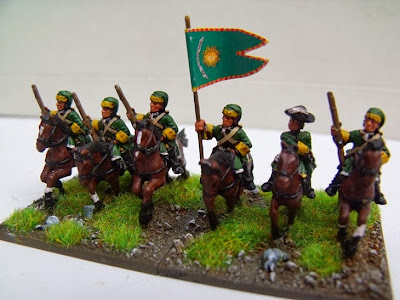 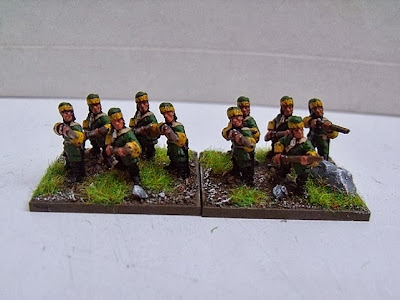 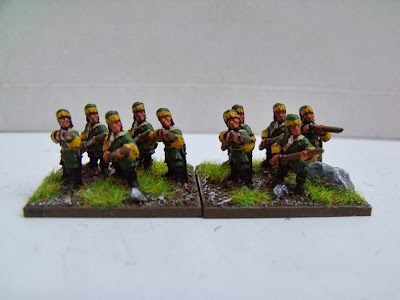 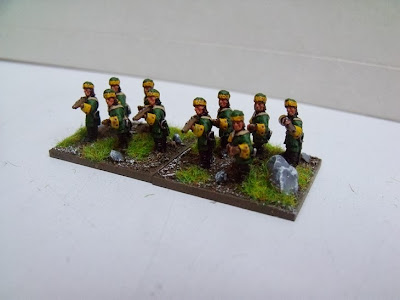