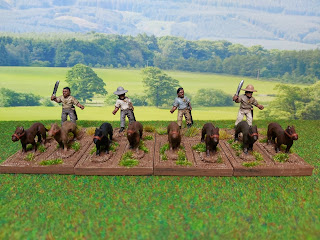 Bet you weren't expecting these after reading the title???

"These units were used primarily to hunt run away slaves but the Spanish used them against Native Indians. The British hired some to fight against the Maroon Revolt in Jamaica. The French also tried using these dogs in Battle in St. Domingue."

Taken from Arcane Scenery and Models 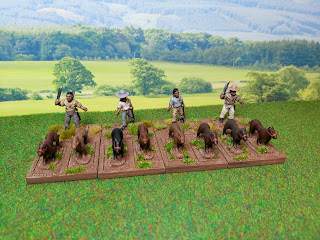 These were another part of my Christmas pressie for Mrs R and the kids. 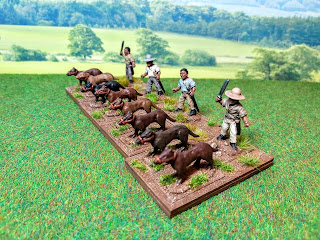 They should be an interesting unit to use on the tabletop! 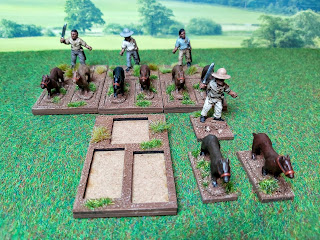 You can also buy purpose made bases to fit the figures in for ease of movement. 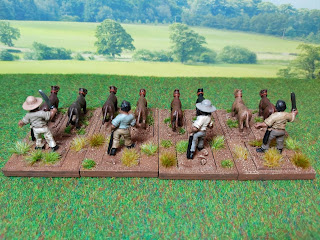 Not sure on the points for these??
20 for the men
16 for the woofers