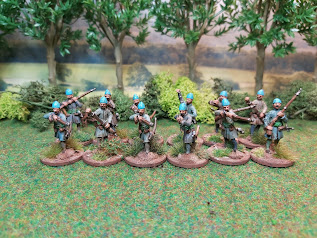 Next up for me are more of my new Donnybrook Ottomans.
My second Ottoman unit of the Challenge are 12 x Segban Recruit Musketeers armed with Matchlock Muskets. The Segban units were not a fully formed unit and acted mainly as light infantry for the Janissary Orta's
For those of you unaware in Donnybrook a Recruit Infantry units has 12 figures and throws D6 to hit and for morale, so as pretty as they look they're not the best unit on the board. 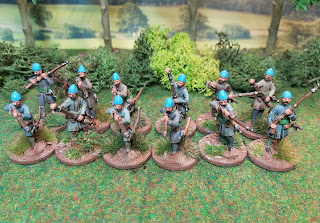 Segban units usual wore there own cloths, as they were not issued any uniform, but just for ease of use in games, I've given them all a light blue hat and green waistsash. I've kept the rest of their cloths pretty subdued, greys, browns and dull greens. 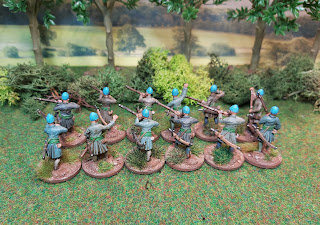 Points mean prizes so my Segban should earn me....