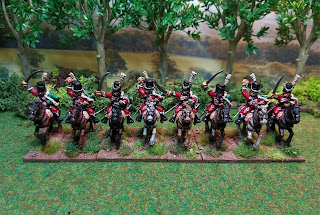 Back to the Haitian Revolution and to my favourite unit I've painted so far.
The York Hussars.....The York who? I hear you say? 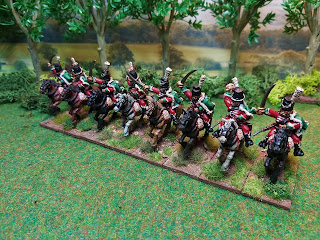 The York Hussars were raised in 1793 in Germany but with British Officers. There were 600 men in 3 squadrons. It fought in Holland before sailing for Haiti in March 1796, they saw action almost immediately. Many men perished from fever and there were less than 300 left in December and less than 240 by June 1797. Remnants of Hompesch and Rohan's Hussars were drafted into the regiment. They then left Haiti in August 1798, sailing for Jamaica, then back to England in October 1799. They were disbanded in July 1802. 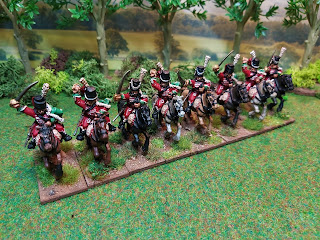 I've painted plenty of Napoleonic's over the years, but reading and seeing the great uniforms of the Revolutionary Wars, really floats my boat! The uniform is so different to the usual British  dress, so much that you wouldn't think they were a British regt.
The figures are from Trent Miniatures, although they are actually Lombardy Legion Hussars, whose uniform is almost identical to the York Hussars. So they had to be painted up! 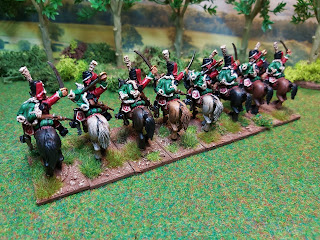