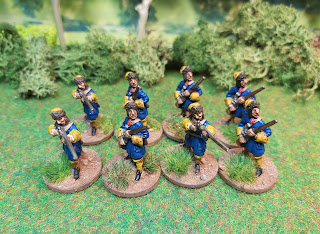 The Guardroom: This chamber-challenge is to paint some donut-munching, soundly-sleeping, or professionally competent guards. Bonus points for painting things they might be guarding, as well.
If Its Guards Curts asked for its the best Dutch regiment on the English establishment he gets! 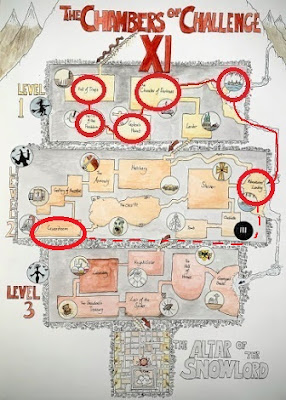 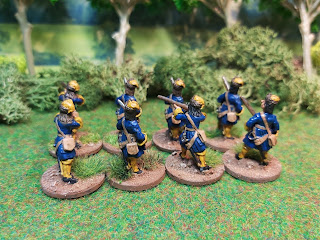 The regiment was renamed His Majesty's Guard Regiment of Foot in 1689. From 1688 to 1699 it served as William III of Orange's Guards regiment. Under King William III, the regiment served in England as his personal guard. During this time, it was also known as the "Blue Guards", because of the Nassau blue coats with yellow/orange cuffs and lining. After Willem III died in 1702, the regiment was renamed the Dutch Guards. The uniform became dark blue with poppy red lining and cuffs; white metal buttons on the coat, and white lace loops; waistcoat and breeches became white. This uniform was worn throughout the 18th century. 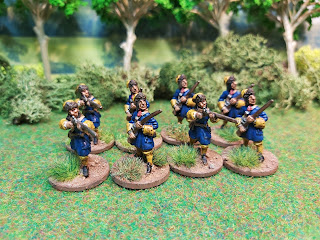 In 1699, William negotiated the second partition treaty (with France) in coordination with the Dutch Estates General and Betnick but left the English Parliament out of the loop. In revenge, they stopped funding his Dutch Guards, and he contemplated abdication:

"I am so angry (William to Heinsius) about what is happening in the House of Commons in the matter of the troops, that I can hardly concentrate my thoughts on anything else. I foresee that I shall have to come to extreme decisions and that I shall see you in Holland earlier than I had intended"
Yes its more Donnybrook, Woo Hoo, all from Essex Miniatures as well!
Onto the points 20 for the Guardroom bonus and 40 for 8 x 25mm figures for a total of.....
60 points!
Posted by Ray Rousell at 10:00