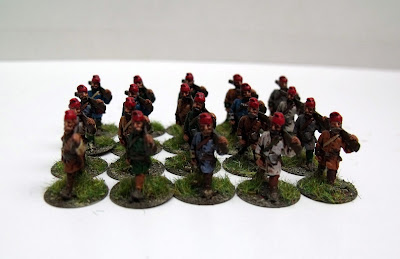 I'm well behind in posting all my newly painted figures so I'm going to try to catch up on a few this week, today's post  was entered into the Analouge Painting Challenge, at the end of February, the Quebec Militia earned me 60 points!!! The figures are from Essex miniatures, and bases are from Peter Pig. I do need to get some command for this group, unfortunately Essex don't make any for the Canadian Militia, I've got plenty of other figures I can use though. I must admit I'm not that keen on the pose for these figures, if I hadn't of already owned them, I would have bought the more dynamic poses from BlueMoon...but there you go!!!!!
The photos are not the best I've taken, so apologies for that!. I pinched the last photo from Fran's blog post about our recent FIW test game  , the Militia didn't really take much of a part, they stood a looked threatening in the woods, while their brothers from Montreal got stuck in!!

The Canadian Militia were a major asset to the French Commanders during the War, unlike the the Provisional troops from the 13 Colonies. They Canadians were geared up for war, Montcalm apparently described them as " born soldiers from the age of 16......on the rolls of Militia, boatmen and good shots and hunters......They excelled on forest war and ambushes"
While they were not trained to fight in the linear tactics of European warfare, but were more proficient in wilderness fighting and scouting. Like the Militia from the 13 Colonies the Canadians were mainly assigned to protect forts and other remote outposts. They were also assigned to scout and flank activities when part of a column.
The number of Militia raised in New France never exceeded 15,000 men per year, they usually returned home after the campaign season had finished and returned to the war effort the next year. 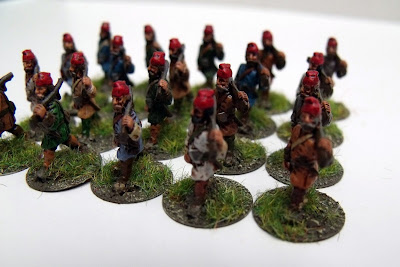 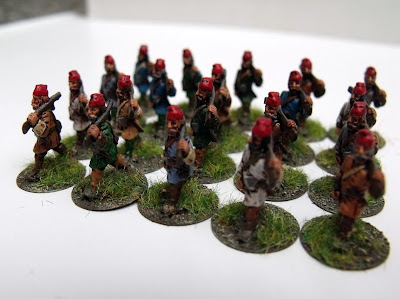 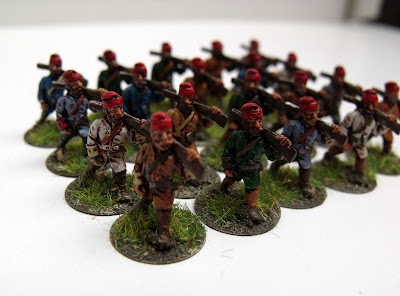 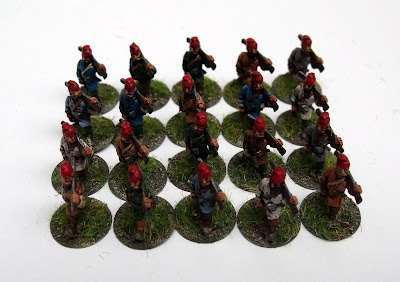 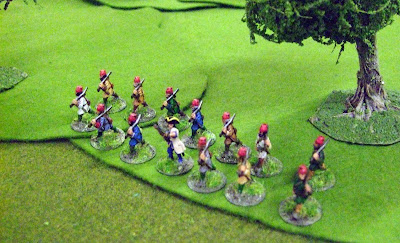