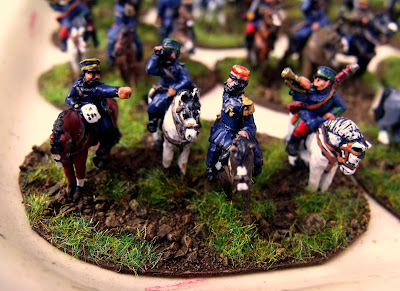 At the end of the Analouge Painting Challenge I had these Generals very, very  nearly finished, only the gold and silver was left to do along with the final once over and basing. Unfortunatley they didn't make it to the final cut, so along with the recently posted ACW disordered markers. They would have given me approx 530 points, which would have been nice. They were finished off over the past weekend and handed over to Postie. All figures are from Irregular Miniatures, although some are from their Franco-Prussian range, which fit in quite well with the uniforms from the Russo-Japanese War. 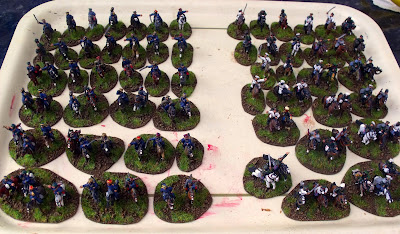 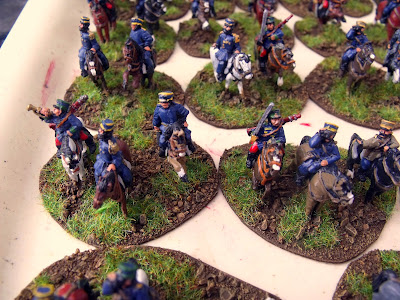 Japanese Army Commanders, 3 to a base. 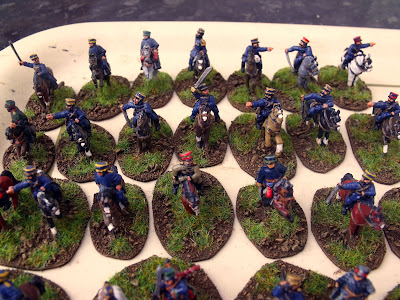 Single based leaders are Brigade Commanders. 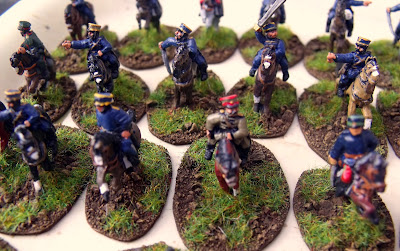 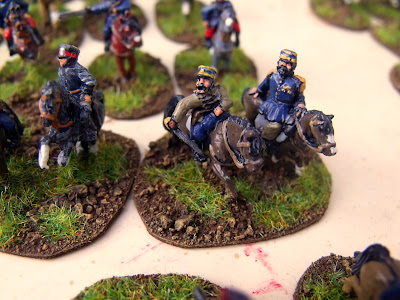 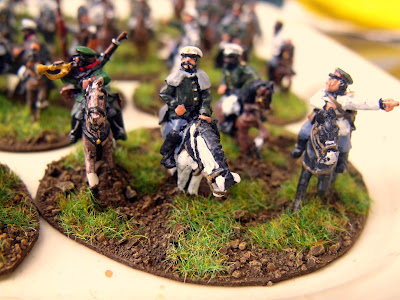 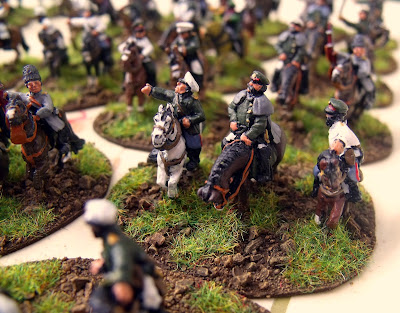 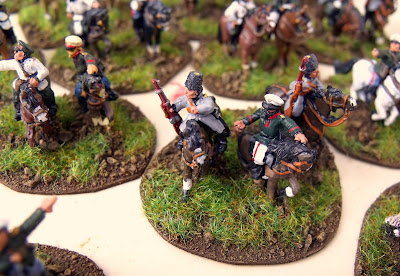 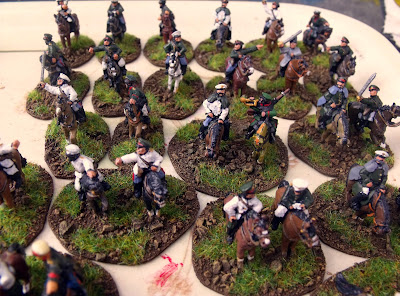 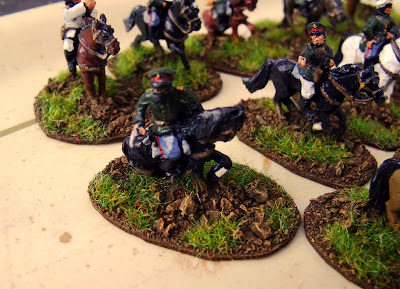